As if four-headlamp E-type Jaguars aren’t newsworthy enough — only three such cars were produced — perhaps even more fascinating is the story of the owner of one of those vehicles. 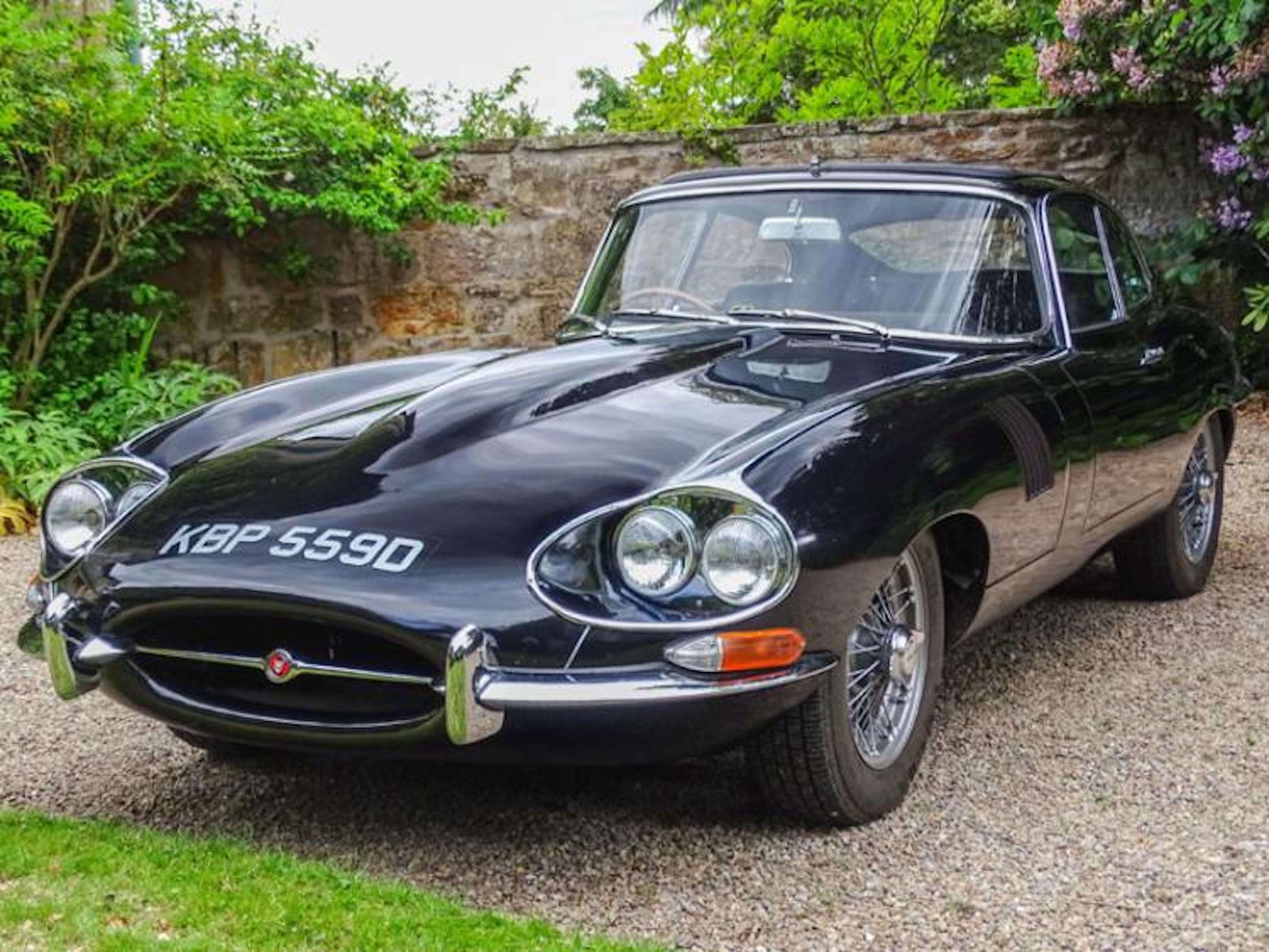 For many years, the car was owned by the Earl, who apparently was quite a character, something of a modern-day swashbuckler who, according to H&H Classics, “dressed like a Restoration buck, wearing scarlet velvet jackets with black frogging, floppy cuffs and outsize buckles on his belt and shoes, the heels of which were covered in red patent leather to match the jacket.” 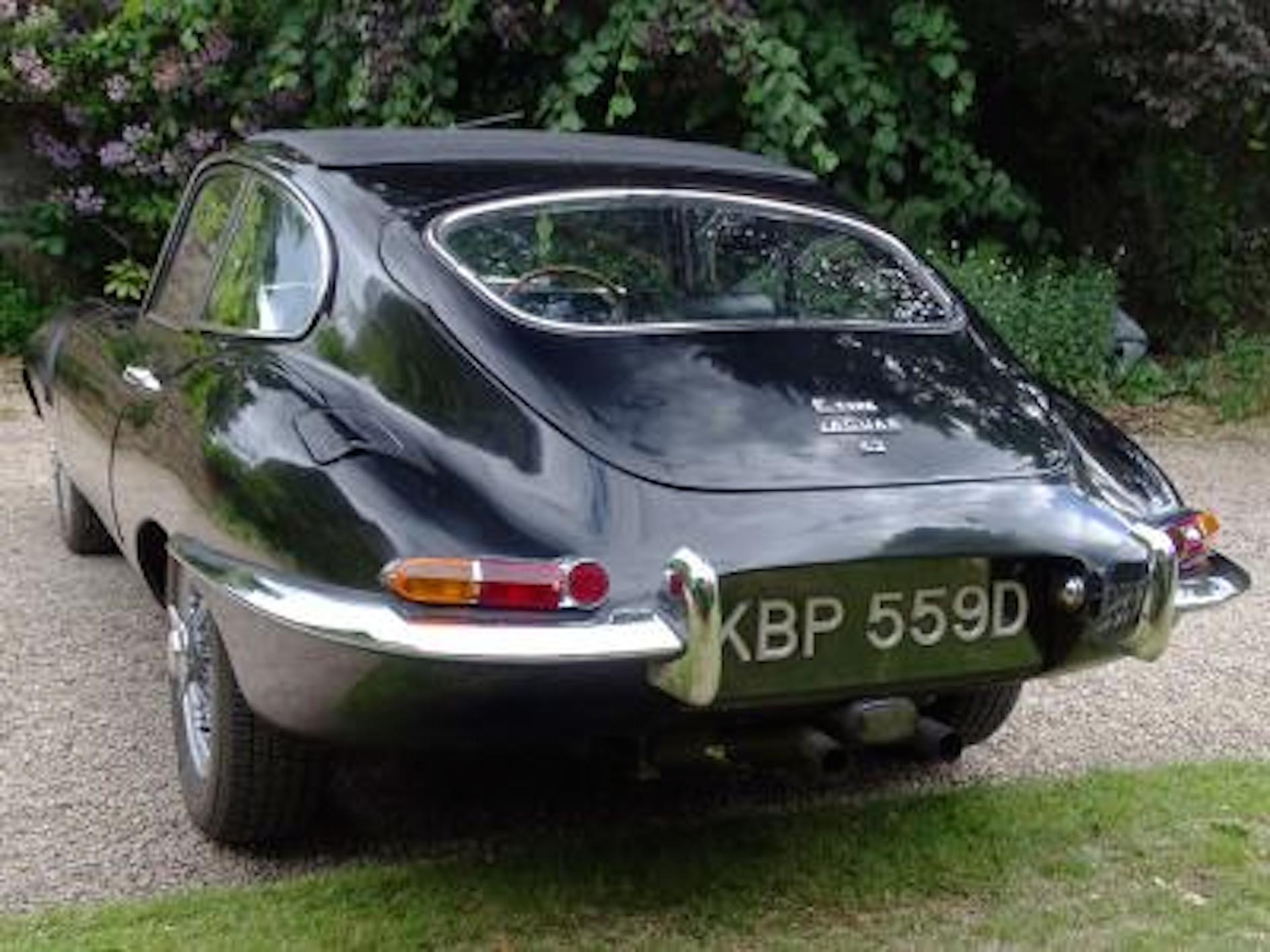 The E-type heading to auction was one of six sleek Jaguar sports cars crashed by the Earl according to Title Deeds: Growing up in Macbeth’s Castle, a book written by the Earl’s daughter, Lady Liza Campbell.

“Pa’s philosophy was that when in town obeying a red light after midnight was a sinful waste of precious time…,” she wrote.  “Typically he would crash at night, after dinner…

“Instead of spotting any correlation between drinking and the crashes, my father came to an altogether different conclusion: E-types were rubbish and their suspensions dangerous… and thereafter he drove Ferraris.”

The H&H Classics news release made no mention of how many of those Ferraris also were written off by the Earl. 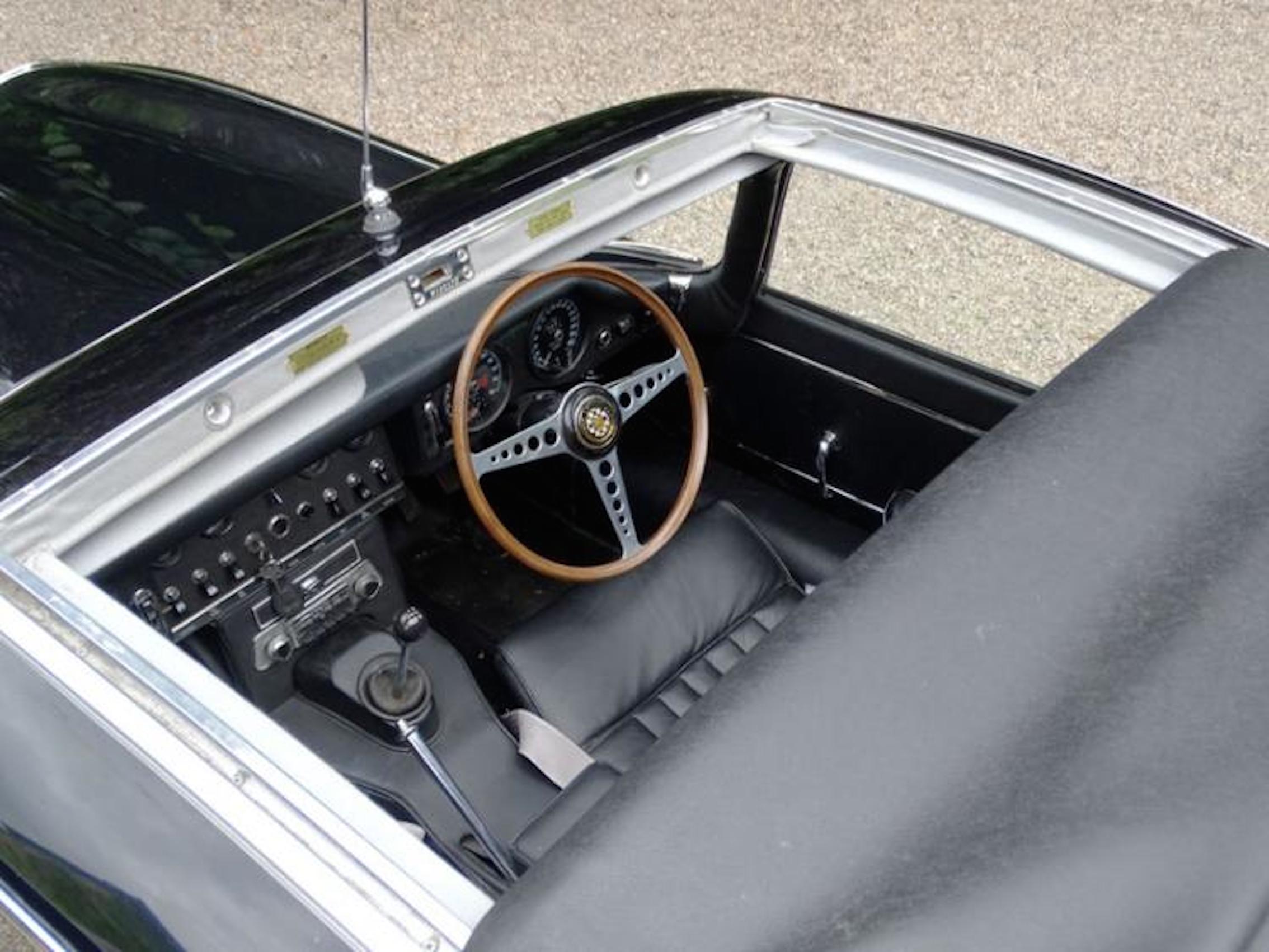 The 1966 four-lamp E-type suffered “some accident damage” in 1967 but was retained by the Earl’s family, H&H Classics notes. The car was sold in 2003 to its current owner, who had it restored and drove it in several rallies, reporting it to be “a very good driving car with excellent road holding” — regardless of the Earl’s assessment.

Only four of the quad-lamp E-types were produced, H&H Classics noted, the first for Andrew Douglas Alexander Thomas Bruce, the 11th Earl of Elgin who also was president of the Royal Automobile Club and the Ecurie Ecosse racing team.

The new hoods and headlamps were fabricated by Abbey Panels with the approval of Jaguar’s William Lyons. 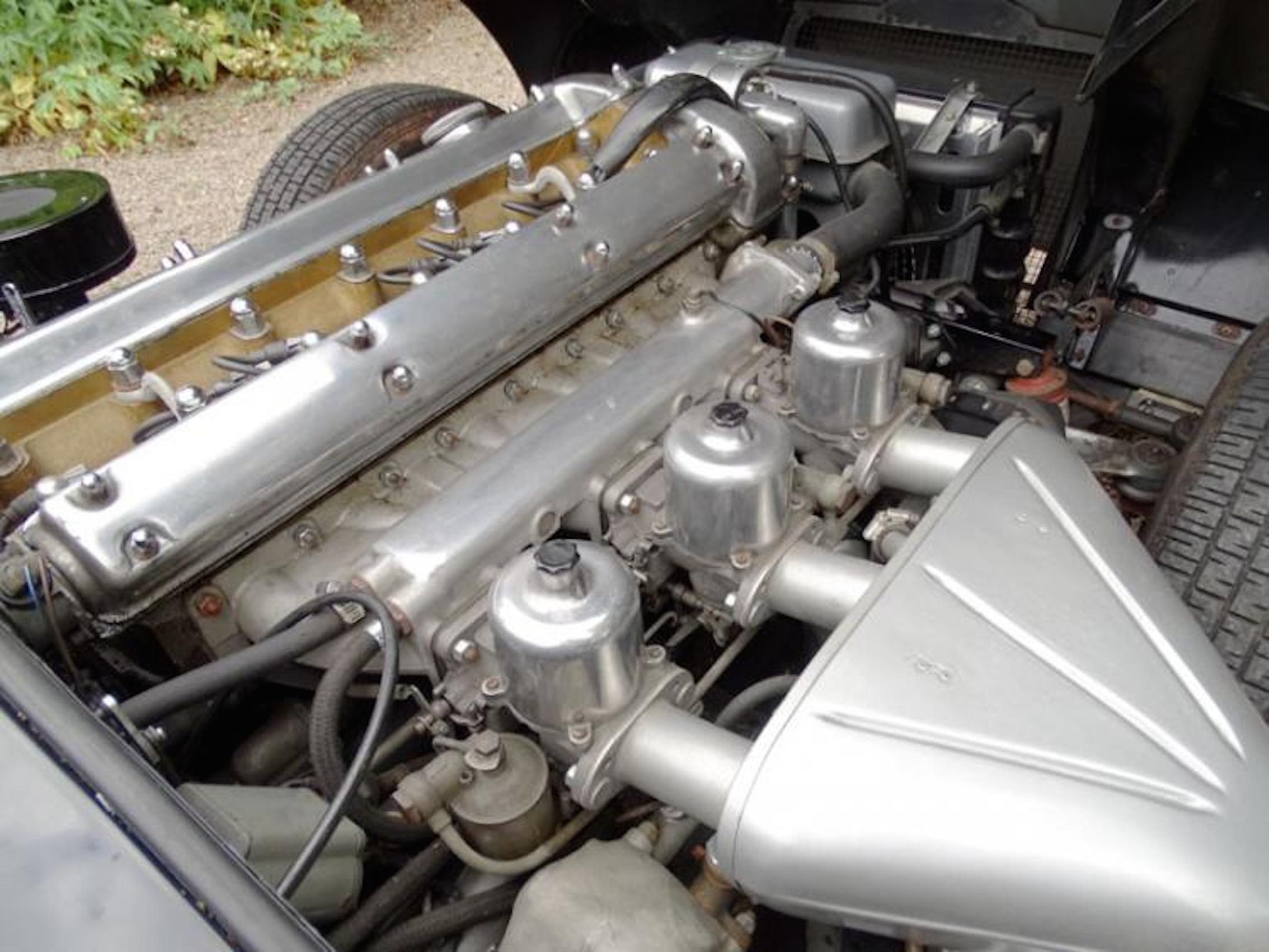 Chassis 1E21103 “is an extremely rare version of the classic E-type Jaguar with a fascinating Scottish provenance in good condition,” said Roger Nowell of H&H Classics. “A great car to drive and a superb investment in the very best of British automotive design and engineering.”