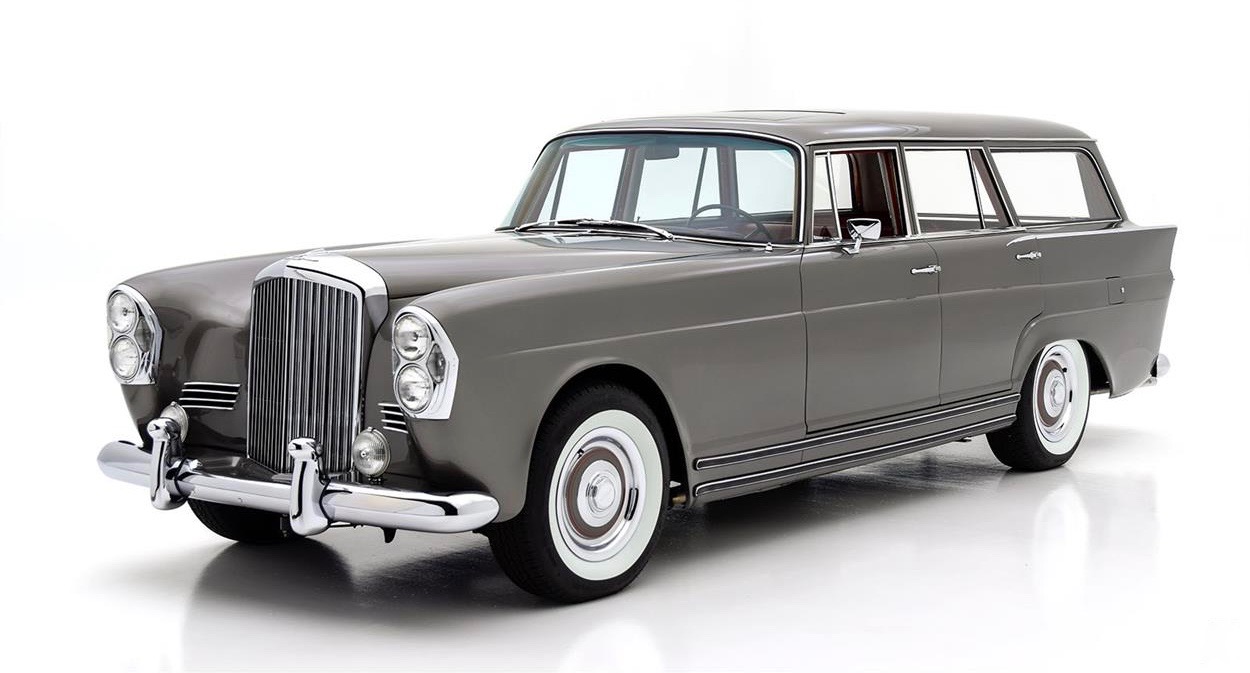 You don’t have to wait for the auctions next week on the Monterey Peninsula to find intriguing vehicles that are expensive and come with fascinating stories. Take, for example, the Pick of the Day, a 1960 Bentley S2 Wendler being advertised on ClassicCars.com by a dealer in St. Louis.

As the story goes, the car was built for an anonymous buyer who listed his address only as the New York Yacht Club. 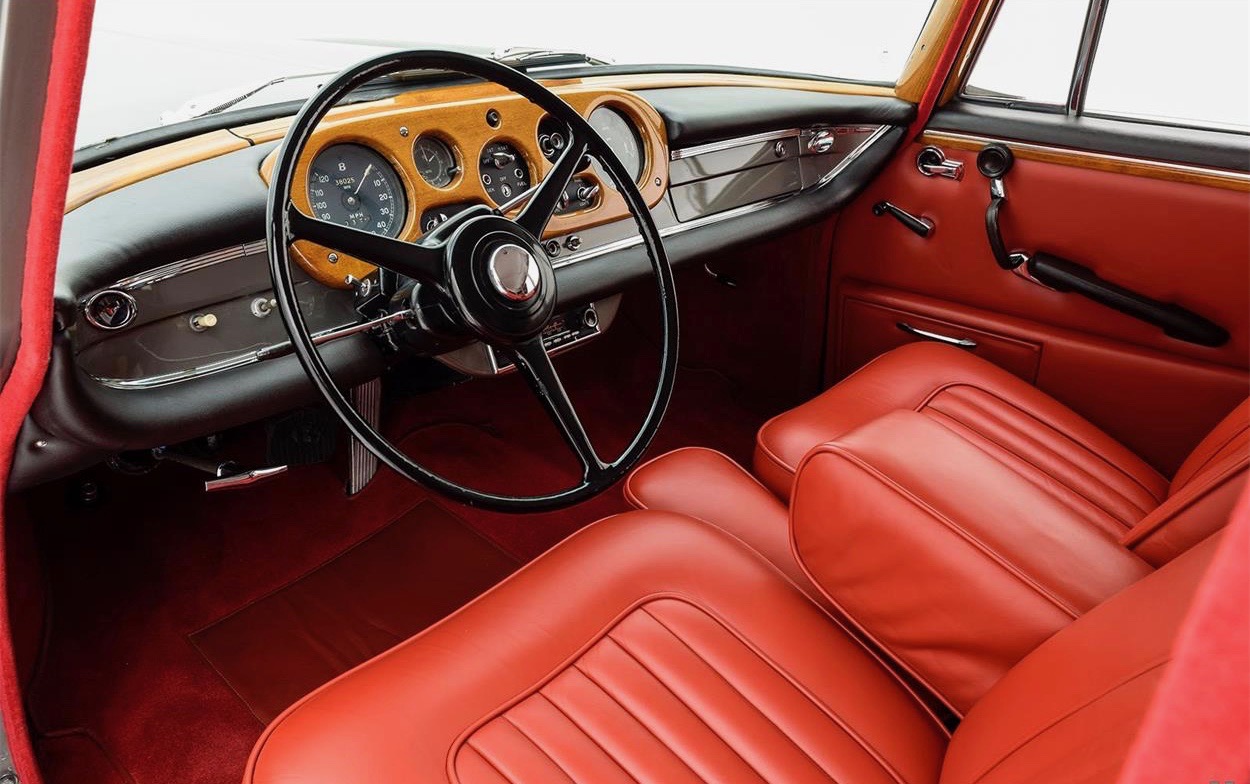 “Anonymity was apparently vital to him, though the thoroughly unique body he commissioned seems to contradict that idea,” the dealer notes in the car’s advertisement.

The station wagon was the second one-off car the buyer had commissioned from Wendler Karosseriebau, the German coachbuilder founded in 1919. At first the company did commercial truck bodies, but it also produced streamlined designs on BMW, Mercedes-Benz, Ford and, most famously, Porsche 356 chassis, including the 550 Spyder, RSK and RS61 racing cars.

Wendler also did a shooting brake/estate car for the client based on the Mercedes-Benz 300 d’Adenaur. When it was time to replace that car, Mercedes refused to supply a new chassis so the buyer opted for the Bentley S2, one of only 57 long-wheelbase chassis and one of only six that would receive custom coachwork while still brand new.

Chassis LLBA9 went to Wendler, which grafted on the body from a Mercedes W112 300 but with many hand-fabricated parts “to suit the scale of the Bentley chassis and the new shooting brake configuration,” the dealer notes. 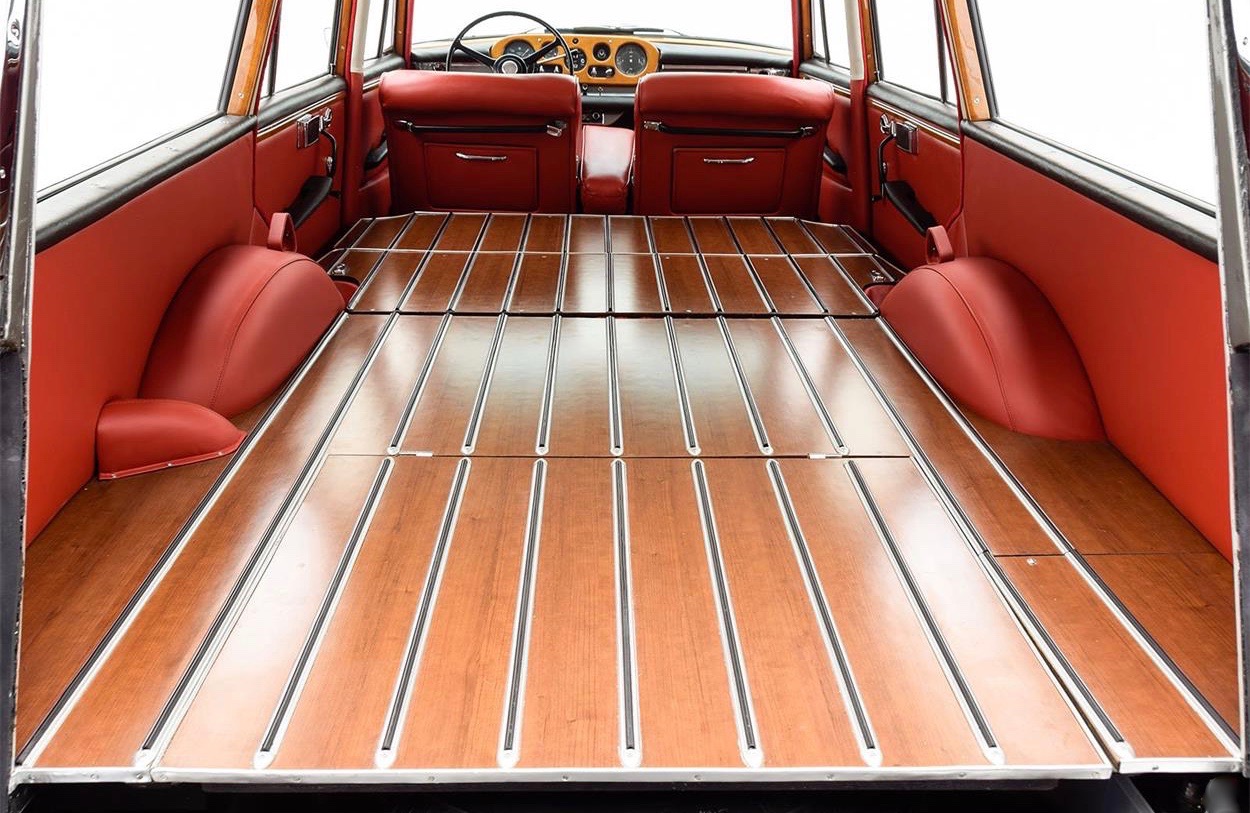 “The result of the effort is a remarkable machine that is instantly recognizable as both a Mercedes-Benz and a Bentley, simultaneously.”

Interesting note: The bullet-style tail lamps are from a 1960 Buick.

Eventually the car was donated to a museum — “anonymously, of course,” the dealer points out. After a period in the museum, the car was sold to an overseas owner, but returned to New York in the 1980s. It was restored in 2012-13 by Automotive Restorations Inc. of Stratford, Connecticut, returned to its original silver-gray color of an orange-red interior and debuted at the Amelia Island concours in 2013.

“The opulent cabin has been completely restored using beautiful Connolly leather,” the advertisement notes. “Wendler cleverly blended the Bentley controls and instruments with a Mercedes-Benz dash. The dials sit in a bespoke central fascia surrounded with oak trim in place of the typical walnut veneer. The oak trim — subtle nod to the car’s American roots — repeats on the windscreen surround, door tops, and the cargo area floor.

“The beautifully crafted interior melds British and Teutonic sensibilities, while maintaining a unique character that would be equally at home parked up at the New York Yacht Club’s 44th St. Clubhouse or Harbor Court in Newport, RI.” 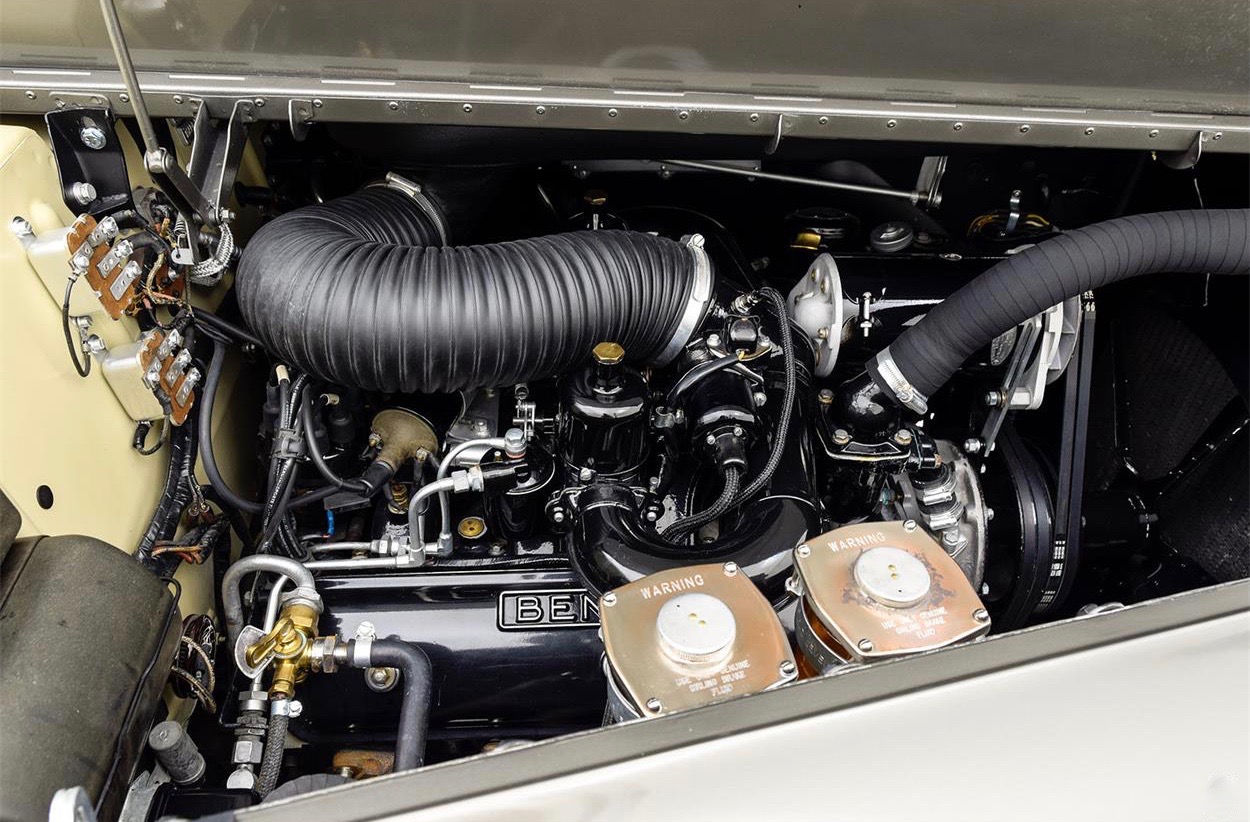 The car seats five “and all the luggage they could carry,” the dealer adds.