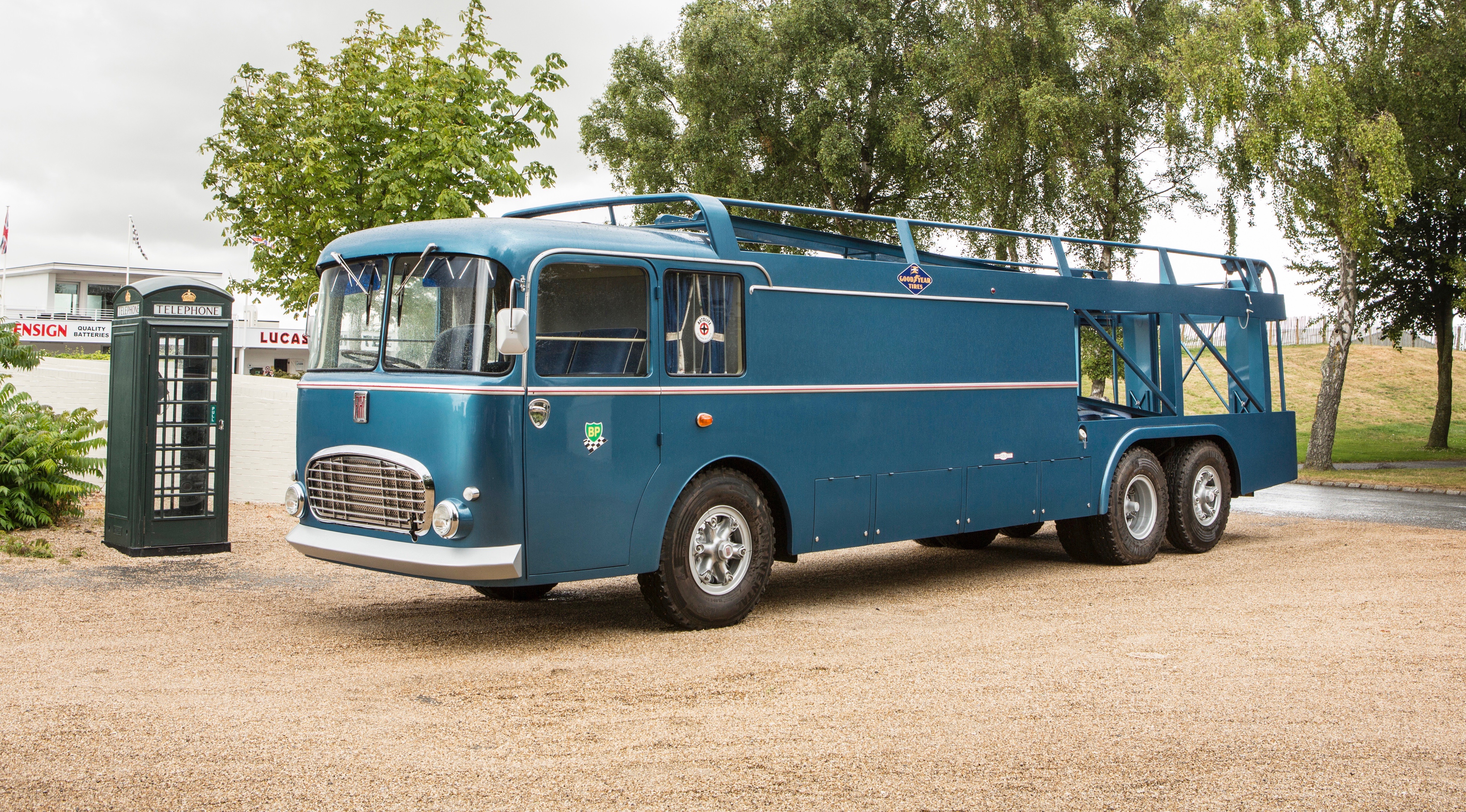 The 1957 Fiat Bartoletti transporter featured in Steve McQueen’s movie Le Mans, as well as used in the real world by the Maserati, Shelby American and Alan Mann racing teams, will be offered for bidding September 8 at Bonhams’ Goodwood Revival auction, Bonhams announced Tuesday.

During its possession by McQueen’s Solar Productions movie company, the bus-style race-car transporter “was repainted in almost every recognizable racing livery throughout filming to ensure that it could be used as a prop in as many scenes as possible,” Bonhams noted in its news release.

“It finished its stint on set painted a striking bright red having been portrayed as a Scuderia Ferrari vehicle.”

Bonhams adds that during its use by racing teams, “it transported some of the greatest cars and drivers in motoring history,” including works Maserati 250Fs, works Shelby Cobra roadsters and works Ford GTs that were driven by the likes of Juan Manuel Fangio, Dan Gurney, Phil Hill, Graham Hill and others.\

“This is a true piece of motor racing history,” the auction house added. “It is 9m in length and can reach an impressive 85km/h despite having room to carry three racing cars and at least seven crew members.”