Best of the Bentley Boys’ 1929 Bentley headed to auction

The 1929 Bentley 4 1/2-litre Le Mans-style tourer originally owned by Woolf “Babe” Barnato will be offered up for bidding October 17 at H&H Classics auction at the Imperial War Museum in Duxford, England, the auction house has announced.

Barnato not only was one of the famed “Bentley Boys,” but he bankrolled four of Bentley’s five victories at Le Mans and was a winning driver in three of them.

“The best driver we ever had and, I consider, the best British driver of his day,” William O. Bentley said of Barnato. “One who never made a mistake and always obeyed orders . . . He won Le Mans three times running, an achievement no one else has equaled.

“He was a formidable man, behind a glass of whisky, behind a driving wheel, and behind a boardroom table. He enjoyed himself with Bentley Motors, enjoyed the racing and the status it brought him in the public eye. In spite of 1931, and the bankruptcy, ‘Babe’ and I never quarreled.”

“Woolf  ‘Babe’ Barnato was the son of a multi-millionaire whose wealth had come via numerous South African diamond and gold mines,” H&H Classics noted in its announcement, adding that Barney Barnato sold his company to Cecil Rhodes’ De Beers firm in 1889, six years before his son, Woolf, was born

Woolf Barnato fought with the Royal Field Artillery in World War I, “enduring the horrors of Passchendaele and fighting as far afield as Gaza and the Jordan Valley,” H&H noted of “Babe’s” emerging from the war with the rank of captain.

He returned to England after the war and had to take legal action to unlock his inheritance. His circle of friends included Malcolm Campbell and Ettore Bugatti, he owned Ardenrun Hall, a 1,000-acre estate in Surrey, and he bought Bentley in 1925; he became both owner and one of the famed Bentley Boys racers.

“As chairman and majority shareholder of Bentley Motors, Barnato had his absolute pick of the company’s products. One of just two normally aspirated 4 1/2 Litre cars that he took delivery of (the other being ‘YH 3196’ which no longer exists in its original form), ‘GU 1927’ represents a concrete link to the man who saved one of Britain’s greatest marques.”

“This is one of those cars that it is almost impossible to put a value on given its history,” Damian Jones, head of sales for H&H Classics, is quoted in the company’s news release. “But for its owner pumping money into Bentley, the company may now be just a dim memory instead of being one of the world’s leading luxury brands. And then there is the glamour of the gilded Barnato name. This is a must buy for anyone who has a passion for Bentley.” 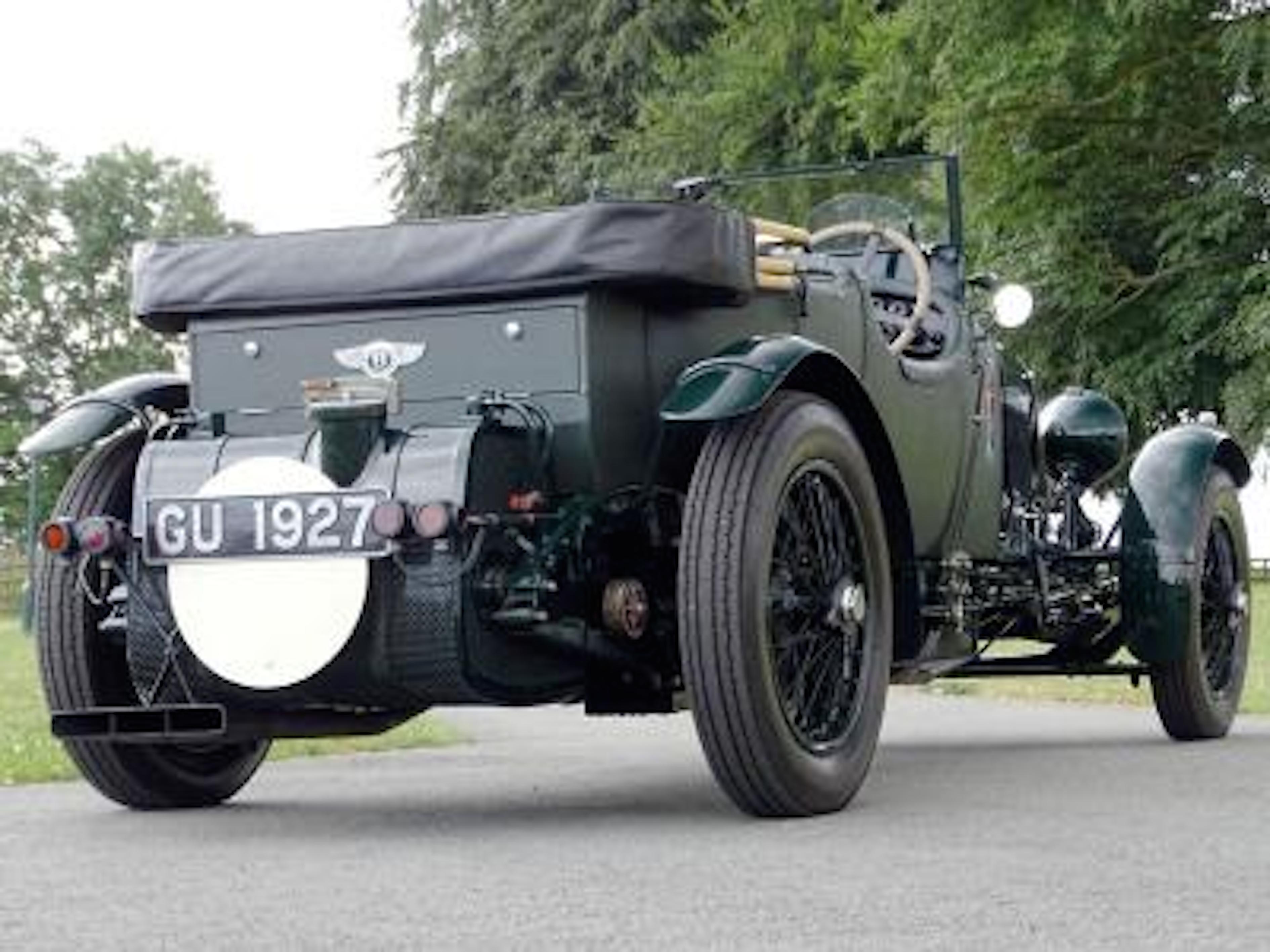 Do you prefer Mustangs or Camaros?