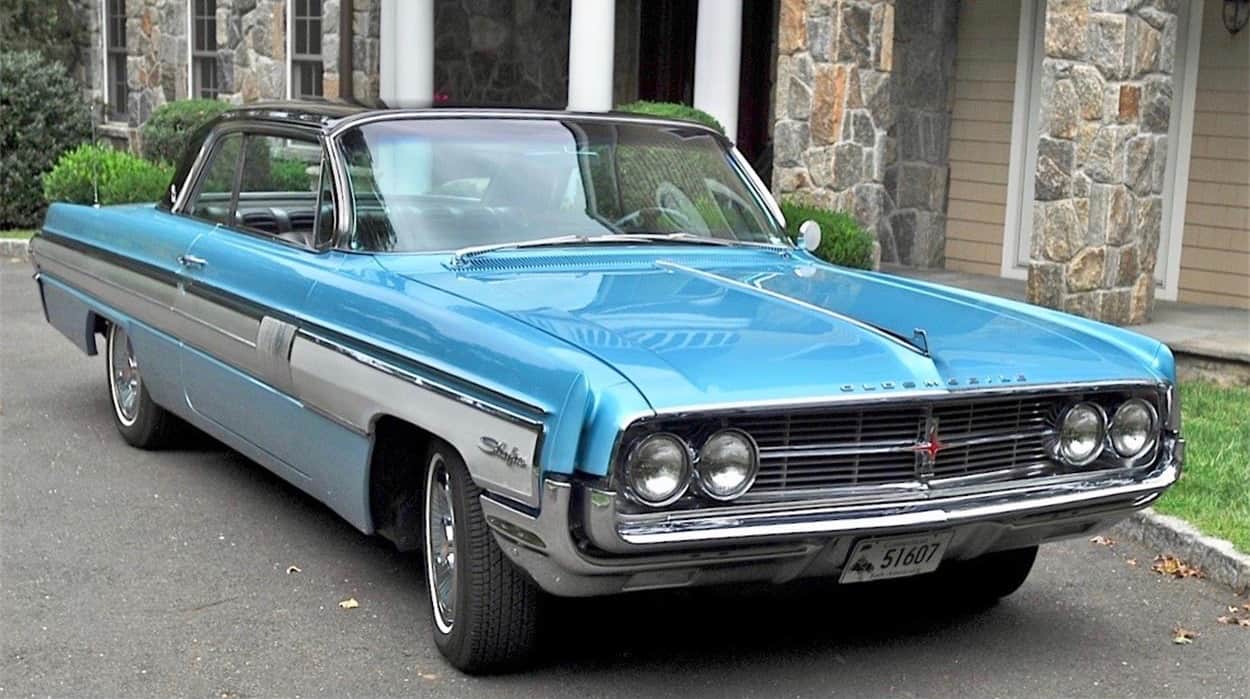 The New York Times reported in 2013 that the obituary in the local newspaper for Edna Potvin, a Glen Falls, New York, resident who died in 2005, noted, “Mrs. Potvin was well-known in the Glen Falls area for the immaculate turquoise-and-black 1962 Oldsmobile Starfire, which she drove until the age of 90.”

That 1962 Oldsmobile Starfire coupe is the Pick of the Day and is being advertised for sale on ClassicCars.com by its second owner, who was married to Mrs. Potvin’s granddaughter.

“This was my ex-wife’s Grandmothers car,” the private seller notes in the advertisement. “I am the second owner and acquired the car in 2001, and had it restored by Blackhorse Garage in Bridgeport CT.

“The engine was rebuilt by GM (Queensbury Motors Glen Falls NY) at 100k miles. The transmission and all system have been rebuilt in the last 4k miles. I have spent at least 50k on this car. New York Times wrote an article about it.”

The seller adds that he recently has acquired several other classic vehicles and needs to move this one out to clear space for the newcomers.

Oldsmobile introduced its mid-size Starfire model as a mid-year entry in 1961 and in 1962 added a coupe to the lineup of its entry into the personal luxury car category.

According to the report in The New York Times, Mrs. Potvin custom-ordered her Starfire with black faux convertible-style roof over its turquoise and silver exterior. The interior is gray.