All cars with powerful engines qualify as muscular, according to our poll 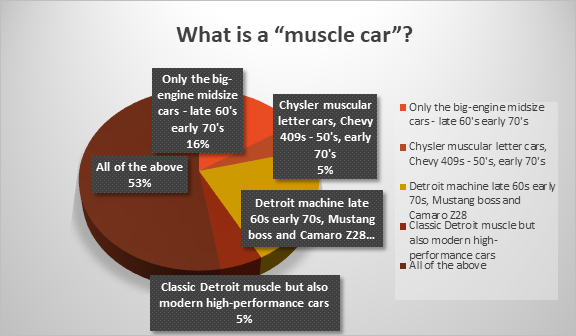 We offered four definitions in our most recent weekly poll:

While Detroit muscle from the late ‘60s and early ‘70s, including Mustang and Camaro, drew 21.05 percent of the votes, by far the most popular definition as “All of the above,” with 52.63 percent.

Our new poll asks how often you drive your collector car.

Rant: Was the 1936 Buick Century the First Muscle Car?

What is your favorite muscle car?