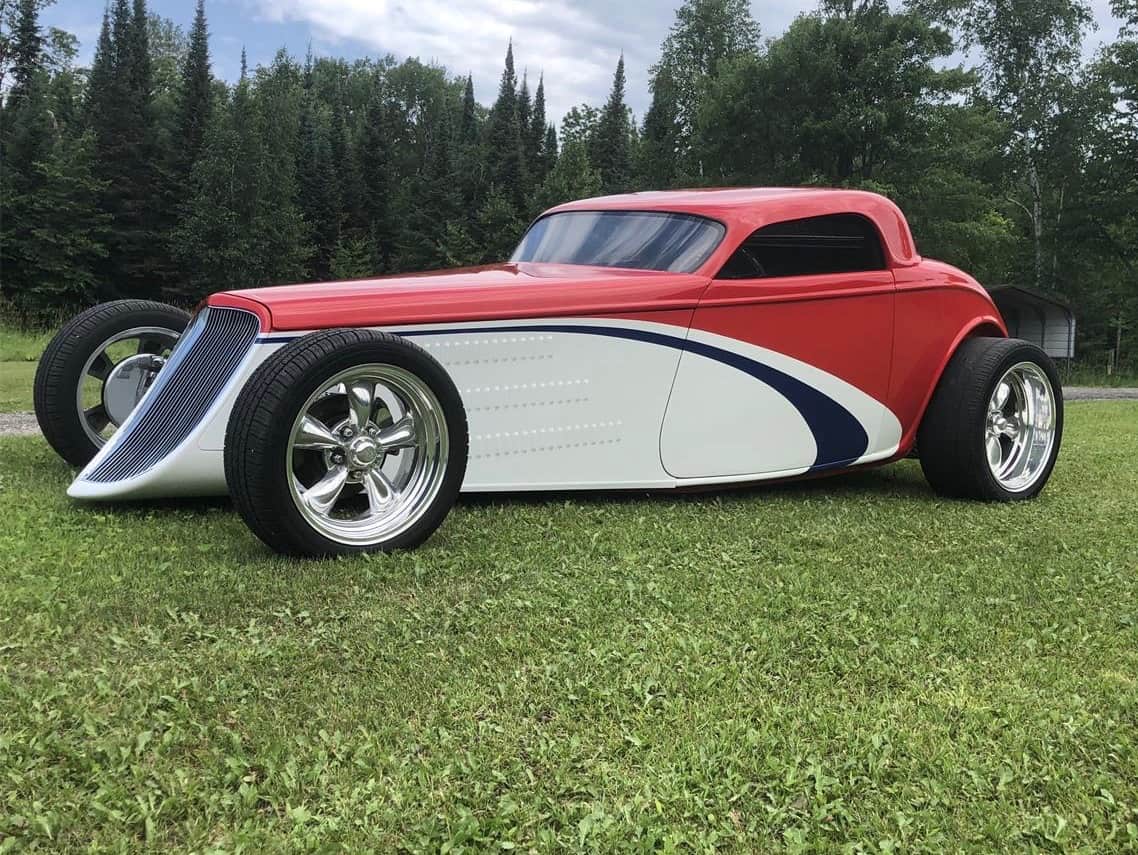 Flathead Fords or small-block Chevys tend to be the engines of choice among hot rod builders, but the Pick of the Day, a 1933 Ford coupe, has a Dodge Viper V10 under its hood.

The hot rod is offered for sale by a private owner in Marcell, Minnesota, who notes in the advertisement on ClassicCars.com that the car originally was built for champion drag racer Paul Romine.

The build was by Spitzer Coach Works, which reportedly made extensive use of carbon fiber throughout the car. 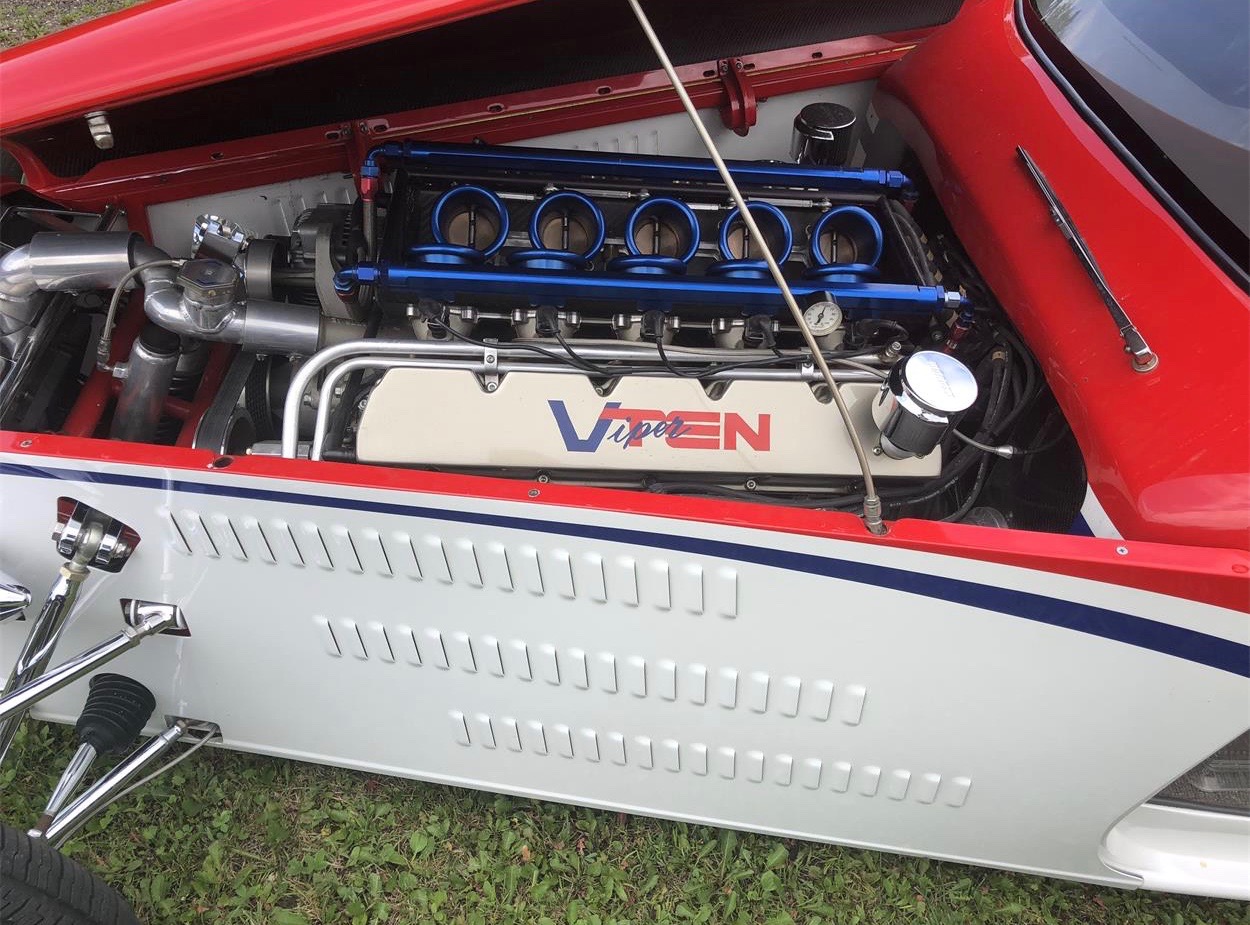 The Viper engine was factory fresh when it went into the car and has been rated at 440 horsepower at the rear wheels. The engine is linked to a Tremec T-56 six-speed transmission.

The car has independent rear suspension with inboard disc brakes. Front suspension is inboard by rocker-pushrods. Front wheels are 17 inches and rears are 20s. The car has power steering and brakes.

The interior was done in leather by Jimmy Sneed of Louisville and has vintage air conditioning as well as heater and defroster. Windows and seats are electric powered. 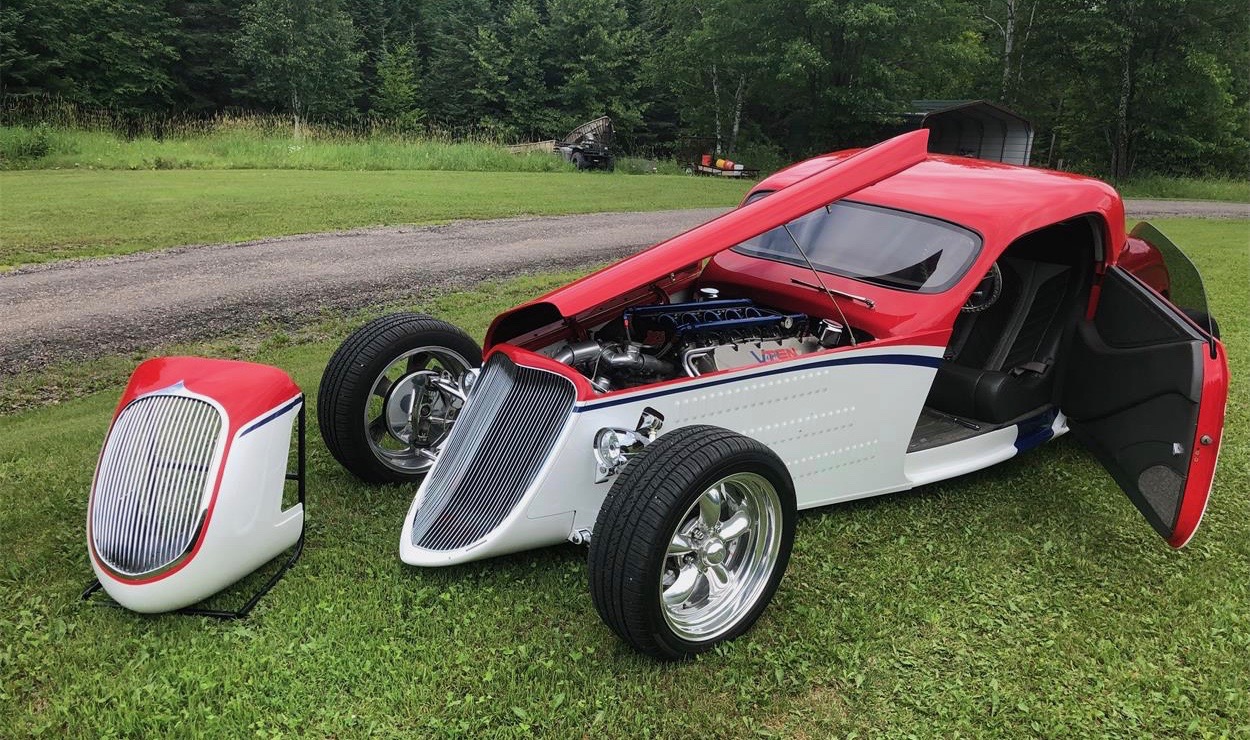 The car comes with two interchangeable nose sections — one a track-roadster type and the other a 1933 laid-back style.

The seller says the car “runs cool, very well-balanced and is real fast, and not a trailer queen, we drive it!” (The odometer shows 11,000 miles.)