It’s become popular — too popular — for people who can afford it to buy an exotic new and limited-production vehicle and almost immediately move it into storage so they can offer it for sale with ultra-low mileage sometime in the future.

And then there’s David Kyte, who just took delivery of the first customer-delivered McLaren Senna — chassis number 001 — and set off on a 1,400-kilometer road trip in the company of four other Sennas, three of them cars and one of them being Bruno Senna, nephew of the late racing superstar Ayrton Senna.

Their destination was the Circuit Paul Ricard and the “Pure McLaren” driving experience taking place this weekend in the south of France, McLaren Automotive noted in its news release about the delivery and drive, which also included a McLaren 720S and 600LT.

“Handing over the key to the first customer McLaren Senna built was an honor for me and a milestone for the company,” McLaren Automotive chief executive Mike Flewitt said.

“David Kyte is a longstanding McLaren enthusiast with a true passion for our brand and a number of McLarens to prove it. We have had many conversations about the car he has now taken delivery of and while I believe that the McLaren Senna is already incredible in every respect, the additional work that David has commissioned from McLaren Special Operations has taken ‘Senna 001’ to another level.”

McLaren noted that the special paint — prep and application — consumed 600 hours of work by two specialists.

Other special features of the 001 car include the years he won the World Driving Championship engraved on the throttle pedal and the layout of the Interlagos racing circuit in Brazil on the front of the car. The interior also has black Alcantara trim with diamond-stitching in the seats and the Senna “S” logo in each headrest in Harissa Red. 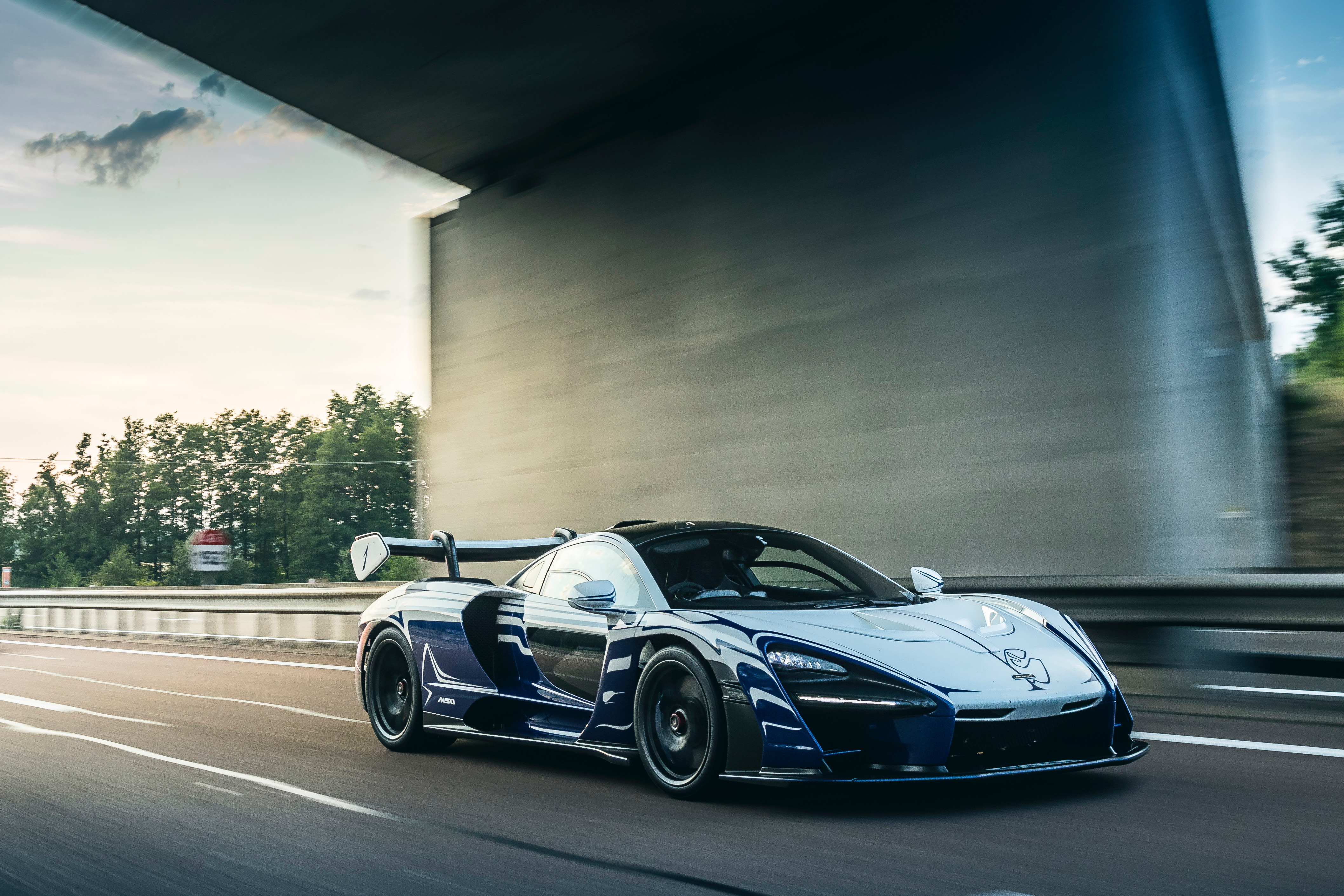 “I committed to buying a McLaren Senna as soon as I became aware that McLaren was developing the car – so long before the name was confirmed – but leaving the McLaren Technology Centre after the handover ceremony was the first time I have actually driven one,” Kyte said.

“Now, with 1,400 kilometers covered, I’m delighted to report that as someone who rates driver engagement as crucial to driver enjoyment, the Senna has more than exceeded my expectations.”