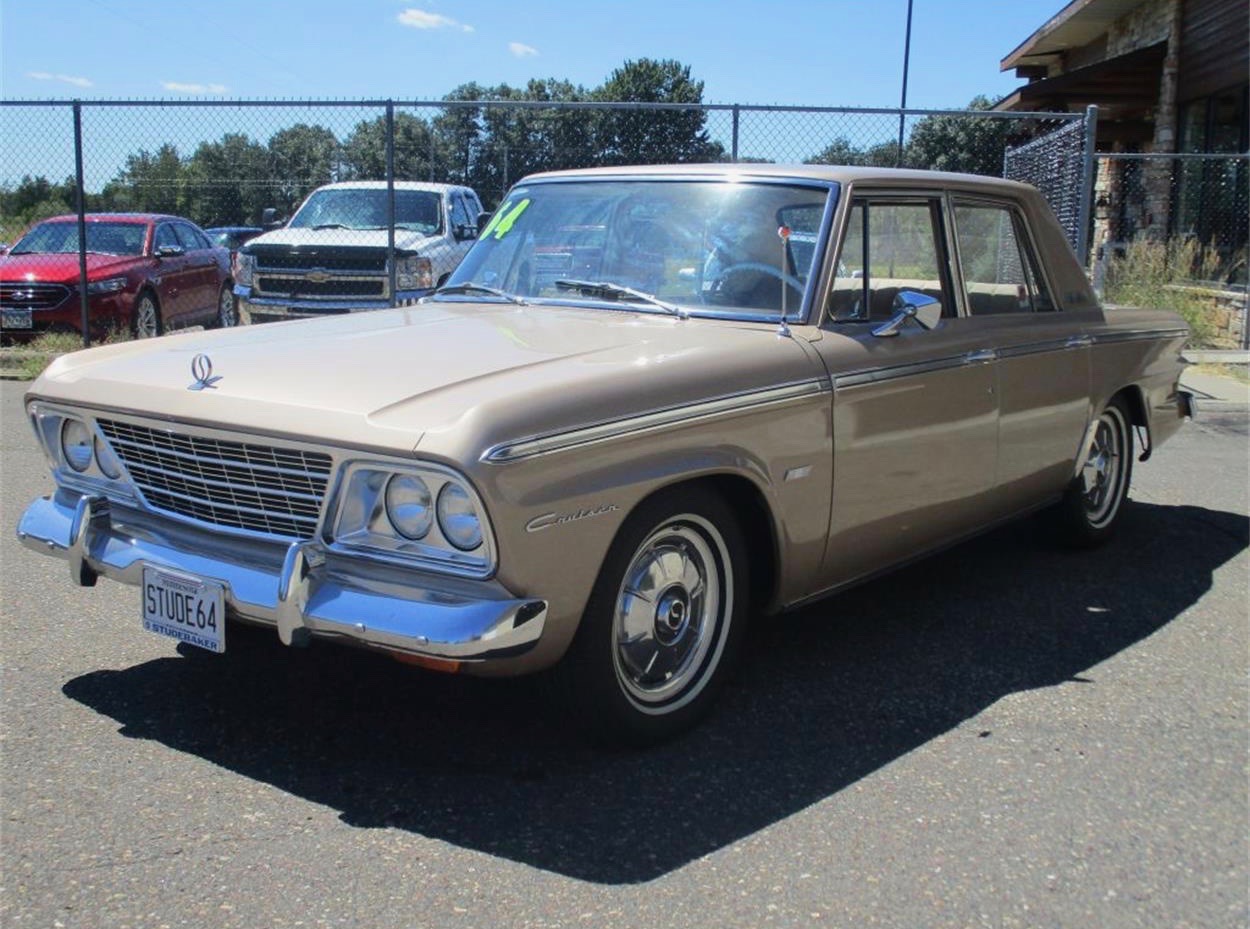 If you want to attend the inaugural event, and you want an affordable but appropriate vehicle for the drive, you might consider the Pick of the Day, a 1964 Studebaker Lark Cruiser 4-door sedan being advertised on ClassicCars.com by a collector car dealership in Ham Lake, Minnesota.

“A very nice and clean 1964 Studebaker Lark Cruiser 4 door that drives like it was when it was new!” the dealer promises.

“The owner had lots of stuff done to make it run and drive so nice.”

For the 1964 model year, Studebaker de-emphasized the Lark nameplate in preference to several versions of the car — Challenger, Commander, Daytona and Cruiser, as well as a very few Taxi and Heavy-Duty versions. According to the Standard Catalog of American Cars, only 5,023 of the 4-door Cruisers were produced.

The ad notes that the car originally was sold in North Dakota, resided at some point in Virginia, and that everything from the window sticker to receipts come with the car.

With the car’s rarity, who knows — you might show up and be ushered right onto the concours show field.