Duesenberg built only two of its 1935 SSJ models, and both of them went to Hollywood superstars — Gary Cooper and Clark Gable. Cooper’s car is expected to bring bids of more than $10 million when it crosses the block in August at Gooding & Company’s annual Pebble Beach auction.

“This incredible car embodies everything that is exciting about an automotive masterpiece: beauty, rarity, provenance, and sheer power,” Gooding founder and president David Gooding said in his company’s news release on the car. “This SSJ is one of the all-time greatest classics and is poised to set an auction record for a pre-war American car.”

“Gary Cooper had a lifelong love of cars – particularly fast ones,” Gooding & Company noted. “The SSJ is not a car for the faint of heart, as a 400-hp supercharged twin-cam inline 8-cylinder engine lies beneath its impressive hood. With an ultra-rare twin-carburetor intake, this car produced 80 hp more than the standard Duesenberg SJ, which was already the most powerful and one of the fastest production cars of its day.

“The SSJ Speedsters sported a gorgeous lightweight open-roadster bob-tail body produced by LaGrande (Central Manufacturing Company), an Auburn subsidiary in Connersville, Indiana. Quite simply, it is widely regarded as the ultimate Duesenberg.”

“The Collier family is one of the great leaders and innovators in the history of automobiles,” Davie Gooding was quoted. “Miles Collier has made it his life’s work to educate and promote the understanding of the role of cars in our lives. He has also curated an extraordinary collection of classic and groundbreaking cars. The Miles Collier Collections are unmatched and that is why it is such a remarkable event that he would present one of his most admired classic cars for auction.”

Collier noted that, “Many vehicles are billed as ‘speedsters’ or ‘racers,’ but the Duesenberg SSJ really was. Peaking at 140mph in 1935, it was simply an unbeatable performer, matched by unbeatable style.” 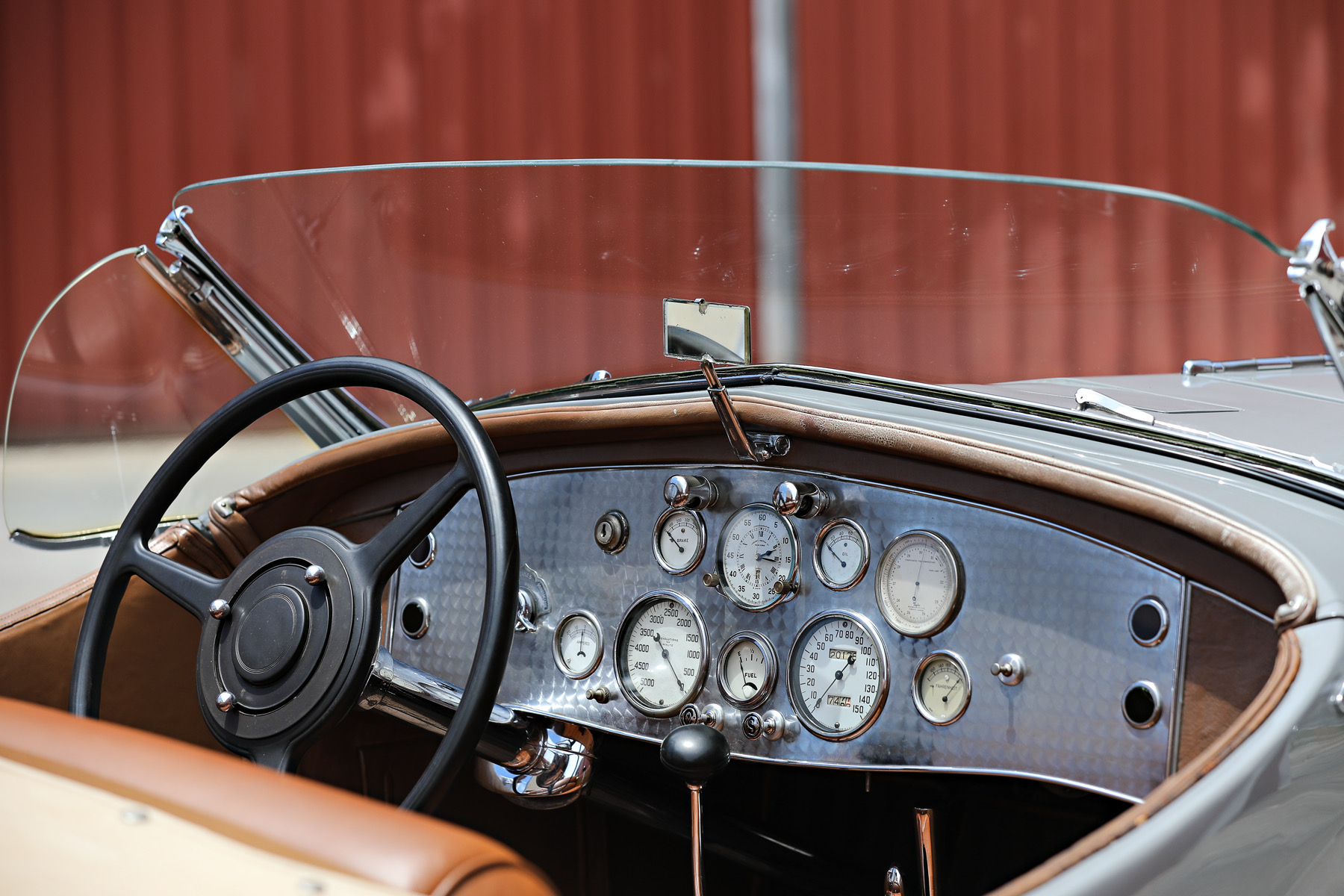 Between Cooper and Collier, the SSJ was owned by “a string of fascinating California owners, from a 20-year-old millionaire in Los Angeles to an industrial designer in San Francisco,” Gooding & Company noted.

“In 1949, the SSJ was acquired by pioneering collector D. Cameron Peck of Evanston, Illinois. Peck sold the SSJ Duesenberg to fellow collector and famed sportsman Briggs Swift Cunningham, who immediately jumped at the opportunity to acquire this car. The SSJ was a centerpiece in Briggs Cunningham’s famed museum in Costa Mesa, California, for many years.”

Collier acquired the car on the last day of 1986 from the Cunningham collection.

“Although he possesses some of the most significant automobiles in existence, the SSJ remains one of Mr. Collier’s prized possessions, such that Collier prominently displayed the car at the Revs Institute in Naples, Florida for 32 years,” Gooding & Company noted. 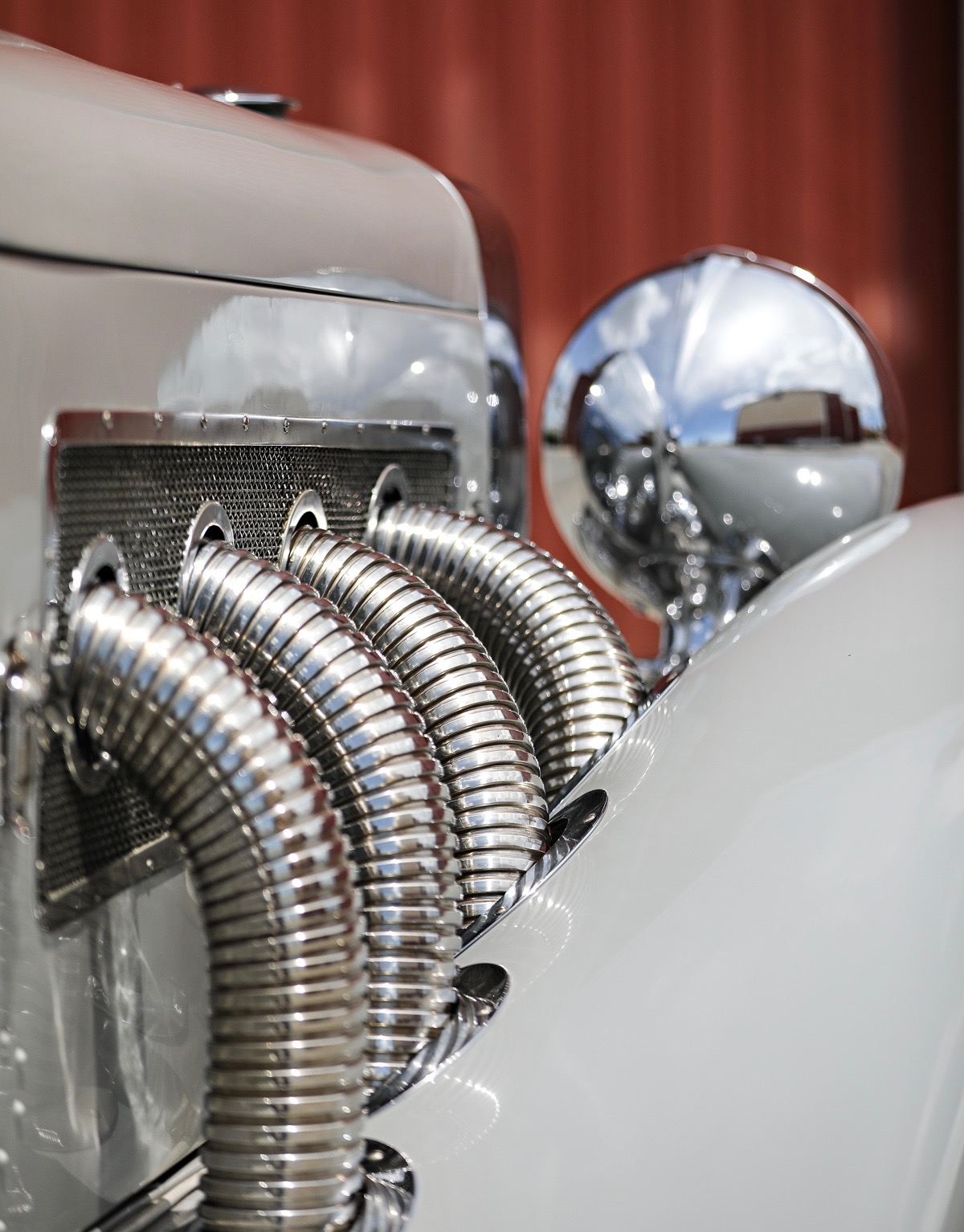 “Believe me,  it is not easy to part with this wonderful car,” Collier told the auction house. “It symbolizes so much in our history, and has so much glamour and speed. But my mission is bigger than just one car.

“In today’s world, the automobile’s continued ability to be meaningful is under threat. Will the personal car be part of people’s lives in the future? Will people understand and remember that the automobile is the most important invention of our age? That it shaped the world as we know it? I want to ensure the legacy of skills, appreciation and care for the importance of motorcars is not lost.”

“The sale of this car out of the Miles Collier Collections is a significant move, a sign that he is elevating his mission to focus, steadfastly, on leaving a legacy of knowledge that anchors the automobile as the most important technological artifact of our age,” the auction house said. “Proceeds from the sale will be used to support Collier’s mission to create a substantial and self-sustaining automotive knowledge legacy for future generations.”

“With his wife Parker J Collier, he is putting together a new team of leaders and thinkers to create Revs 2.0, an idea-driven, not object-centered, new, non-profit initiative to provide the meaningful car community with insights and expertise they couldn’t find anywhere else,” Gooding & Company said.

Collier Car Clubs are being established to bring together car owners; Collier AutoMedia will provide education, entertainment and provoke readers; The Panzer Project will use a Mercedes 540K Action Panzer as a “reminder of the realities of evil;” and Collecting Arts will serve as curation software for all sorts of collections.