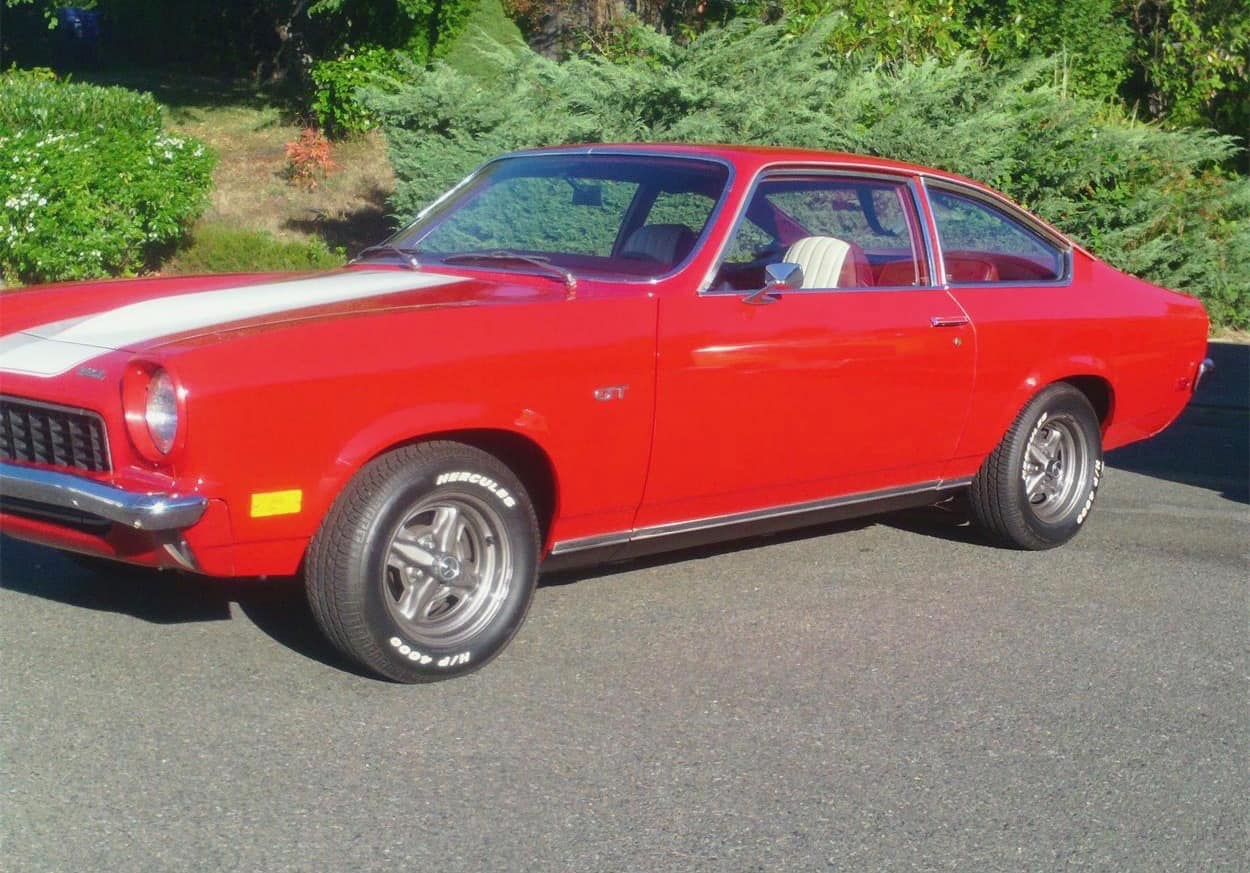 Looking more muscular in red with a big broad white racing stripe, the Pick of the Day is a 1973 Chevrolet Vega GT that comes with a nice family story.

According to the advertisement placed on ClassicCars.com by the private seller, the sellers are a family that is the second owner of the car, and that has had it for more than 20 years.

“This car has always been garaged by the original owners and us,” the sellers report. “Great runner, all original with exception of ignition system, we upgraded to an MSD digital points system.” 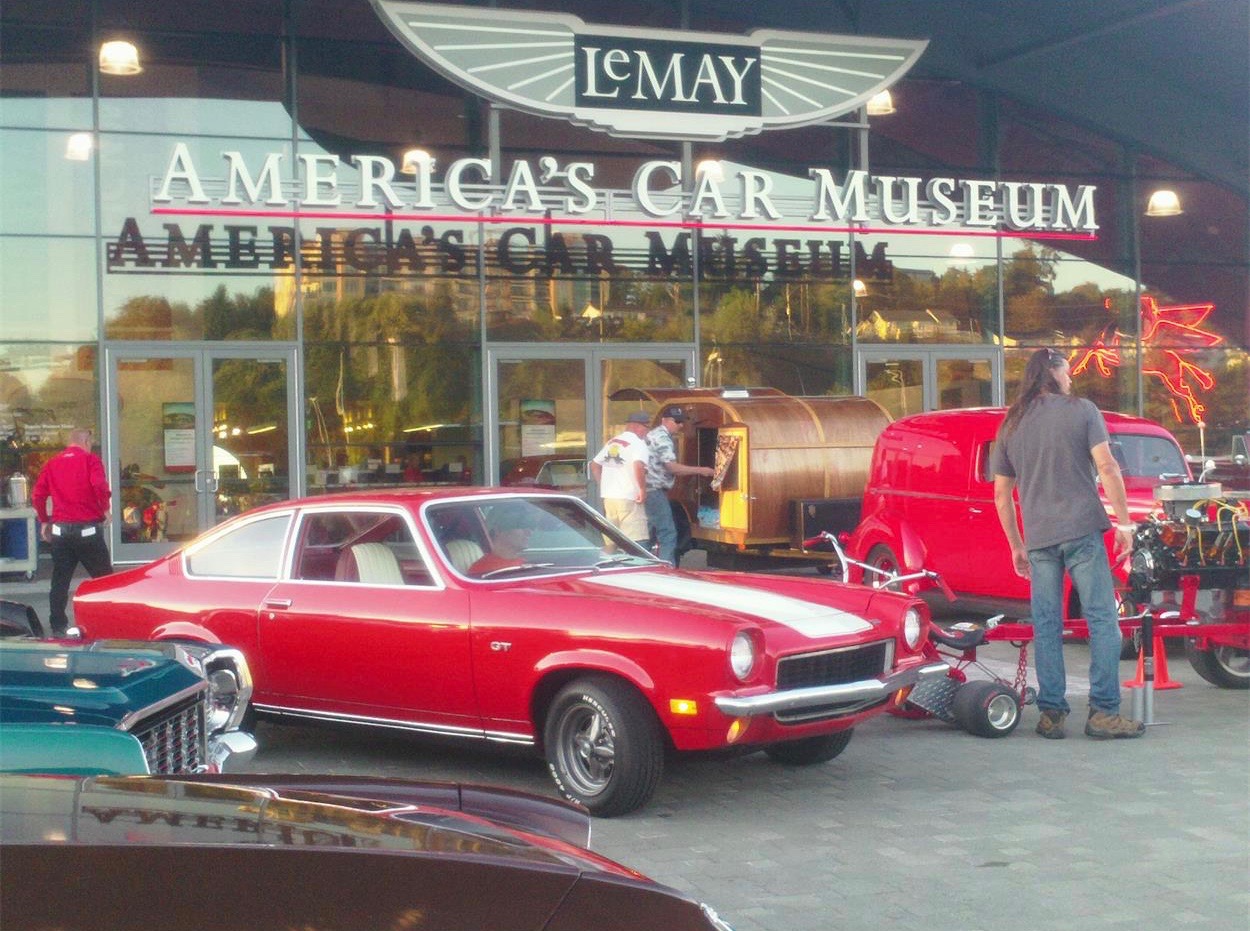 The family is so passionate about the car that it “Needs to go to a caring home, my wife and daughter don’t want it to go,” the seller notes, adding that the car served as the daughter’s prom ride a year ago, and thus was displayed at America’s Car Museum, the LeMay, in Tacoma, Washington, where the prom was held. The car also has been part of car shows at the museum.

The seller even adds a suggestion that might make the car “perfect,” the installation of an electric choke and replacement of the donut seal where the driveline yoke enters the transmission.

“When Vega is driven within four days, there are no transmission drips, as the torque converter drains down slowly from sitting over four days small drips will come out the drive line seal area.”

Turns out the Vega “gets exercised” only about once every five weeks, and then only for about an hour “if the streets aren’t wet.” The car usually has been driven only about 100 miles a year, though “routine maintenance has been completed based on months, not miles,” the seller says.

“Unbelievably no rust on this car, the undercarriage was never undercoated so it’s easy to see all the virgin underpinnings with even the factory overspray visible,” the ad points out.

“The battery box we rebuilt as pictured.  The spare tire is factory original and still looks new, photo included and we have the beauty wheel rings in the attic for safe keeping.

The car is located in Browns Point, Washington, has its original four-cylinder engine linked to an automatic transmission and has been driven only 58,000 miles since new.