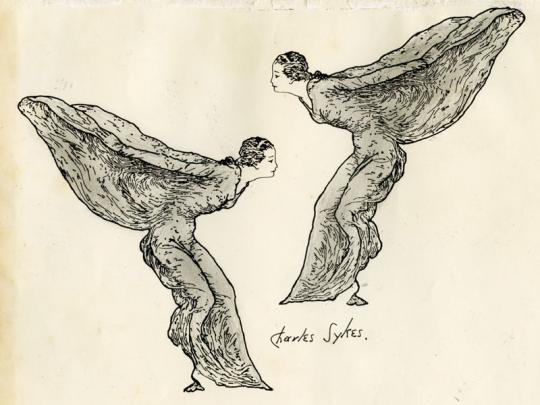 An original pen-and-ink drawing of the Rolls-Royce “Spirit of Ecstasy” by designer Charles Sykes is one of more than 500 items of automobilia up for bidding this week in an online auction being conducted by H&H Classics of England.

The Sykes sketch is believed to have been done in mid-1910, just months before the company adopted “Emily” as its official mascot in 1911. The drawing shows side profiles of the figurine and goes to auction from the property of a woman whose father was Sykes’ gardener and handyman, according to H&H Classics.

“The drawing was kept as a souvenir and have been in the same family ownership ever since,” the auction house says in its online catalog.