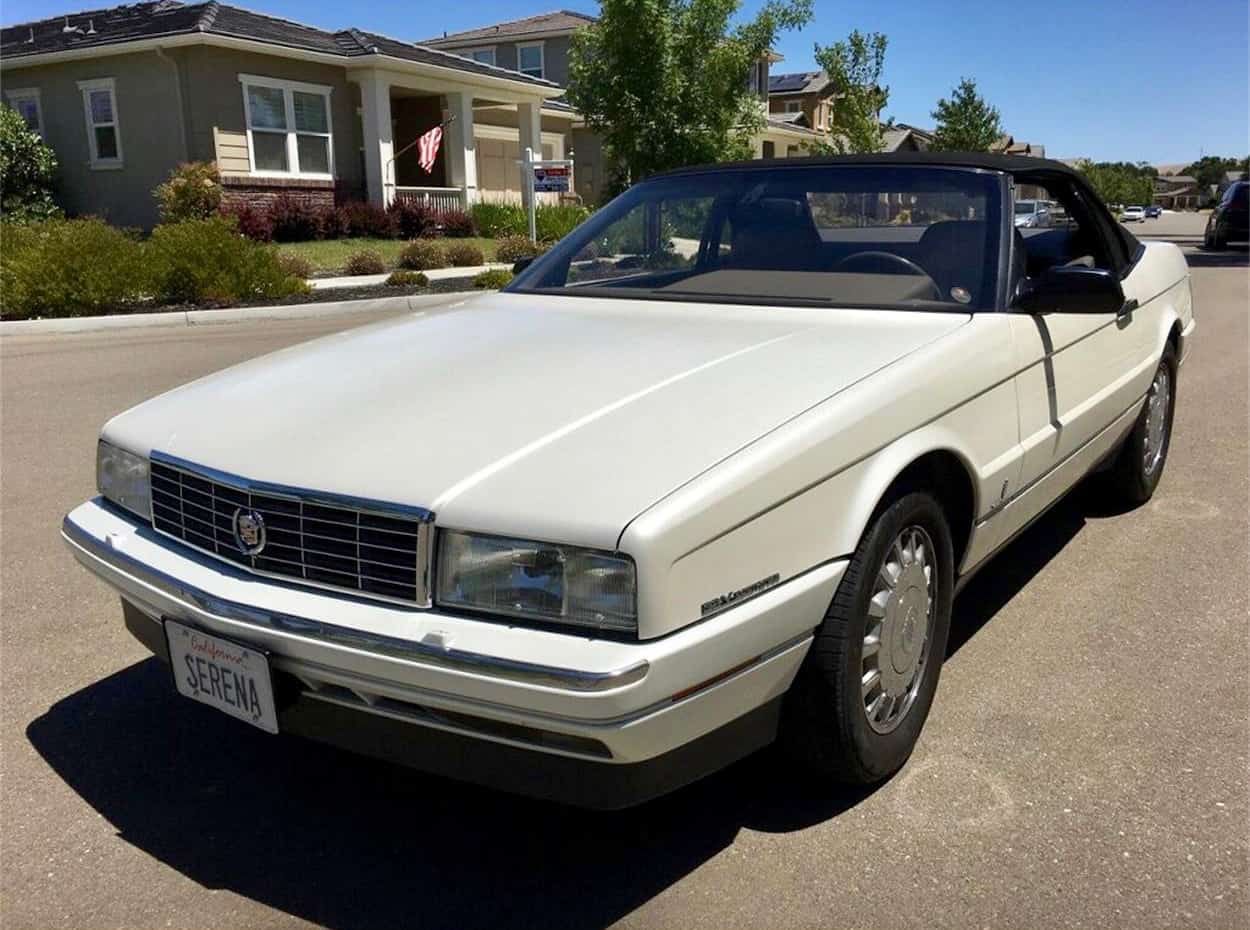 The Pick of the Day is a one-owner 1993 Cadillac Allante showing only 34,322 miles on its odometer.

The private seller in San Ramon, California, says in the car’s advertisement on ClassicCars.com that the car is all-original, though it rides on new tires, and has been stored inside and covered for most of its lifetime.

“A last-year model, this car is equipped with the powerful Northstar V8 and its much-improved interior,” the seller notes.

The car is Pearl White with a black convertible top, and reported to be in excellent condition inside and out, with cream leather power seats, power windows, premium audio, air conditioning, etc. 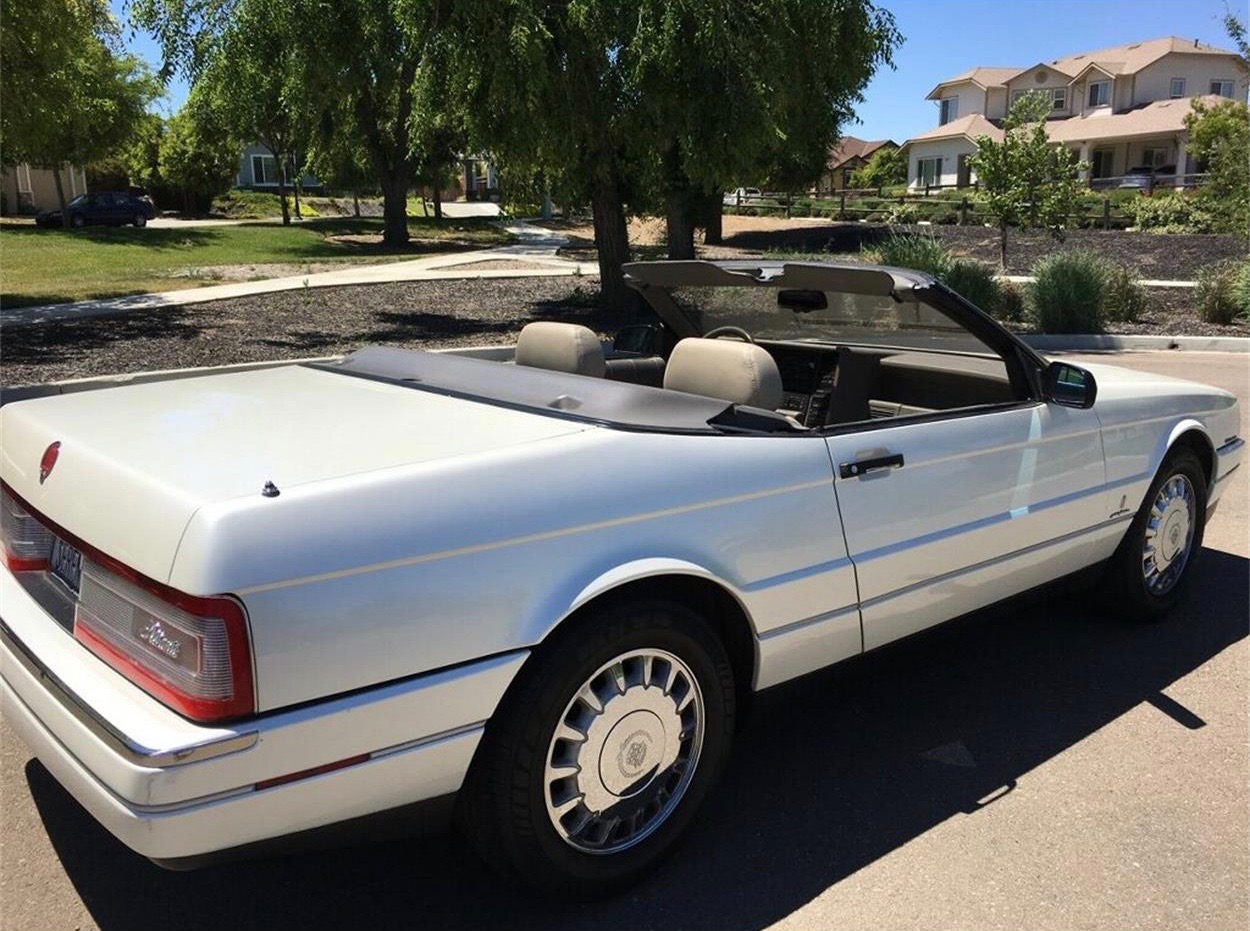 “Just 4,670 were produced for 1993 and the cars are much rarer and unique than a competing Mercedes,” the seller says. “Offering Euro chic styling combined with American power, this Allante is sure to please.”

By the way, the seller notes, a 1993 Allante was the pace car at Indianapolis in 1992, with Bobby Unser at the wheel.

The seller also notes that the Allante was Cadillac’s competitor for the Mercedes-Benz SL and Jaguar XJS, and it combined a Pininfarinia-designed and produced body with Cadillac V8 powertrain and other mechanicals.

“The unusual production arrangement between Italian body designer Pininfarina and US-based Cadillac resulted in a sport luxury car that was quite pricey, coming in at close to $60,000 in 1987,” the seller reports.

“The bodies were shipped in specially equipped Boeing 747’s, 56 at a time over the course of 7 years with production totaling 21,430 cars. They were sent from Italy to Detroit, Michigan, where the drivetrains were fitted and finally assembly was finished. With bold styling and full of luxury features including the full command center, this is one of the most unique vehicles you can drive.

“Many improvements were made in the final buildout for this example including the brand-new Twin Cam 32v Northstar V8. This engine gave out a significant improvement on power and torque and was rated for 295hp and 290 (pound-feet) of torque and mated to its fully electronic 4T-80E transmission now, this vehicle was really state of the art for its time.

“The new, modern powertrain was able to push to 60 mph in only 6.4 seconds and went from 122 mph max to 140 mph, their goals for this vehicle were finally met and the Northstar went on to become one of Cadillac’s most-popular engine for buyers and enthusiasts alike.”