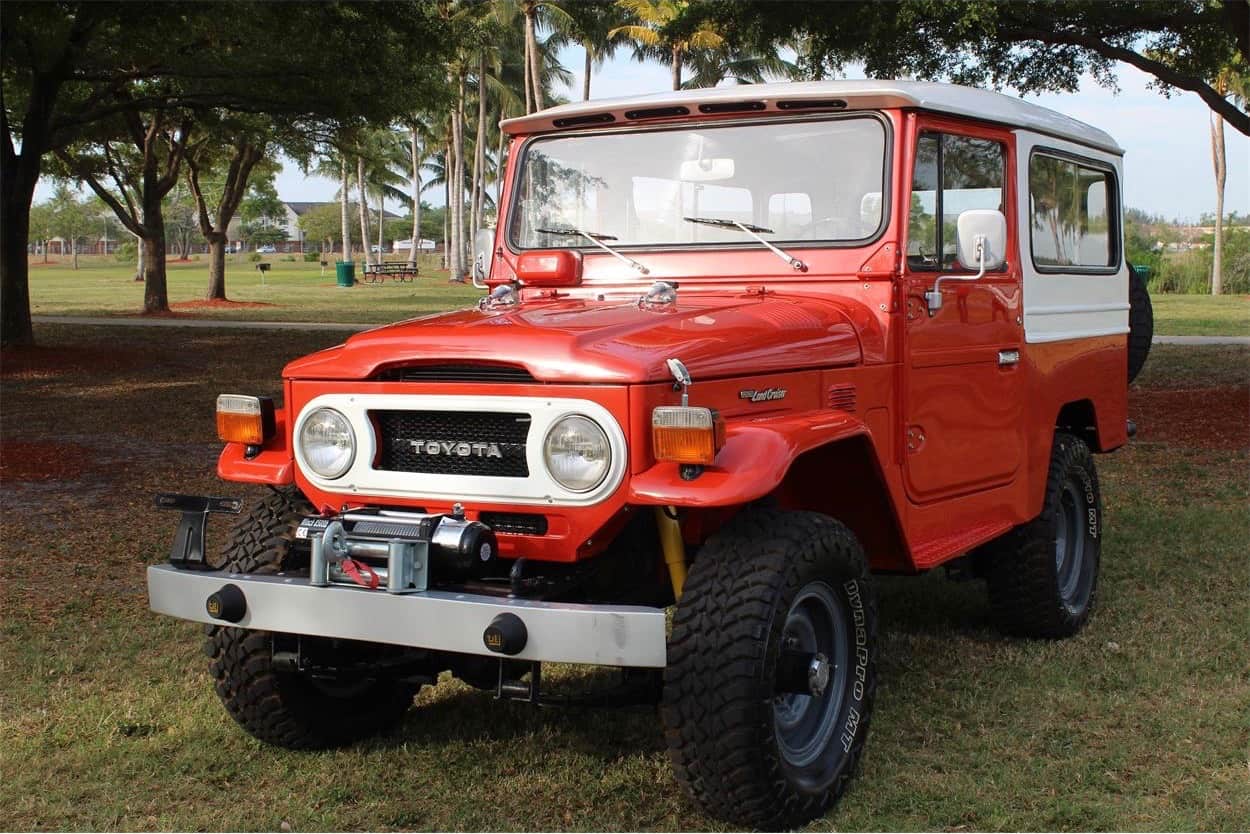 The Pick of the Day is a 1978 Toyota Land Cruiser FJ43 that has made an interesting journey.

The off-roader is being offered by a private seller in Miami, Florida, who traces the SUV’s travels in the vehicle’s advertisement on ClassicCars.com.

“This 1978 Toyota Land Cruiser FJ43 was imported on January 22, 1978, to Colombia, where it was used by a flower exporter before being stored on the family farm until 2015,” the seller recounts. 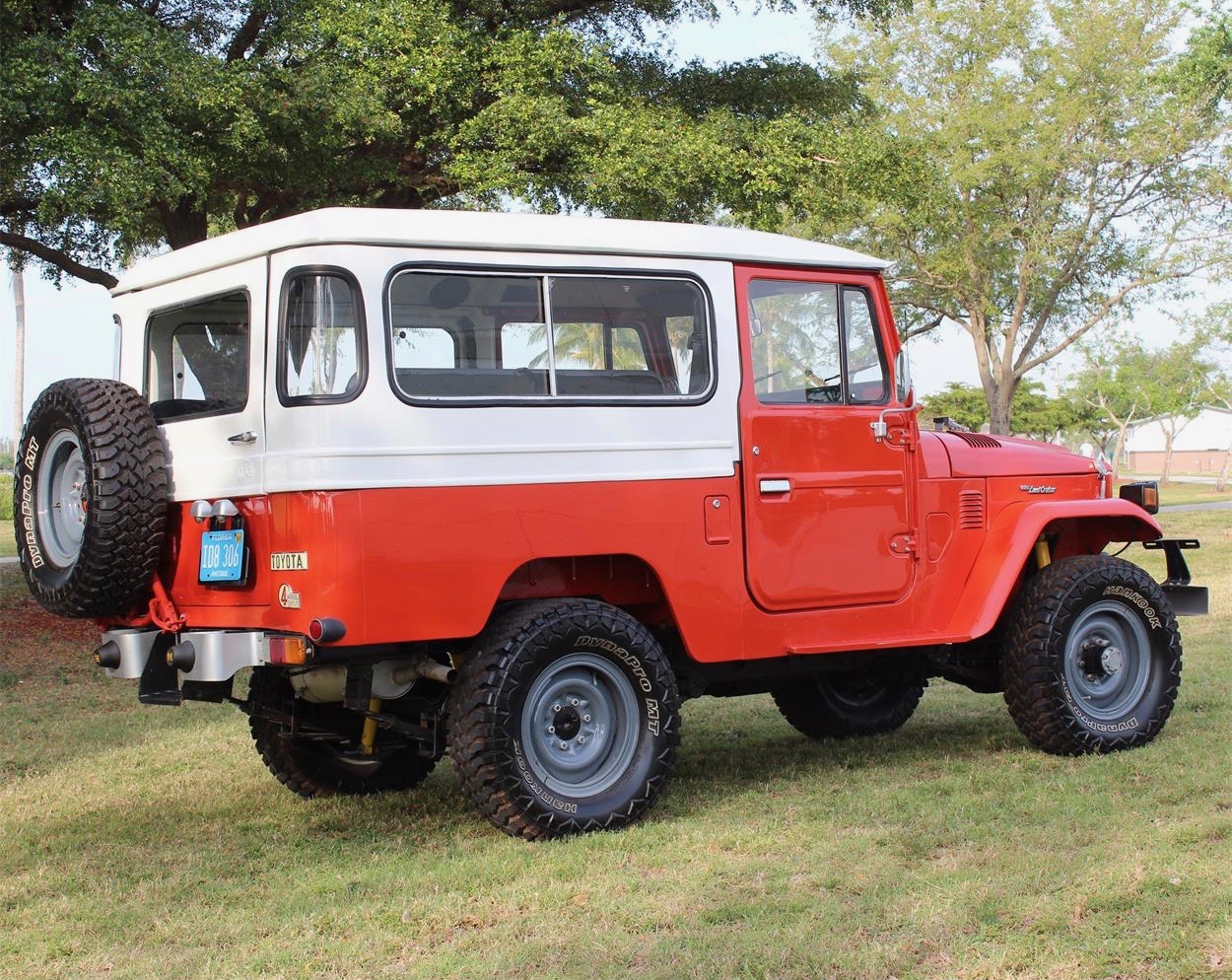 In 2015, the truck was used as payment for some land north of Bogota and the new owner drove it on weekends and to two local Toyota events in 2016 before selling it to the current owner.

The “more” includes a custom-made top with functional visor vents from MDR, a Colombian manufacturer, the add points out, as well as an 8,500-pound Tangkula Classic winch.

The seller says the body was removed from the frame, sandblasted and repainted in Toyota factory red. Steel wheels were refinished and wrapped with Hankook DynaPro Mud-Terrain tires. The engine is a rebuilt 4.2-liter inline 6-cylinder and is linked to a 4-speed manual gearbox.

A new gray-leather interior was installed, as was a Kenwood stereo.

The seller says the SUV is located in Miami and is offered with a “clean” Florida title. The asking price is $41,900.