Turns out Brits like hot rods and custom cars almost as much as we do. The Hot Rod & Custom Drive-in Day held this past weekend at the Beaulieu museum drew record attendance as it launched the facility’s summer exhibition, The Art of Kustom with car customizer Andy Saunders driving his Metropolis out of a car transporter and onto the museum grounds.

Saunders’ creations are featured at the summertime exhibit which runs through September 16. Metropolis is a 1939 Peugeot 202 pickup truck discovered as a rusty wreck in a field in France but was transformed into a cool custom that Saunders completed just hours before its unveiling at the Father’s Day weekend event.

The car has a streamlined body, V8 engine, windscreen inspired by 1950s comic book ray gun and six fossils embedded in the front seats. The pickup is believed to have been used by military forces during World War II and now bears a tribute mural to its history, and to the robot from the movie that gave the car its name, by Saunders’ fiance, artist Maxime Xavier.

Bicester Heritage, the former Royal Air Force base repurposed as a classic car center, hosts its inaugural the Classic & Sports Car Show in association with Flywheel this weekend in England. The new event will feature vintage vehicles on the ground and in the air.

Among the featured flyovers will be those by two WWII veterans, 93-year-old Maurice Marriott and 95-year-old Eddie Habberley will be back in the Tiger Moth airplanes they piloted during their military careers.

On the ground, vehicles ranging from a 1898 Marot-Gordon Tricycle and 1904 Cadillac to a 1957 Lotus Eleven will do demonstration runs on the figure-8 test track. There also will be demonstrations by military vehicles such as a bullet-riddled 1939 Grant tank.

Other events include the Flywheel Concours featuring Dawn of the Supercar, Movie Car, Classic Rally Cars and Cars of the 1948 Earl’s Court Motor Show classes, and a Brightwells auction. 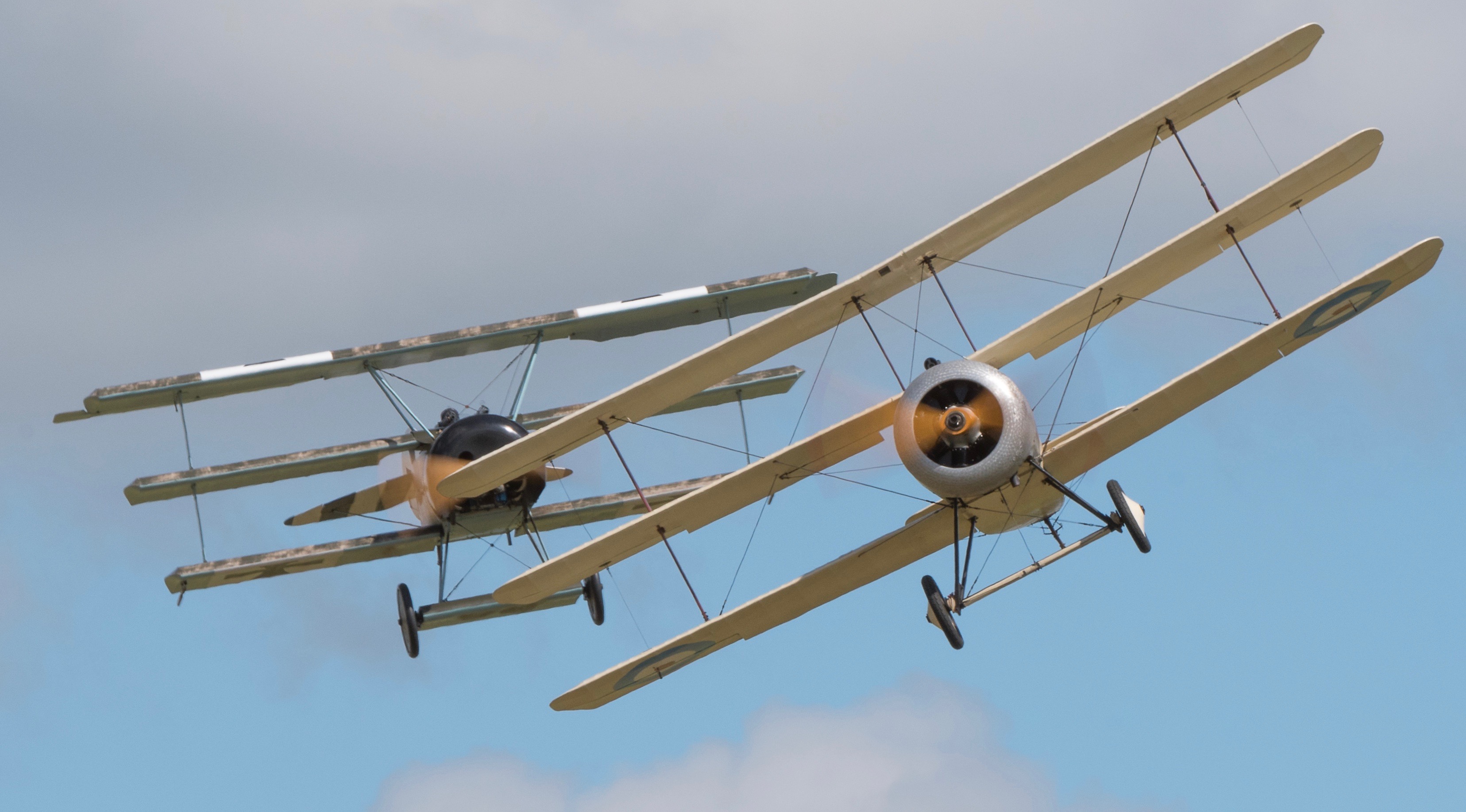 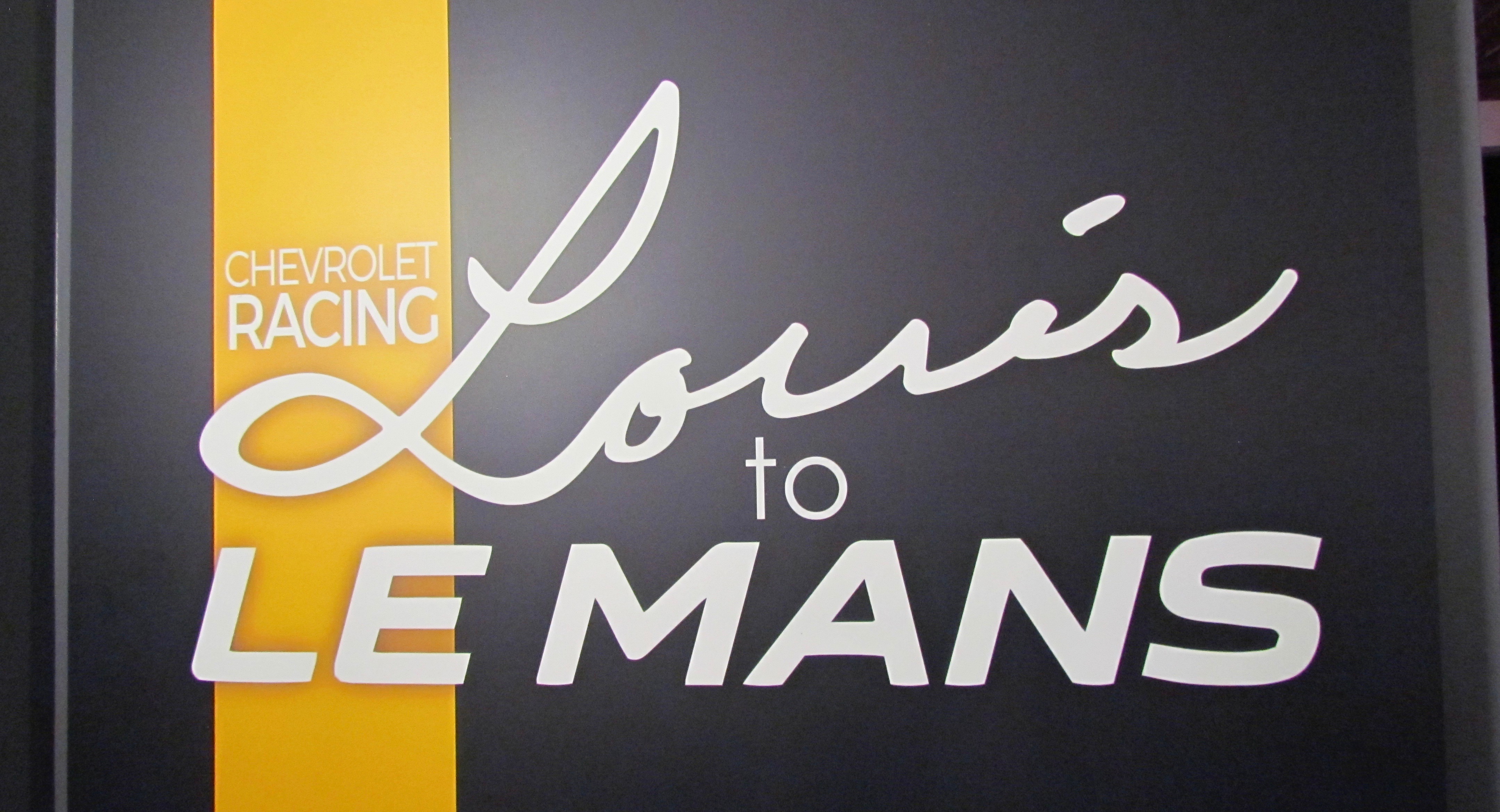 The National Corvette Museum in Bowling Green, Kentucky, has opened its special exhibit on the history of Chevrolet racing. “Louis to Le Mans” runs through January 2019. We have a story and photo gallery.

The Great Race begins June 23 at the Buffalo Transportation Pierce-Arrow Museum and makes a lunch stop June 24 at the Northeast Classic Car Museum in Norwich, New York. The event also has stops at the Owls Head and Seal Cove museums in Maine on its way to Halifax, Nova Scotia. As the Great Racers depart, scheduled for 3:30 p.m., the Seal Cove museum will stage its annual Car-B-Que car show on June 28 from 4 p.m. to 9 p.m.

The Saratoga Automobile Museum in upstate New York hosts its annual Summer Gala on June 23 from 7 p.m. to 11 p.m. The theme it “Its the Cars of the ‘50s” and guests are invited to arrive wearing 1950s-themed cocktail attire.

Meanwhile, the LeMay Collections at Marymount ends its Motorcycle Days annual exhibit on June 24. Events this weekend include a women’s motorcycle conference, a skill-field event, cruise-in, AHRMA vintage trials, motorcycle soccer and a performance by the Seattle Cossack Stunt Team.

“1980s Performance? Yes!” is the theme of an exhibit to run from June 23-July 8 at the Simeone Foundation Automotive Museum in Philadelphia. The museum is looking for cars such as an IROC Camaro, SVO Mustang, Buick Grand National, Mazda RX-7, Omni GLH and Nissan Z cars to include in the showcase. For details, visit the museum’s website.

The Mullin Automotive Museum in Oxnard, California, will host a Summer MeetUp cruise-in on June 23. Car clubs can register in advance for special parking.

The France Family will receive the fifth annual Cameron R. Argetsinger Award for contributions to motorsports on June 28 from the International Motor Racing Research Center in Watkins Glen, New York. The program will be held at the Corning Museum of Glass in Corning, New York. Previous recipients were Chip Ganassi, Richard Petty, Roger Penske and Mario Andretti.

On June 30, the Newport Car Museum in Rhode Island hosts the Factory Five Racing cruise-in, with more than 120 vehicles that were “Built, Not Bought” expected to be on display.

The Blackhawk Museum in Danville, California, resumes its cars & coffee cruise-in July 1 from 8 a.m. to 10 a.m.

The British Motor Museum hosts its “BMC & Leyland Show” gathering on July 1. As part of the cruise-in, convoys of cars will leave from Cowley and Longbridge and arrive at the museum.

“Silver Arrows 1934-1939” is the title of an exhibit to run from July 7 to September 2 at the Louwman Museum in the Netherlands. The exhibit will feature seven of the famed Mercedes-Benz racing cars.

National Corvette Museum curator Derek Moore will lead a special Museum in Motion tour from July 8-12 with a theme “Ford vs. Chevrolet.” The trip, says the museum, will be “a fascinating expedition through American automotive history. In this tour we will see for ourselves the way that innovators, inventors, and entrepreneurs used the automobile as a vehicle to change our world forever.” Visits include The Henry Ford Museum and Greenfield Village, and the GM Global Propulsion Center. For details, visit the museum website.

The Simeone Foundation Automotive Museum in Philadelphia offers its first Race Car Summer Camp for ages 10-16 from July 9 to 13, and has just added a second session for July 30-August 3. The camp will use motorsports to explore STEM subjects, and each camper will design and race a CO2-powered car. For information and registration, visit the museum website.

On July 14, the Saratoga Automobile Auction in upstate New York will host an “Instant Consignment Day” with the Saratoga Auto Auction appraising, photographing and consigning vehicles for its fund-raising auction scheduled for September 21-22.

The British Motor Museum hosts its 10th Old Ford Rally on July 15. The event, which is expected to feature 400 classic vehicles, including commercial vehicles and tractors, is the largest of its kind in England.

The Mullin Automotive Museum in Oxnard, California, will stage an “Under the Hood Day” on July 17 with Larry Crane talking about French engine design at 10:15 a.m.

It’s “Supercar Saturday” on July 28 at the Brooklands Museum in England, where high-performance vehicles — vintage and modern — will take part in runs up the Brooklands Test Hill and on-track demonstrations.

The AACA Museum in Hershey, Pennsylvania, offers Model T driving experience classes July 18, 21 and 28 and August 4 and 11, September 8 and 9 and October 20.

The Automotive Hall of Fame in Dearborn, Michigan, welcomes its Class of 2018 at a gala ceremony July 19. Those being enshrined are Kiichiro Toyoda, founder of Toyota; Tom and Ray Magliozzi of Car Talk radio fame; Frank Stronach, founder of automotive supplier Magna International; and Mike Jackson, chairman of AutoNation dealerships.

The Kansas City Automotive Museum’s annual The Great Car Show is scheduled from 9 a.m. until 3 p.m. on July 29 at the National WWI Museum and Memorial in Kansas City, Missouri. As many as 450 vehicles can be accommodated.

August 9 is “It’s Not All About the Cars” day at the Mullin Automotive Museum in Oxnard, California, where tours of the museum’s art collection will be featured.

The Simeone Foundation Automotive Museum in Philadelphia has scheduled its 10th annual Motorcycle Exhibition for August 18-September 8 and promises a display of more than 40 historic bikes spanning 90 years. Themes this year include Indian Motorcycles 1902-1953 and Italian Motorcycles 1938-1988.

The LeMay Collections at Marymount in Tacoma, Washington, will stage its annual car show on August 15 with more than 1,500 vehicles available for viewing, along with antique dolls, pin cushions, radios and more.