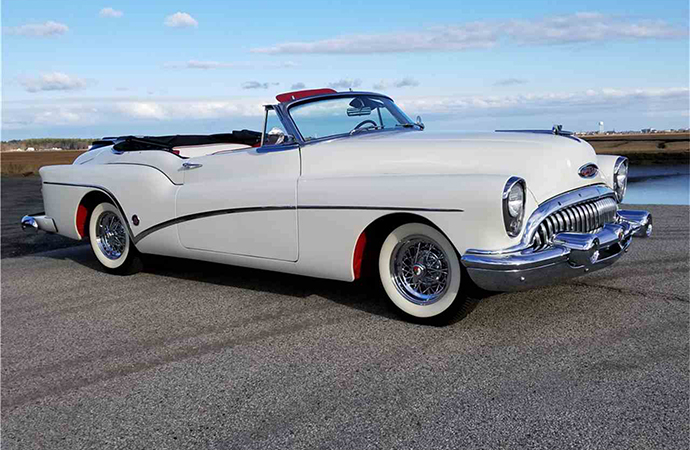 This car underwent a full frame-off restoration in the early 2000s that was well documented. During the project, the car was given a new top and interior.

The Skylark has a Nailhead V8 engine mated to an automatic transmission. It is equipped with power brakes and windows. It also has a seat antenna and rides on Kelsey Hayes wire wheels.

Overall, the car looks to be in great shape.

Barrett-Jackson’s annual Northeast auction is scheduled for June 20-23 at the Mohegan Sun in Uncasville, Connecticut.