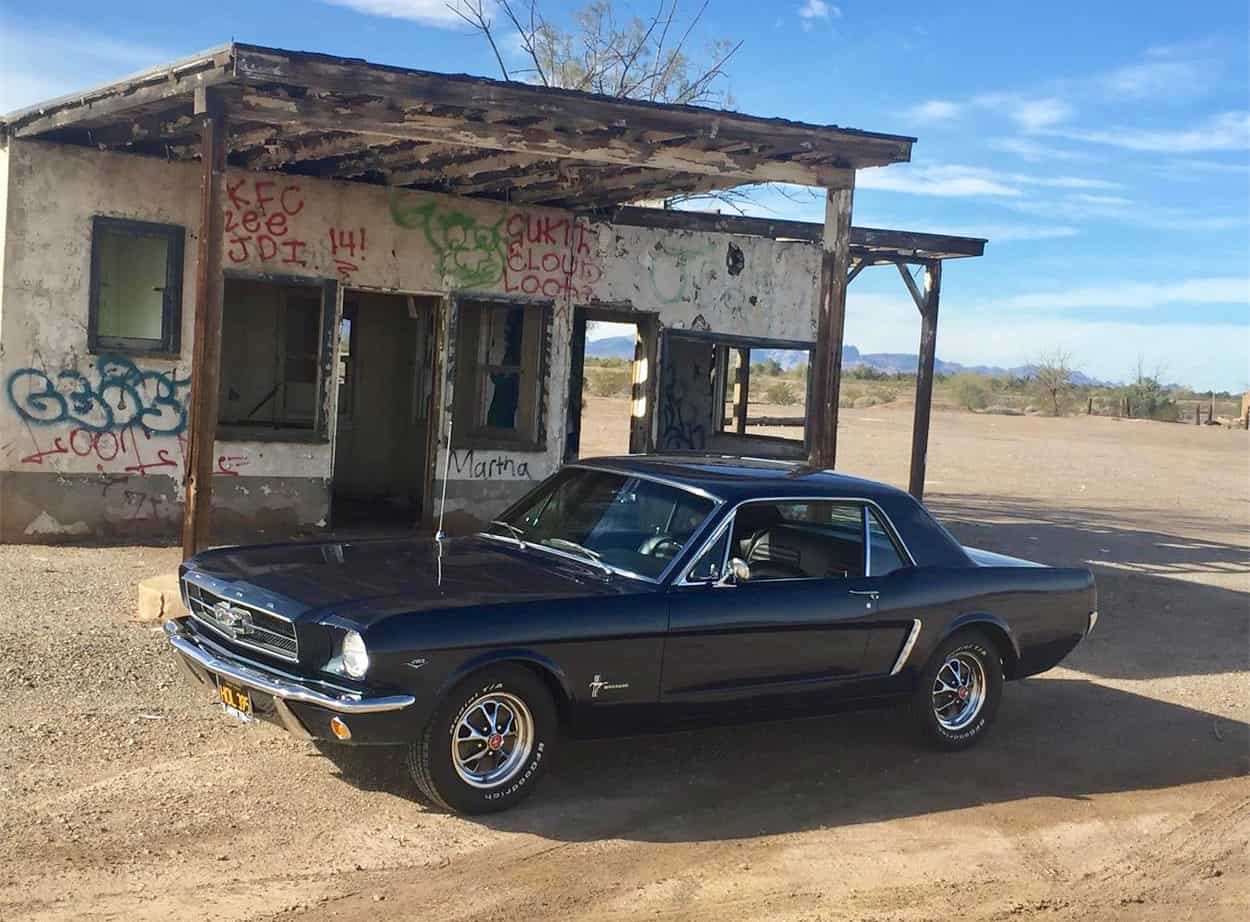 Our Pick of the Day is a 1965 Ford Mustang coupe that the seller, the third owner, found in a barn in Yucaipa, California, where it had been sitting since 1978, according to the car’s advertisement on ClassicCars.com.

According to the ad, the car was purchased new at Garner Ford in San Bernardino, California. The original owner sold it in 1978 and very soon thereafter it blew a head gasket and went into storage.

“I bought the car in 2009,” the seller reports in the advertisement, adding that the car was in need of restoration. “All of the original factory equipment was still on the car.”

Fortunately, there was no rust to be found and the car was disassembled for restoration. The original engine (V8), transmission (automatic) and rear were rebuilt, the original air conditioning was retained, but most everything else was replaced, with such exceptions as the license plate and frame, and the re-chroming of the original bumpers.

The car was a light blue color but was repainted in a darker Caspian shade. The formerly blue interior has been changed to black.