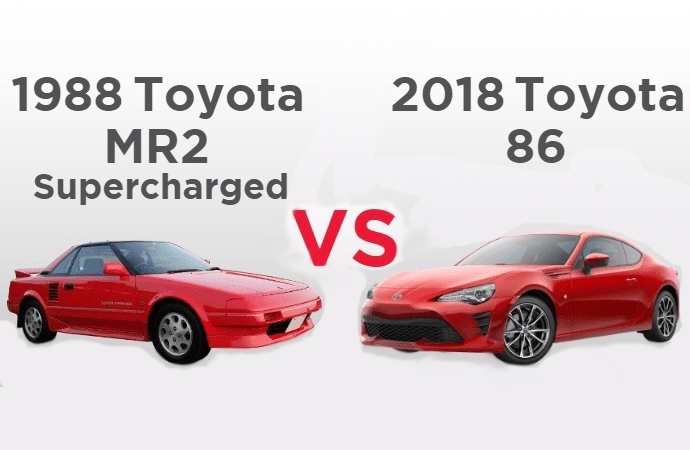 As the founder of the Future Classic Car Show, ClassicCars.com is eager to share news about the cars that will be cherished by a future generation of car collectors. So we were pleased when the Olathe Toyota Parts Center commissioned a side-by-side comparison graphic of two affordable Toyota future classics.

The cars are the 1988 Toyota MR2, a mid-engine two-seater with a supercharged engine, and the 2018 Toyota 86, a sporty coupe with a back seat.

Turns out the cars are pretty similar in terms of dynamic performance: Both sprint to 60 mph in less than 7 seconds. 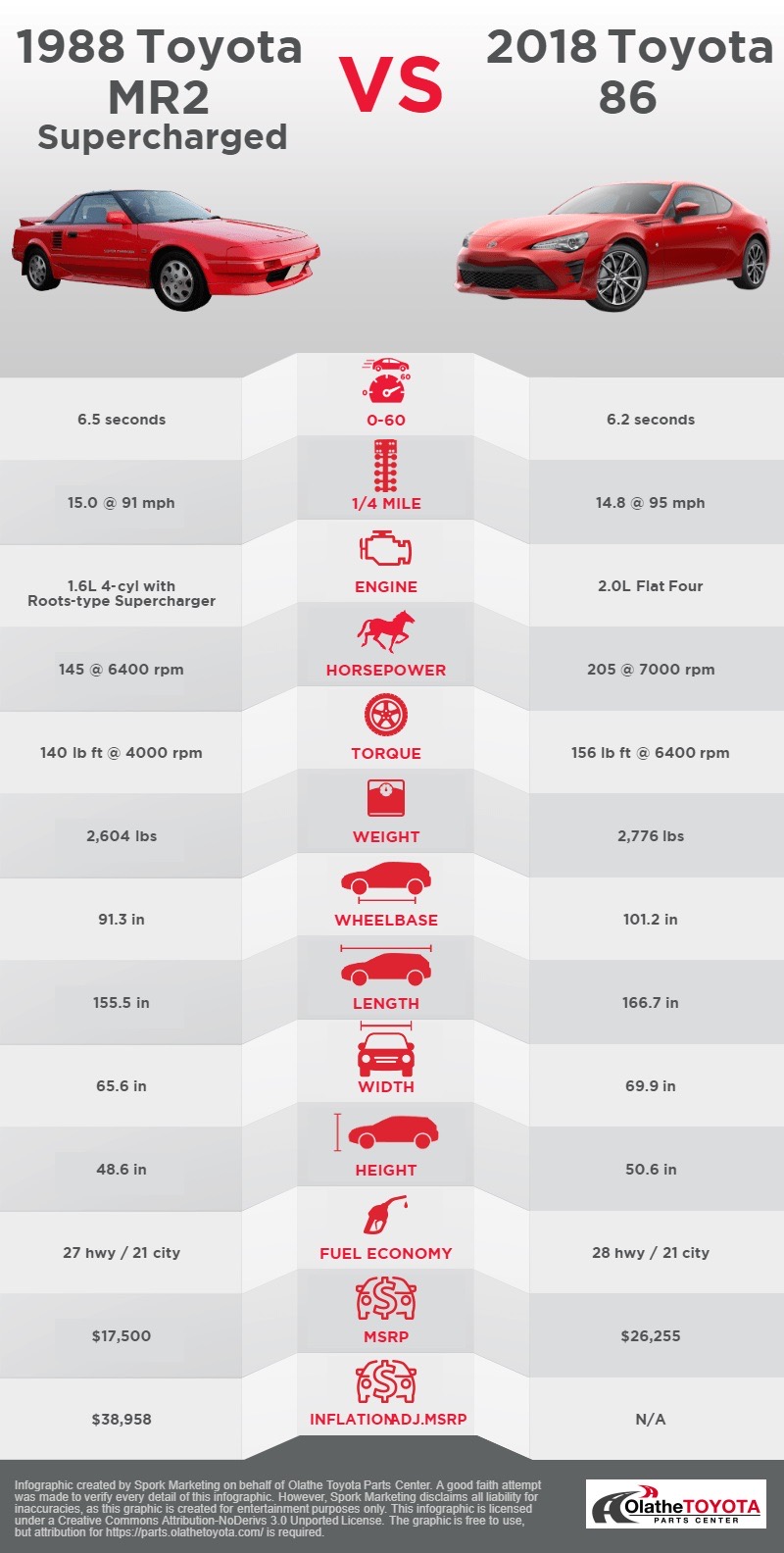 “The 1.6-liter supercharged brought a lot of power to that 1988 car,” Tom Blackman, director of the Olathe Toyota Parts Center, said in the news release, “and the new flat four in the 86 delivers enough performance for a weekend track warrior to have some fun.”

The MR2’s 1.6-liter 4A-GZE engine has a Roots-type supercharger and pumps out 145 hp and 140 pound-feet of torque. The 86’s A20D/4&-GSE 2.0-liter flat-four is sourced from Subaru and is rated at 205 horsepower and 156 pound-feet. But that supercharger adds some weight under the hood and the newer car is actually 172 pounds lighter, the news release points out.

The comparison was commissioned by Olathe Toyota Parts Center, which notes that because of its location in the geographic center of the country, its shipping is both fast and affordable. For more information, visit the Olathe website.