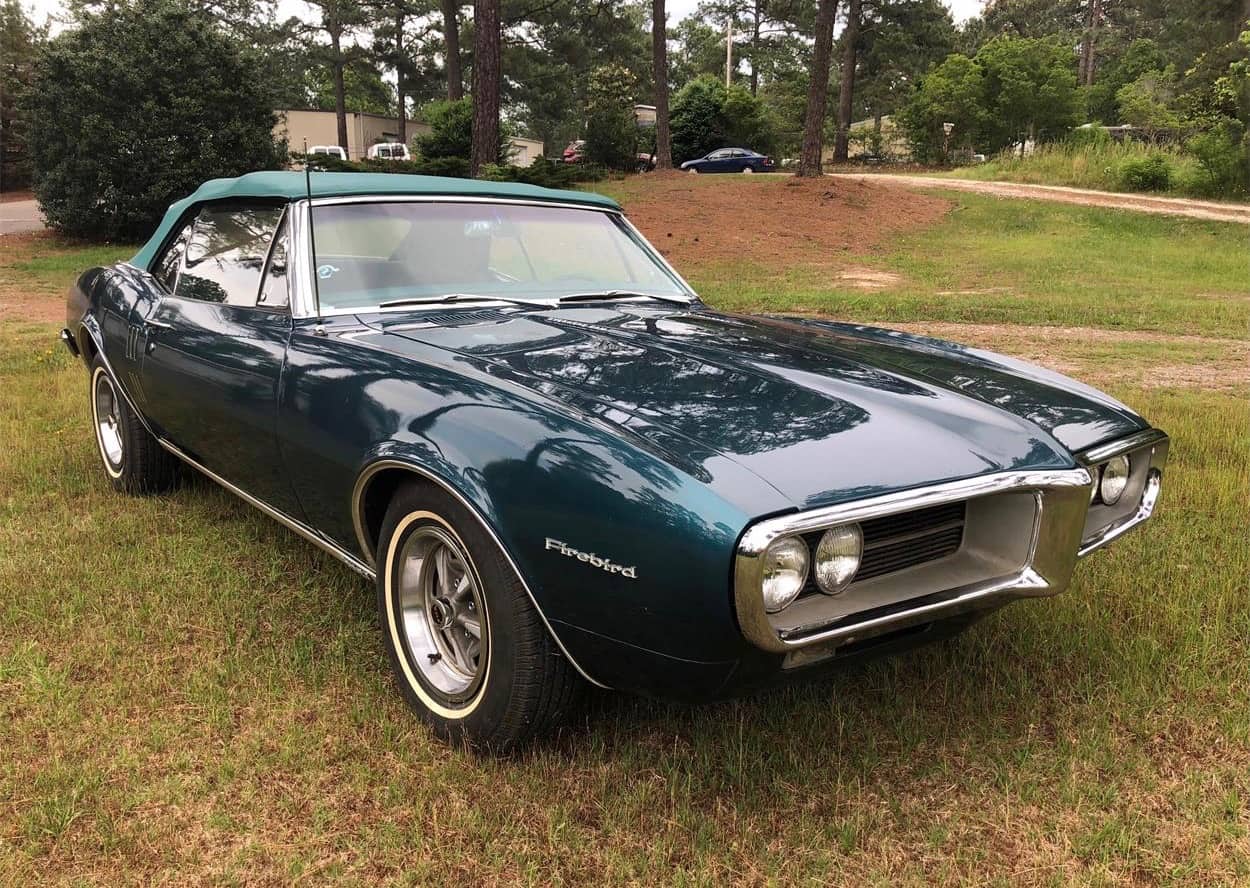 The Pick of the Day not only is a barn-find but a single-owner vehicle with only 78,000 miles on its odometer, according to the private seller advertising the 1967 Pontiac Firebird Sprint convertible on ClassicCars.com.

“This is a single-owner car that was found in a falling-down barn,” the seller says in the advertisement. “With only 78,000 original miles, the original title and all matching numbers, this 1967 Firebird convertible is a great find.

The more is that this is a Firebird Sprint, a higher-performance version of the basic 6-cylinder car. In its basic form, the 230cid powerplant provided 165 horsepower. But for $116, Pontiac added a more aggressive camshaft and four-barrel carburetor to the inline-6, bumping output to 215 horsepower. It also put the shifter on the floor and beefed up the suspension.

Because the 6 weighed less than the optional V8, the car was better balanced and was both quick and agile. It also was less expensive to buy, to operate and to insure.

The car being offered for sale has factory air-conditioning, power brakes and steering, the ad notes. It also has a “deluxe” interior and working power top.

“It has an old repaint, original color with some flaws,” the seller adds.

Photographs that are part of the advertisement include a Best of Show trophy from the recent Carthage UMC car show. They also show a gorgeous car that looks way better than you’d expect of a vehicle found in a falling-down barn. The current caretaker apparently has taken very good care in cleaning up this convertible.

The car is located in Carthage, North Carolina. The asking price is $25,000.