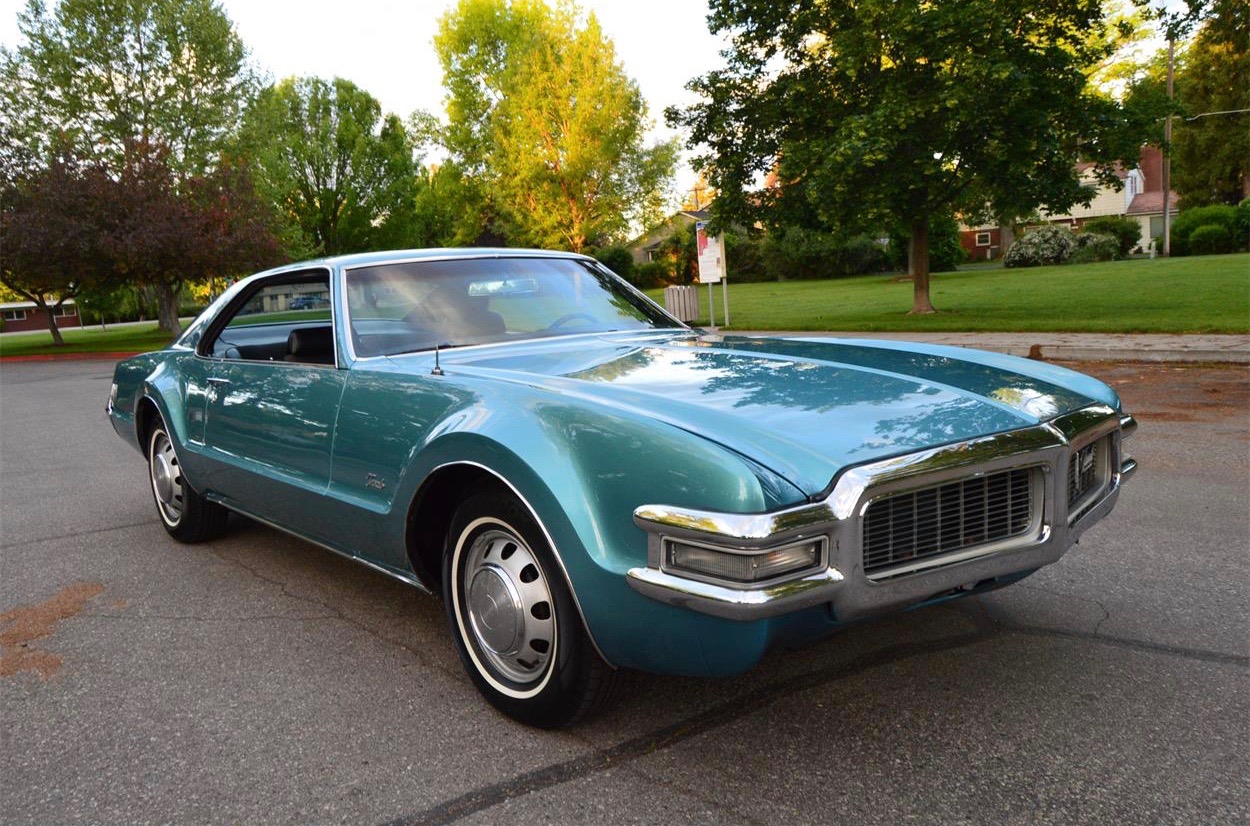 You know how they say “they’re only original once”? Well, the Pick of the Day is one of those. And not only that, according to the advertisement on ClassicCars.com for this 1969 Oldsmobile Toronado, it was pampered by its previous owner, an “older female” for whom this Toronado was “her pride and joy.”

And apparently, she didn’t drive it very much since the seller, a classic car dealership in Boise, Idaho, notes that the car has gone only 51,263 mile, the last few by the dealer who used the car as a daily driver for a few days when it first arrived from California.

The car is a Toronado custom hardtop coupe, a code 9687 model, of which only 25,073 were produced, the dealer’s advertisement points out. 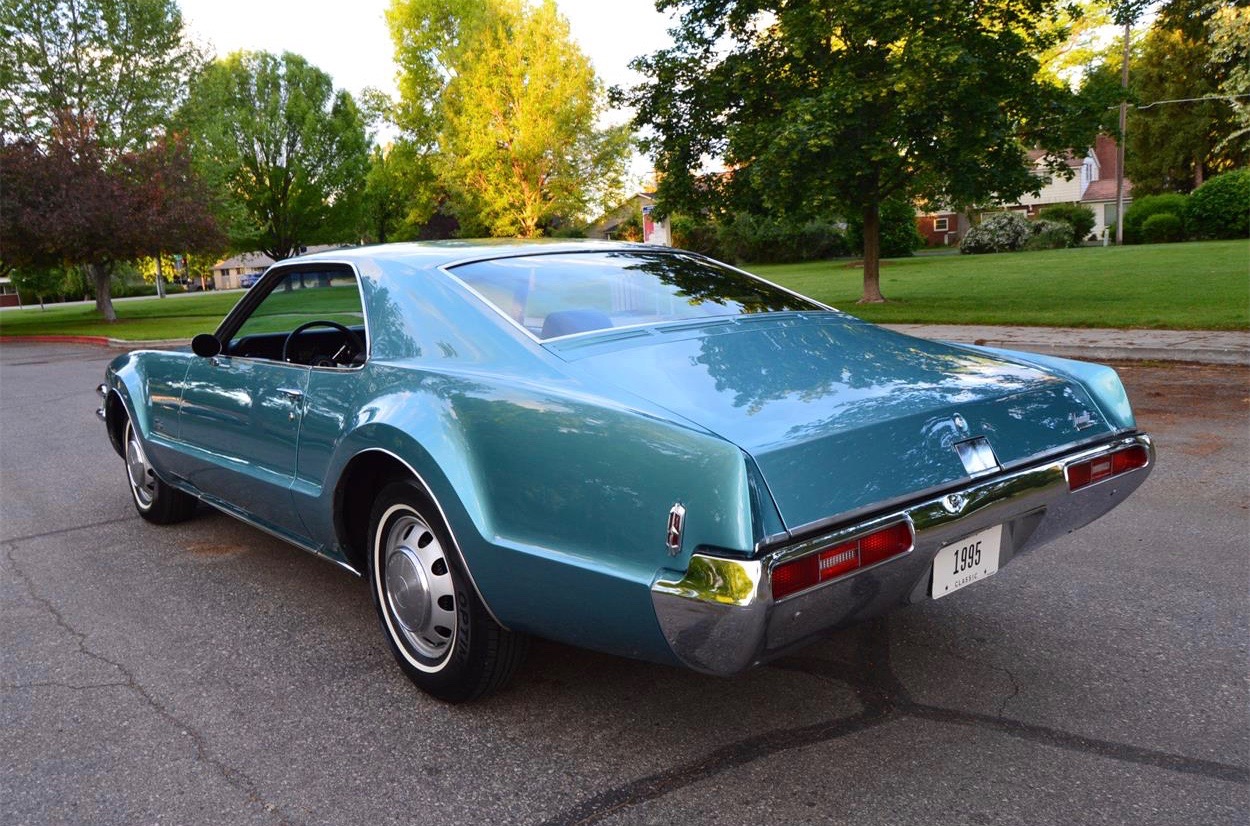 The Toronado was a revolutionary vehicle when it was launched for the 1966 model year, the first major post-war American car with front-wheel drive. Its styling was based on an Oldsmobile studio exercise to design a compact sports car concept, but it was built on a full-size platform complete with a back seat.

Power is provided by the original 455cid “Rocket” V8 engine rated at 375 horsepower. The carburetor and cylinder heads have been rebuilt, the dealer notes. The car also has new front axles and seals, ball joints and brakes.

The dealer is asking $18,000 for this pampered survivor.