Giermark died in 2011 and had no heirs, and the Swedish Inheritance Fund, a government-regulated non-profit that supports young and disabled people, has consigned the cars to Artcurial Motorcars’ Le Mans Classic auction scheduled for July 7. 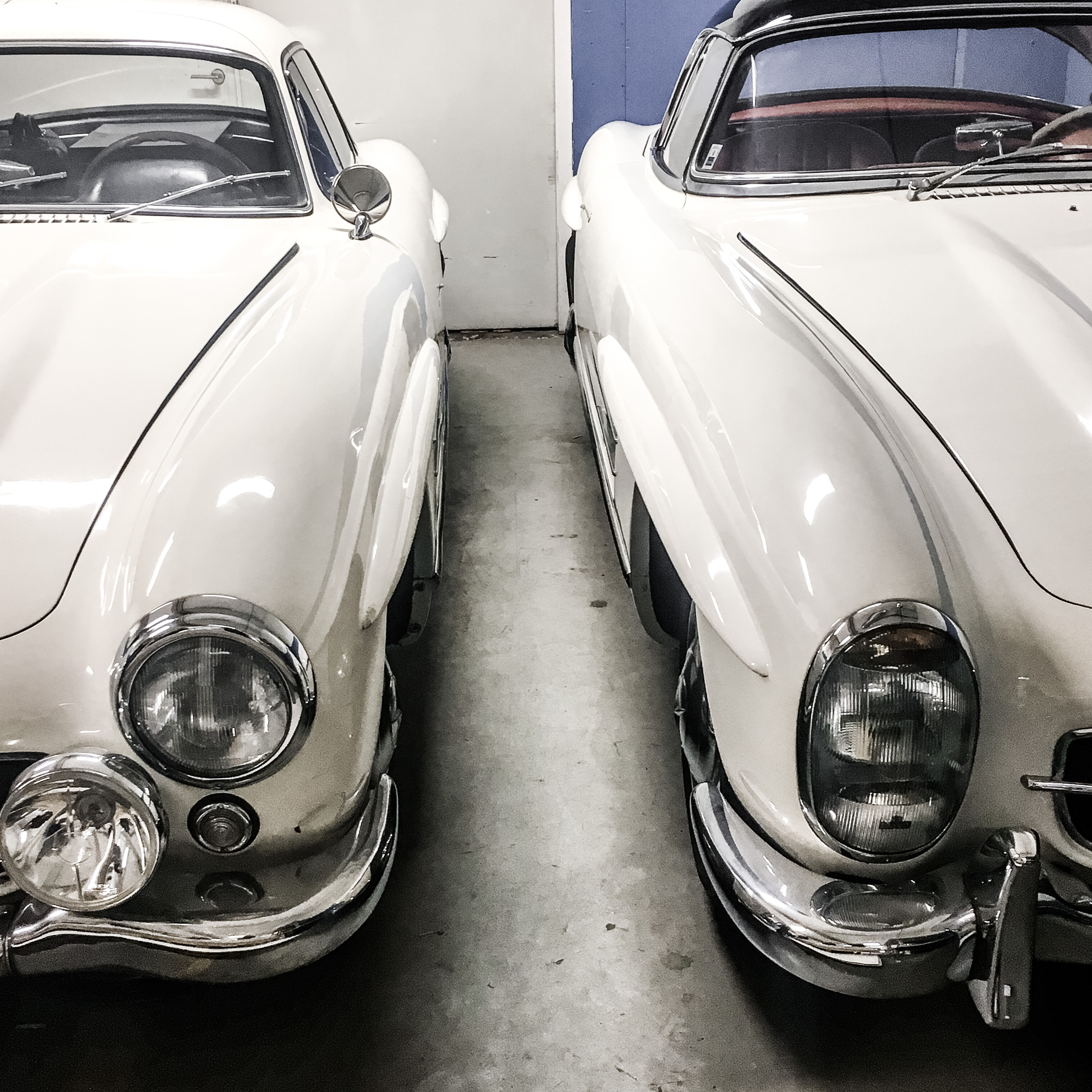 According to Artcurial, the Swedish dentist owned the 300 SLs for more than 50 years but rarely drove them. The roadster, which Giermark purchased new, was last taxed in 1966 and apparently has been in storage since then. The car shows only 1,380 kilometers on its odometer.

Giermark bought the Gullwing in 1968, importing it from Portugal. It has 62,000 kilometers on its odometer.

According to Artcurial, Giermark was known as an eccentric and private person “who rarely invited friends into his home.” He collected everything from newspapers and bottles to expensive items.

“If items were available in different versions or colors he would buy one of each,” Artcurial notes in its news release. “Unwilling to dispose of anything, he soon ran out of space in his flat and bought a second home outside Stockholm that also quickly filled up.”

After Giermark’s death, security was put in place to protect his cars.

“Over the next five years several people came forward with a claim to the cars but, in each case, the court ruled against the claimants,” Artcurial said. “In 2017, the Swedish government-regulated fund for unclaimed inheritance took ownership of both cars and have appointed Artcurial Motorcars to offer them for sale in July 2018 at Le Mans.”

Artcurial said a documentary about Giermark and his cars has been broadcast on Swedish television.

The 1963 300 SL roadster is one of only 57 produced for 1963 and was stored in a way to preserve it from humidity, said Artcurial, which expects the car to sell for $1.8 million to $2.4 million. The car comes with a hard top and all of its original manuals and paperwork.

The 1956 Gullwing, which also has all of its original manuals, has a pre-auction estimated value of $1.2 million to $1.8 million.

Also on the docket for the auction are a 1969 Ferrari 365 GTB/4 Daytona raced at Le Mans, a long list of recent supercars, and a group of cars celebrating the 70th anniversary of Porsche.