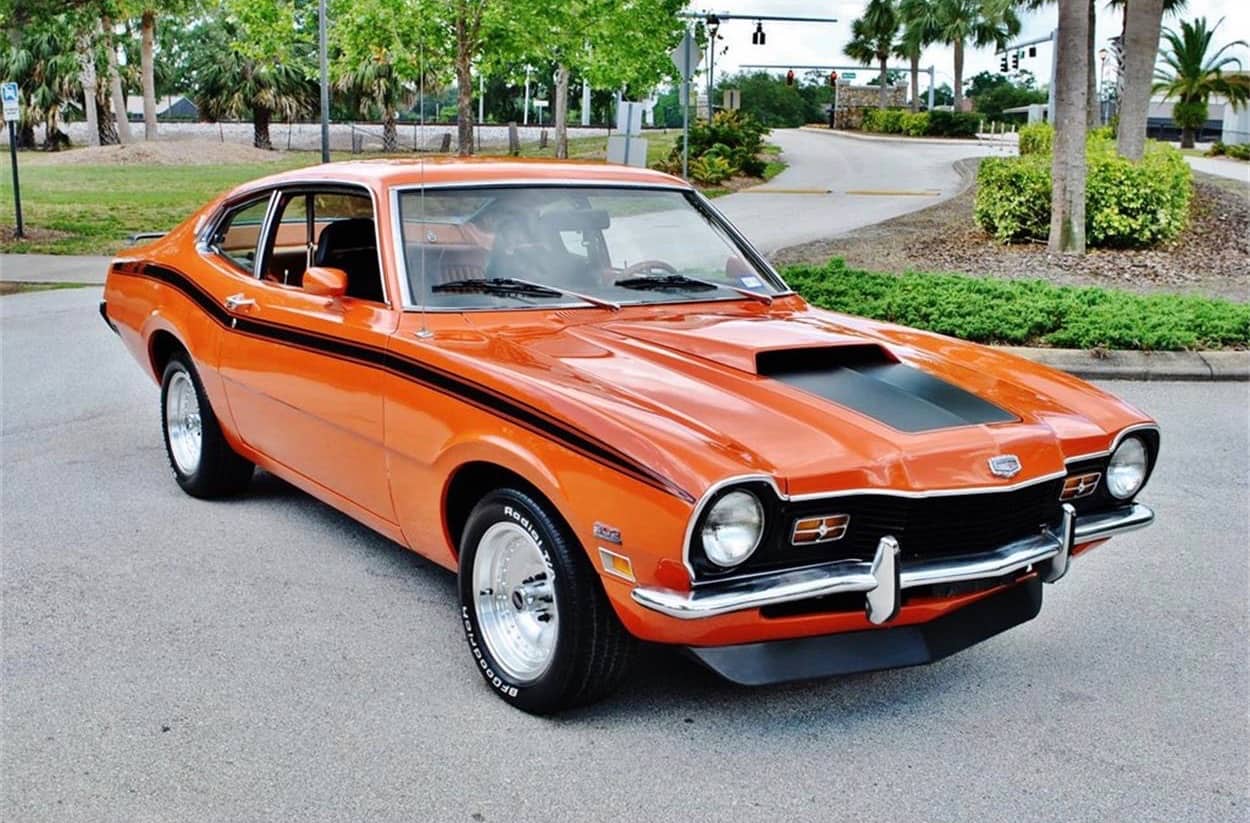 Old-timers might remember the introduction of Mercury’s compact Comet, an event featured with a series of television commercials with the jingle, “One-hundred-thousand miles at one-hundred miles per hour on the banks of the mighty big D.” The message was a reference to a promotion in which the cars averaged 100 mph for 100,000 miles in an endurance demonstration at Daytona International Speedway.

Those early Comets were based on the Ford Falcon and were intended to be an entry-level model for Edsel dealerships, but with the demise of that experiment, Comets were reassigned to Ford’s Lincoln-Mercury division.

The Comet went into hiatus for 1970 but returned for 1971, now based on Ford’s Maverick, which had replaced the Falcon in Ford’s lineup a year earlier. The Standard Encyclopedia of America Cars termed the Comet “a Maverick with makeup.” 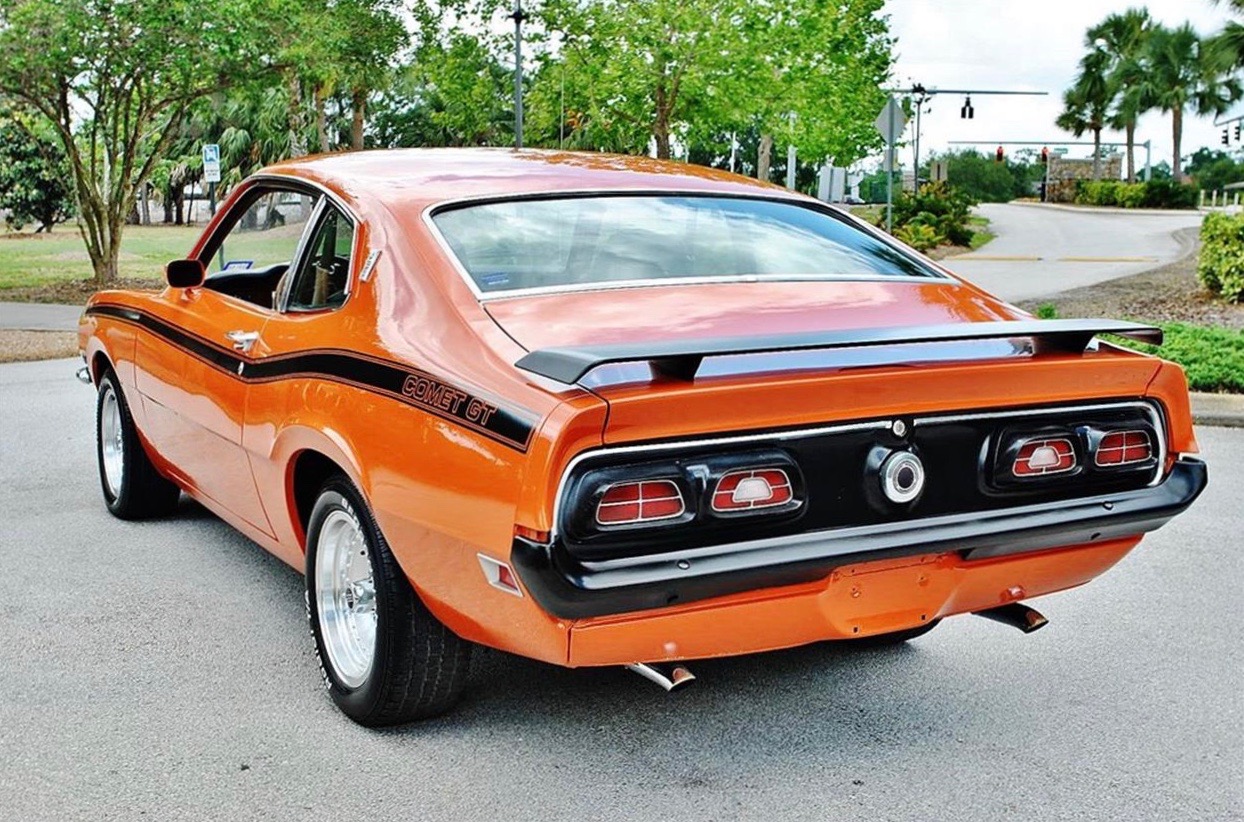 Our Pick of the Day is an even more modified 1974 Mercury Comet GT, being advertised on ClassicCars.com by a classic car dealership in Lakeland, Florida.

The dealer’s ad notes that the car was used as a daily driver for “a few” years, and since has undergone a resto-mod update.

The engine is a 1986 Ford HO (high output) 302cid V8 with a 650 Holley carb and Weiand Stealth intake. The car also has power brakes and steering, electronic ignition, new shocks, dual exhaust, and interior upgrades that include a custom center console, gauges and aftermarket seats and new carpeting.

The dealer also notes that the “heavy” 1974 bumpers were replaced with lighter ’72 versions.