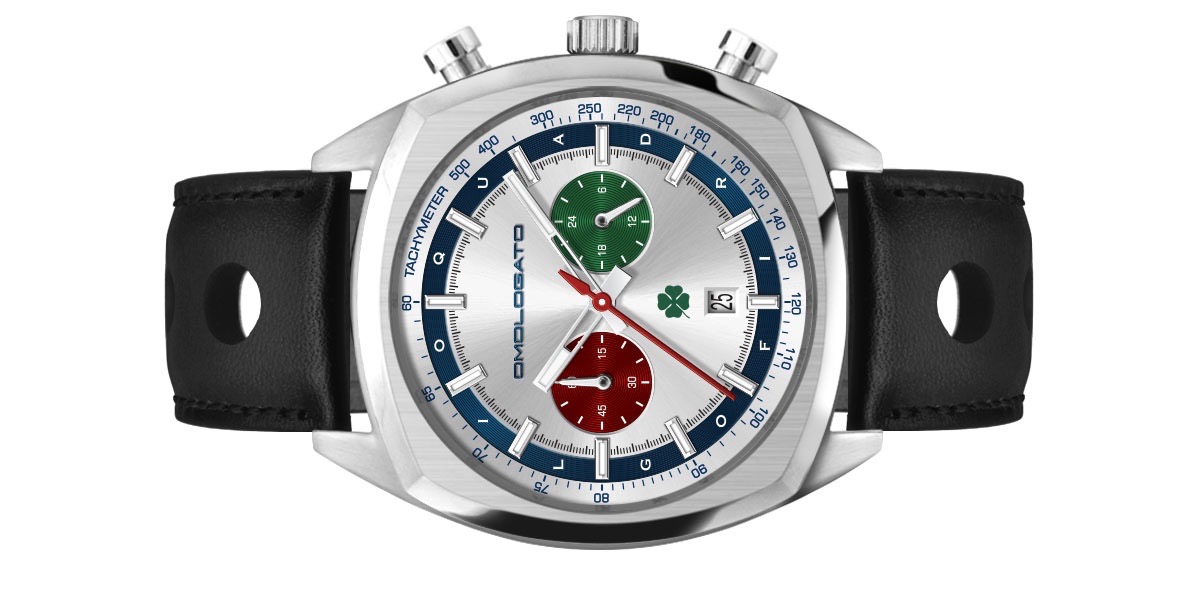 Quadrifoglio is the Italian word for cloverleaf, and its presence as part of the Alfa Romeo badge traces to Ugo Sivocci, a works driver for Alfa Corse who seemed to always finish second, frequently to his teammate Antonio Ascari.

Sivocci, who was highly superstitious, finished ninth in the Targa Florio in 1922, but when he returned for that famed road racing event in 1923, he wanted luck on his side so he used green and white colors to paint a pair of Quadrifoglios on the nose of his Alfa Romeo RL.

Sivocci won the race, and he continued to race with cloverleafs on his cars — the four leafs housed within a white square — until five months later, at the Italian Grand Prix at Monza, when he didn’t have time to complete the paintwork on his Alfa P1. It was in practice for that race that Sivocci suffered a fatal crash.

Since that date, all Alfa Romeo racing vehicles have worn the Quadrifoglio, though they are located within a triangle. The missing corner is a tribute to the loss of Sivocci.

Alfa would win the inaugural grand prix championship in 1925 and also the inaugural Formula One title in 1950, the latter with Guiseoppe Farina in the Alfa 158 racer.

And now watchmaker Omologato has offered its newest limited-production model, the Quadrifoglio, with only 158 to be available as a tribute to Sivocci and that first F1 championship by the Alfa 158.

“Quadrifoglio is one of those racing names that stir emotions of racing in its purest form” Omologato founder Shami Kalra was quoted in a news release. “When designing this watch I wanted the wearer to be reminded of this great racing team and the 3 great racers — Farina, (Luigi) Fagilo and (Juan Manuel) Fangio — who took Alfa Romeo to be the status of motor racing royalty in the 158. The colors used on the face are a tribute to this famous marque and the engraved details on the back a reminder of who brought them this well deserved reputation.”

The watches are priced around $440. Each is numbered (1 to 158) and those who pre-order may be able to select their number from within that range.

Based in England, Omologato has a more than quarter-century involvement with motorsports. Its hand-assembled watches use Japanese movements. For more information, visit the Omologato website.