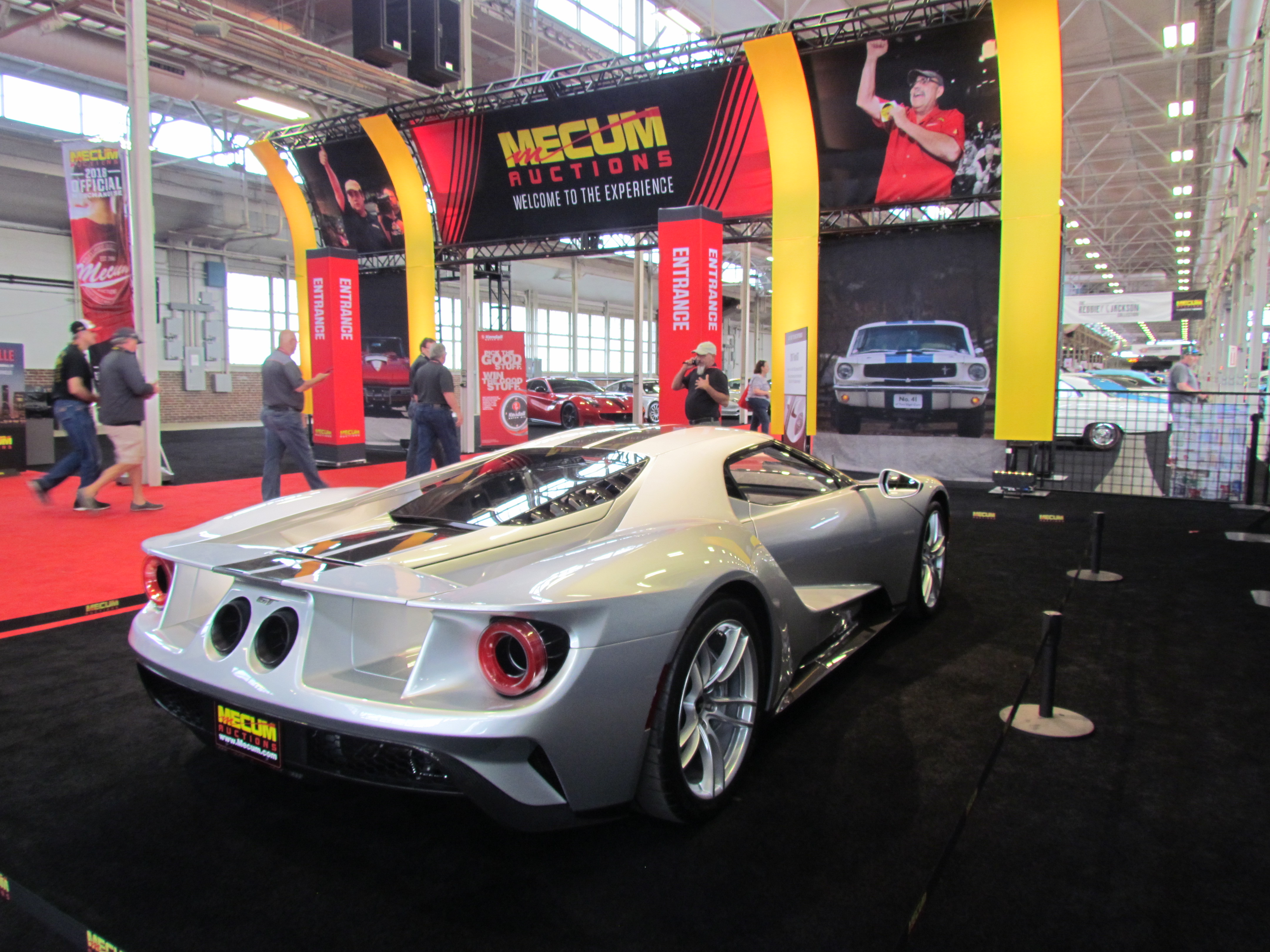 But suddenly the talk of the auction, and perhaps of the entire collector car world, concerns the late addition to the docket of a 2017 Ford GT. 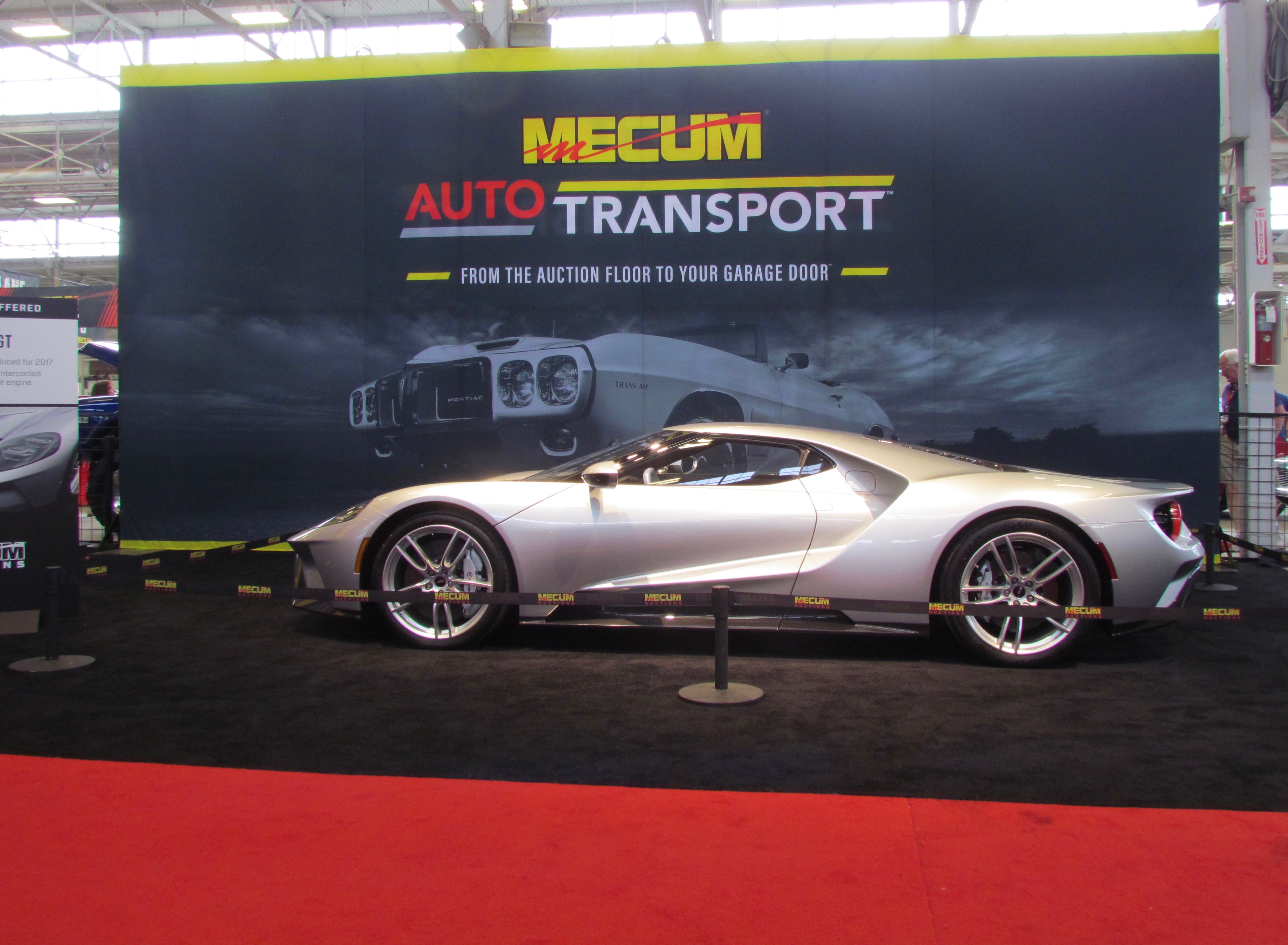 Ford had buyers of its 2017-18 supercar sign agreements stipulating that they would not sell their cars for 24 months. Wrestler-turned-actor John Cena was among them, but he put his car up for sale and faces a lawsuit from Ford, which remains pending. Cena sold his car, and there are reports of at least two or three other original owners selling their GTs, most likely for handsome profits.

That’s the case with the car consigned Monday to the Mecum auction taking place this week in Indianapolis. The original owner already sold the car to the person who consigned it to Mecum’s  docket.  The car is basically brand new; it will be offered for bidding with only seven miles showing on its odometer, Mecum Auctions said.

When the car crosses the block on Saturday, it will be only the second time a third-generation Ford GT has been offered at a public sale, and the other time the car was sold for the benefit of a charity. In January, well-known car collector Ron Pratte donated his new Ford GT to the Evernham foundation to be sold at Barrett-Jackson to raise funds the Autism Society of North Carolina. The car sold for $2.2 million.

Ford sells the limited-production, mid-engine sports car new for around $450,000, and so far only to carefully screened clientele.

A Mecum executive told ClassicCars.com Journal that the car was consigned by someone other than its original owner, and that soon after announcing the consignment, the auction company received a call from Ford. 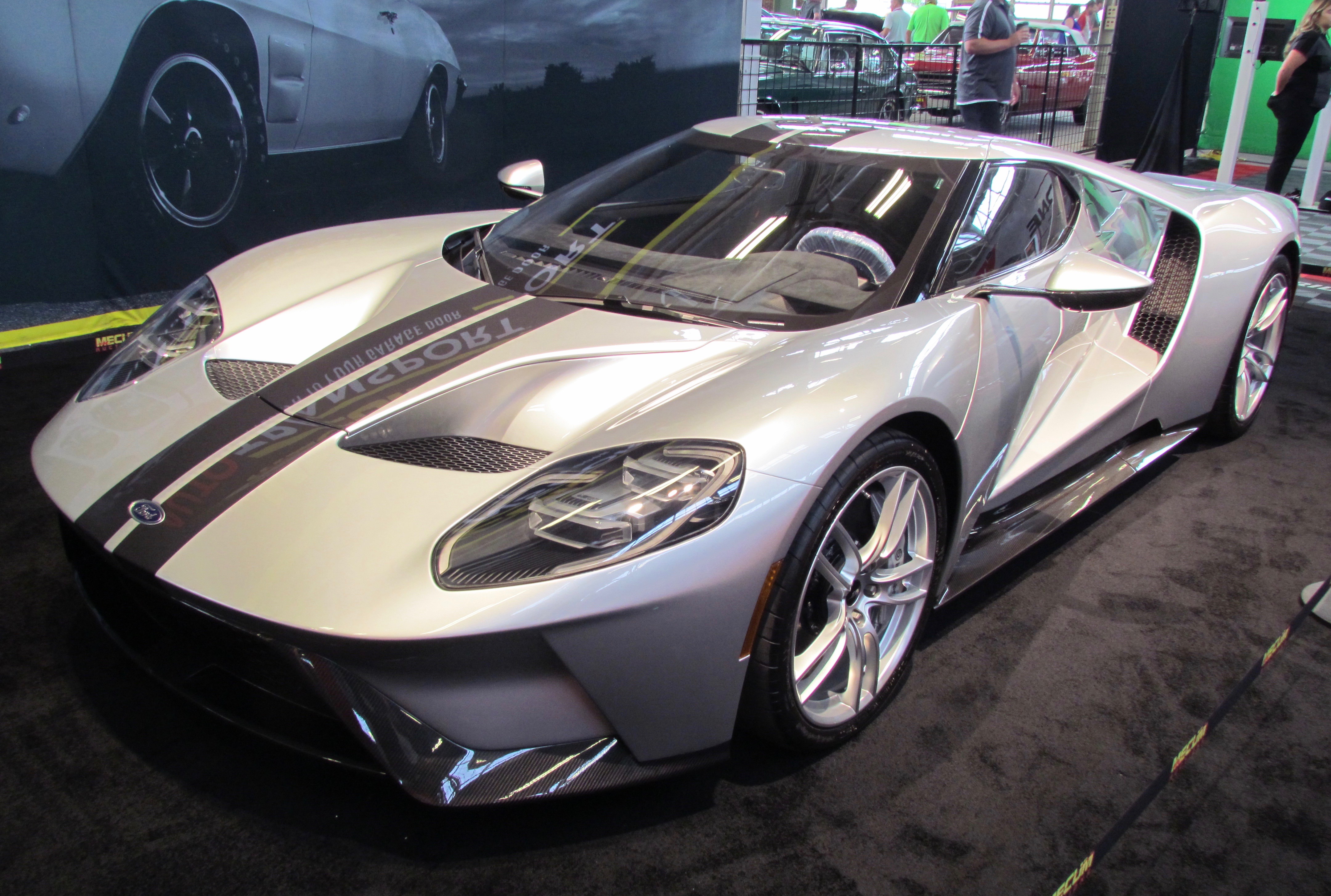 The Journal contacted Ford about the sale and received this statement: “We are aware of this situation and investigating, however Ford does cannot comment on individual customer matters. What we can say is that all Ford GT customers sign contracts, which include an agreement not to sell the car for at least two years.”

Ford’s original GT, the GT40, was developed to race in the 24 Hours of Le Mans race after Enzo Ferrari and Henry Ford II had agreed to a deal in which the Ferrari brand would be enfolded into the Ford Motor Co. — only to have Ferrari change his mind. The GT40 secured Henry the Deuce’s revenge by ending a long Ferrari winning streak at Le Mans and capturing the checkered flag four years in a row, from 1966-69.

The Ford GT that emulated the design of the GT40 was produced in the early 2000s as part of the Ford corporate centennial. The newest GT was created as part of the celebration of the 50th anniversary of the first of those Le Mans victories by the GT40s, and the newly minted GT won the GTE (Grand Touring Endurance) class at the French race in its debut.

The road-going GTs  of 2004-06 were sold for around $150,000 each but often bring more than double that amount at collector car auctions. The GT’s style, performance and rarity made it an instant collector car, with low-mileage examples often appearing at the sales.

Ford received 6,000 applications from potential buyers of the latest round of the GTs. However, the automaker said it will produce only 250 of the cars per year for four years.

The 2017 and 2018 models were sold to those who already own an original GT or to those considered influencers, and the cars were sold with the agreement that they would not be resold for 24 months.

Applicants who didn’t make that first cut will be eligible to buy the 2019-model-year GTs, and the 2020s are to be offered to new customers.