Let me begin by saying I am much more of a GT car person than a sports car person. I like the idea of a car that can cover hundreds, if not thousands of miles, at high speed and in supreme comfort.

A GT has to handle well, have strong performance, nice styling, and a supremely comfortable interior.

Sports cars are different creatures, sacrificing a degree of comfort for an even more engaged driving experience.

Recently I was offered a new Lexus LC500h to drive from my home in Connecticut to the Greenbrier Concours in West Virginia. I went into the drive knowing that Lexus vehicles, which are exquisitely built, tend not to be very sporting and can come off a bit numb. 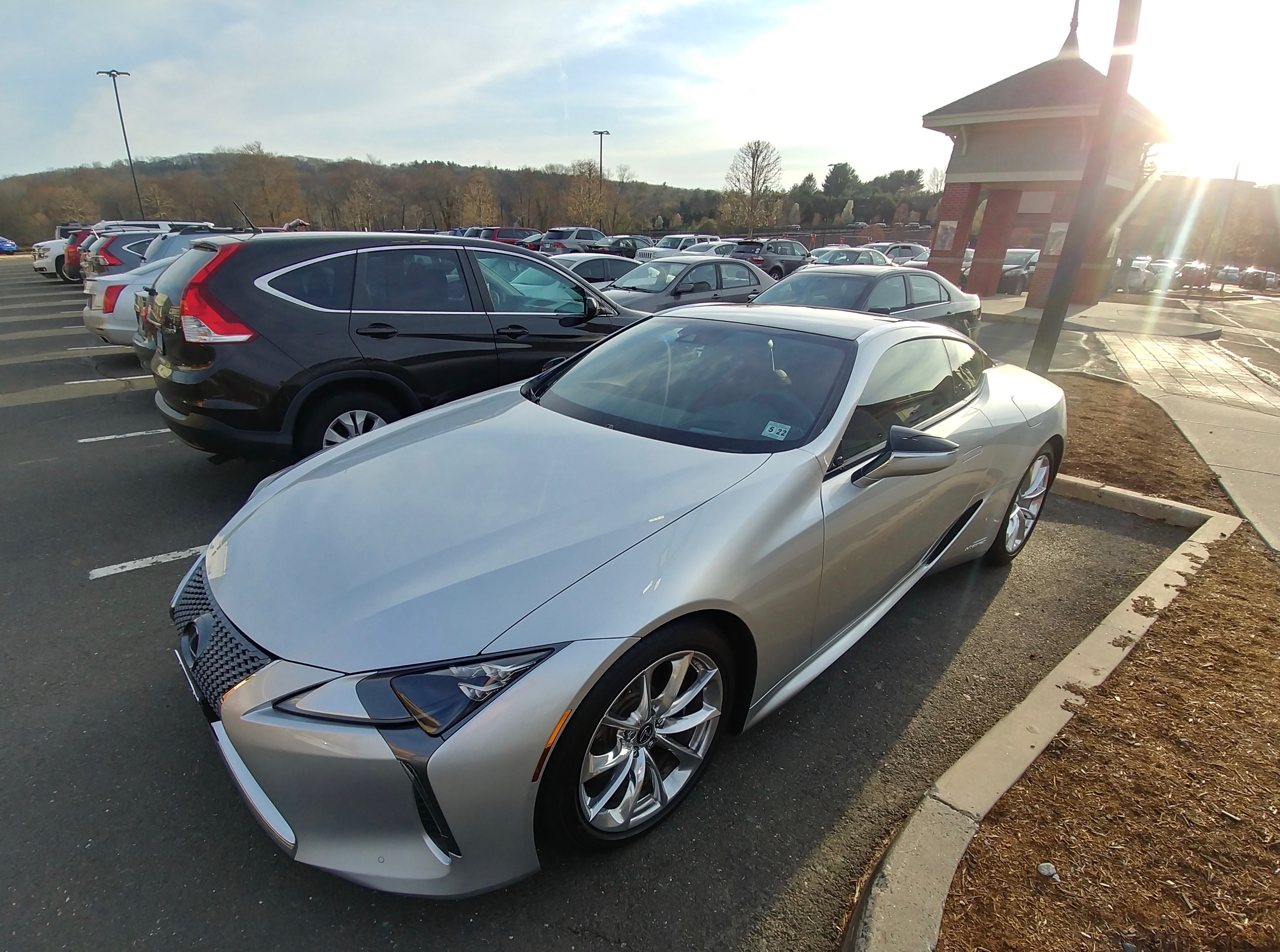 But from the minute I saw the LC500h in person I knew that this was a different kind of Lexus.

First off, it makes some sacrifices in ergonomics, something I doubt Lexus would do. The trunk is small, it will not hold a set of golf clubs. The interior is a bit tight, the rear seats are decorative only. You may think that these are negatives, but these are the very things that made me take a closer look at the car.  It is often the seeming imperfections that make a car more interesting, and this car has enough of them to make it feel even more special and exclusive.

Another thing impressive about the LC 500h is the car’s exterior styling. This is the best-looking Lexus car ever. The LC 500h is a more dramatic looking car than even the LFA supercar and looks as if it was designed by Giugaro. It has lots of fantastic creases and angles reminiscent more of a Lamborghini than something made in Japan, yet it is the perfect execution of the Lexus design language and the first model where the styling finally comes together.

Before I set off on the trip, I took my 86-year-old father for a quick ride. He was worried about being able to get in and out of the car but quickly found that Lexus has created a supercar that even someone whose joints don’t quite work as they once did could easily access. I challenge you to give an older person a ride in a new Aston Martin Ferrari, or BMW I8 and see if you get that same feedback. I can tell you from experience that you won’t.

After reading quite a bit of the huge owner’s manual, which I needed to sort out how to make a number of adjustments, I loaded the car with some luggage for my wife and I and headed down the road for the 600-mile trip to the Greenbrier.

The  Lexus received quite a lot of attention from other drivers, with a number of them asking what kind of a car it was, with most quite surprised when I told them that it was a Lexus. Younger drivers took pictures with their cell phones when I was stopped at a traffic light. My wife said she had never been in a car with me that received anywhere near this sort of attention, not even my Aston Martin. That alone should tell Lexus it is on to something good.

On our drive toward Interstate 84 we traveled on some of Connecticut’s roads that are in great need of repair with too many bumps and potholes. Driving these roads in most modern high performance GT cars would have rattled the fillings out of your teeth, but the Lexus, when switched to comfort mode, rode like a Bentley GT.

On the Interstate, I was to give the LC 500h its. It is a true GT, a great car for devouring huge amounts of miles in short order. The car is smooth and stable. Crosswinds do not bother it at all.

And then we reached New York. While sitting in traffic I decided it was the time to test the adaptive cruise control and lane departure assist. I set the speed at 75 mph, set the follow distance at the medium setting, and let the car deal with the traffic. Adaptive cruise is made for this type of situation. It does time out after a bit, but the display lets you know to hit the cruise button to keep it engaged. The system works without a hitch and made tiresome traffic quite a bit less so.

The interior definitely helps in this regard as well. The seats are covered in nice leather and are amazingly comfortable and supportive, offering both heating and cooling. The interior features an Alcantara headliner and a fantastic mark Levinson audio system, is a nice place to be stuck in traffic.

Finally through New York, and New Jersey, we took the car to the valet at the Marriott in Tysons Corner, Virgina. He walked around the car, looking at it from every angle.“Nice car,” he said. “I can’t believe it is a Lexus.”

That seemed to be a trend with people commenting over and over again that it was the nicest looking Lexus car they had seen. We heard these comments from people from every walk of life and every age group, with millennial age guys having he most to say. If you think that car culture is dead in the millennial generation, my drive in the LC 500h dispelled that idea, as that not only did the guys I spore with love the car, they also tended to know more about it than I did. This generation still loves cars, just different cars, much in the same way when I was a kid that I preferred the G-body 911 to the earlier chrome bumper long hood models.

What is interesting is that even though my first love was the 911 Turbo and the 911 SC, I have had four short-hood 911s and 20 long hood chrome bumper models, and I can see this new generation moving at some point along the same trajectory.

The next day we did the Tetris loading of our considerable luggage back into the car and made our way to White Sulphur Springs, West Virginia, and the Greenbrier via I-66 and I-81. Along the way we stopped at the famous Red Truck Bakery in Marshall Virginia, which exceeded our expectations (try the Bourbon cake as it is amazing), and the World Famous Smiley’s BBQ (which was not at all amazing).

We arrived at the Greenbrier and again received the walkaround by not only the valet, but everyone else in front of the resort. 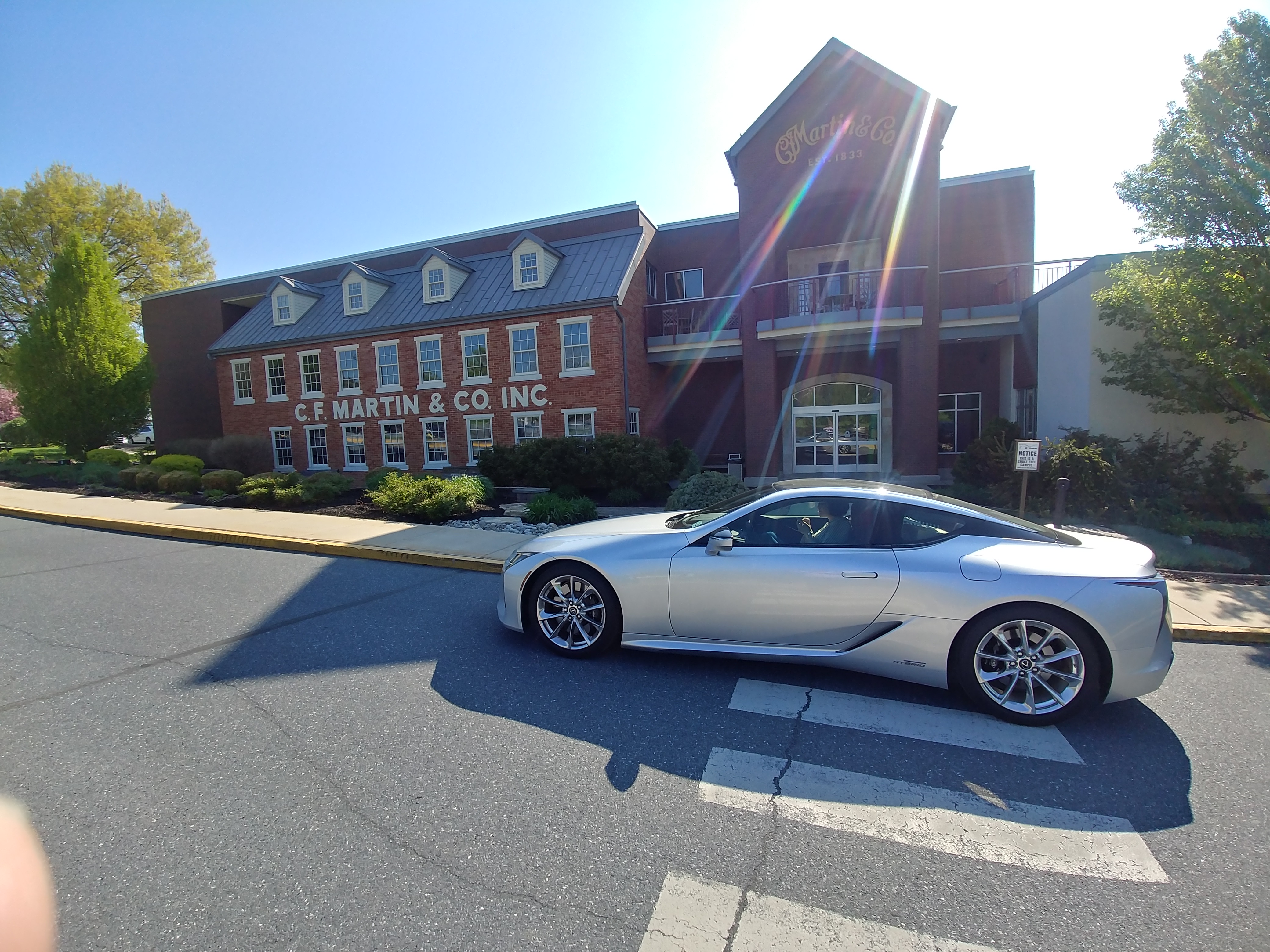 I took the car to the Greenbrier Car Club Day and parked next to an Audi R8 and a Ferrari 458. Much to the other owners’ unhappiness, people ignored the Audi and Ferrari and instead spent tons of time checking out, photographing, and asking questions about the Lexus.

We made our way back to Connecticut on Monday and again the car was pretty close to faultless. We made a stop in Nazareth, Pennsylvania, to visit the Martin Guitar factory, definitely worth the side trip to see more than 100 rare and vintage instruments, including Hank Williams Sr.’s guitar.

So after 1,200 miles behind the wheel, what did I like and dislike about this car?

Let’s start with the dislikes, the shortest of those lists (at least for Andy, Larry Edsall offers a counterpoint consideration of the car):

Now on to the positives. This car is a miraculous tour de force of technology. It does everything you would want a modern GT car to do and does almost everything with ease. 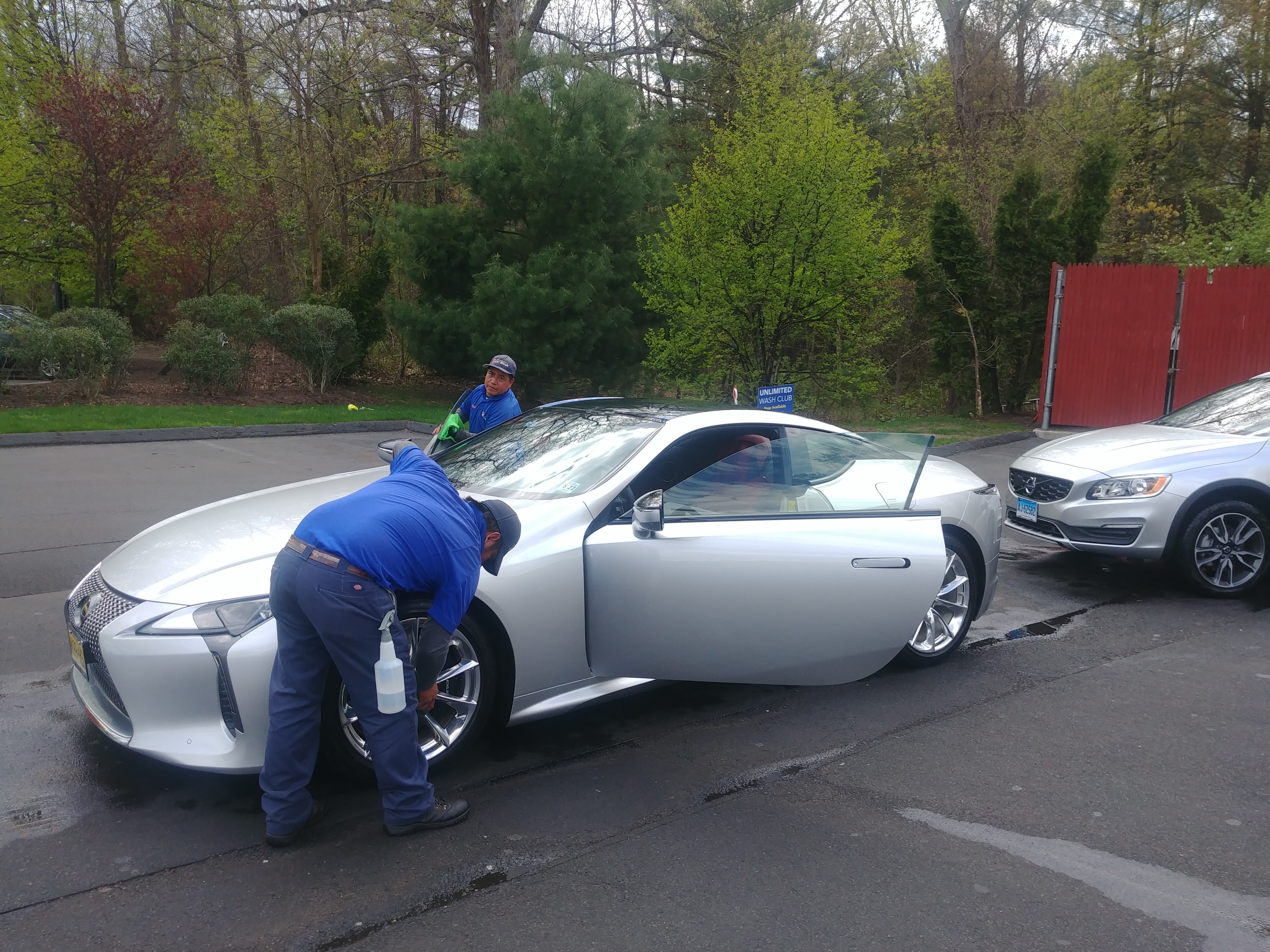 So to sum things up, if you are in the market for a high-end GT that is as good at getting the groceries or going on a 1,200-mile cross-country jaunt, the Lexus LC 500h is a great choice, and possibly the best choice for the money. It would be just the car to drive from Connecticut to Monterey in August. I’ll take mine in Nightfall Mica with a Bespoke White leather with Satin Metallic trim interior please.