Chevrolet’s 2017 Camaro SS 1LE may be a road-going rocket, but so was a pickup truck that General Motors produced nearly 30 years ago, GMPartsOnline.net reminds us with a news release and side-by-side performance comparison chart. 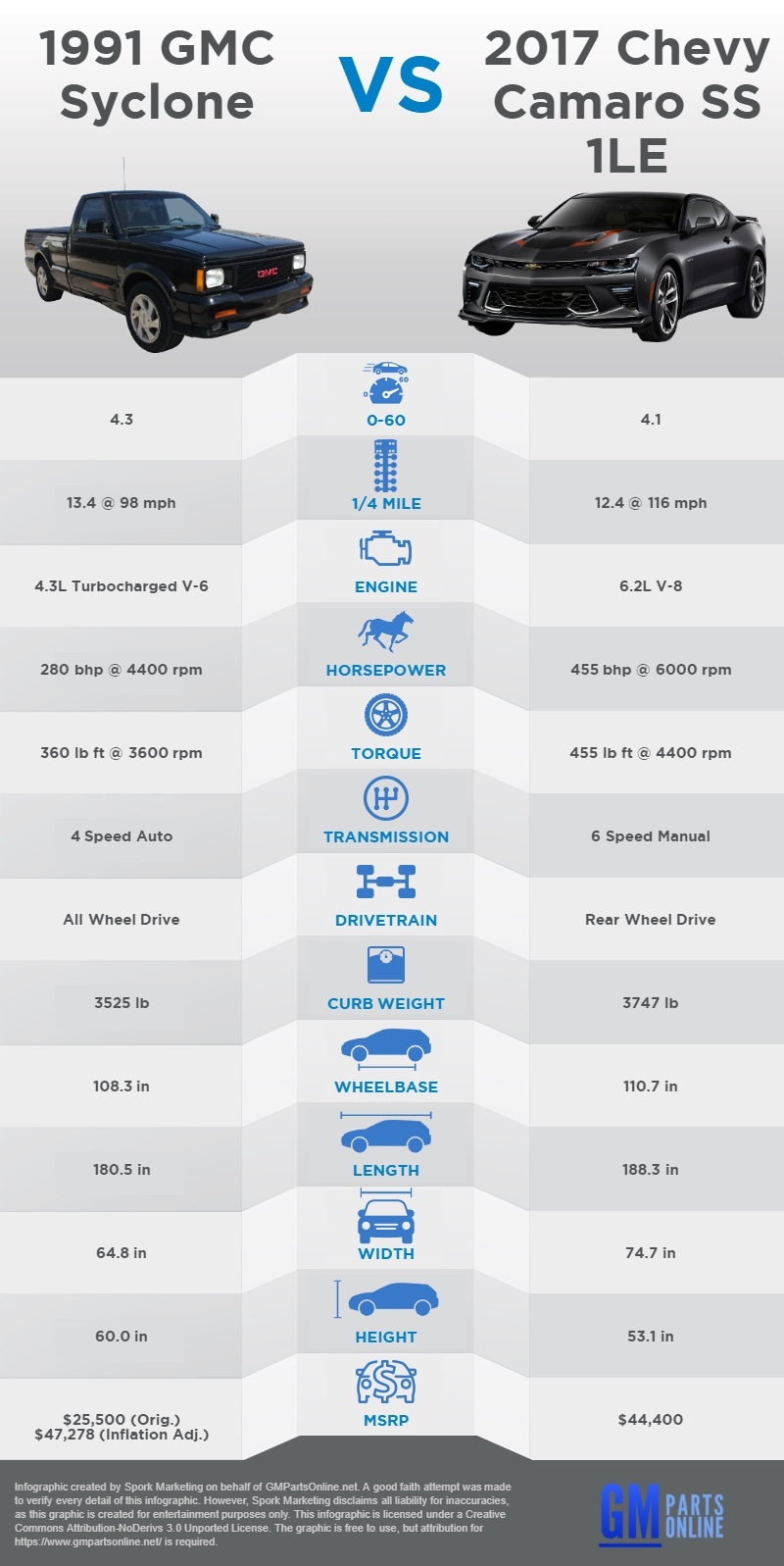 “The 1991 Syclone is Surprisingly Fast, Even Today,” the online parts supplier points out. “The state-of-the-art Camaro just edges the old truck by two-tenths of a second in a 0-60 run.”

“The (GMC) Syclone was a street racer, said to be great at cornering,” Angel Vigil, director of GMPartsOnline.net, is quoted in the news release. “After comparing the 0 to 60 times, we wondered if the truck had the tech of today and GM’s more advanced engines, could it leave the 1LE in the dust?”

The news release notes that the Syclone concept came from Buick engineers.

“Finally, the GMC division, seeking to compete with Chevy, jumped at the opportunity.”

In production guise, the Syclone carried a 4.3-liter turbocharged V6 rated at 280 horsepower and 355 pound-feet of torque, making its more powerful than the 1991 Chevrolet Corvette’s L98 engine.

“It was rumored that the Syclone engine was underrated so as not to challenge the Corvette ZR-1 LT5 engine, which produced 375 hp / 370 lb.ft.,” the news release reports.

In addition to power, the Syclone had all-wheel drive. “It featured a viscous coupled center differential that split power 35 percent/65 percent front to rear,” the online parts company said.

“It also had a limited-slip rear differential. Even though the Syclone has less power than the Camaro, its drivetrain excels at getting the power to the ground. The truck’s all-wheel drive system was strictly for on-road adventures. It included exclusive 16×8-inch aluminum wheels with 245/50/16 Firestone Firehawk tires.”

The Syclone was a limited-production vehicle with only 2,995 rolling off the assembly line.