50 years on, Mehari gets an artistic update

Citroen is proud that its Mehari model is “a symbol of French-style automotive audacity.” To underscore that belief, the automaker recruited designer Jean-Charles de Castelbajac to create the E-Mehari Art Car as part of the 50th anniversary celebration of the launch of the plastic-bodied convertible.

The art car is based on the electric version of the Mehari introduced in 2015.

The electric version itself is an update on the theme of the original plastic-bodied, brightly colored, ready-for-the-beach vehicle of the 1960s. Meharis not only proved to be recreational vehicles, but they competed in such events as the Paris-Dakar rally. In 1979, a 4×4 version was added to the model mix.

Mehari is the French word for a breed of rapid-running dromedary camel like those used by the French Army in the Sahara.

“May ’68 marks the birth of Mehari and the beginnings of the designer, born from the generation who took to the streets of Paris,” Citroen said in its announcement. “May 2018 symbolizes the collaboration between two talents who find themselves under the banner of the creative revolution that has always driven Citroen and Jean-Charles de Castelbajac.”

“Mehari is an icon of Citroen, the ultimate non-conformist car,” Arnaud Belloni, Citroen’s director of marketing and communication, is quoted in the news release. “It was born in May ’68 and 50 years on, it remains the embodiment of French-style pop culture. 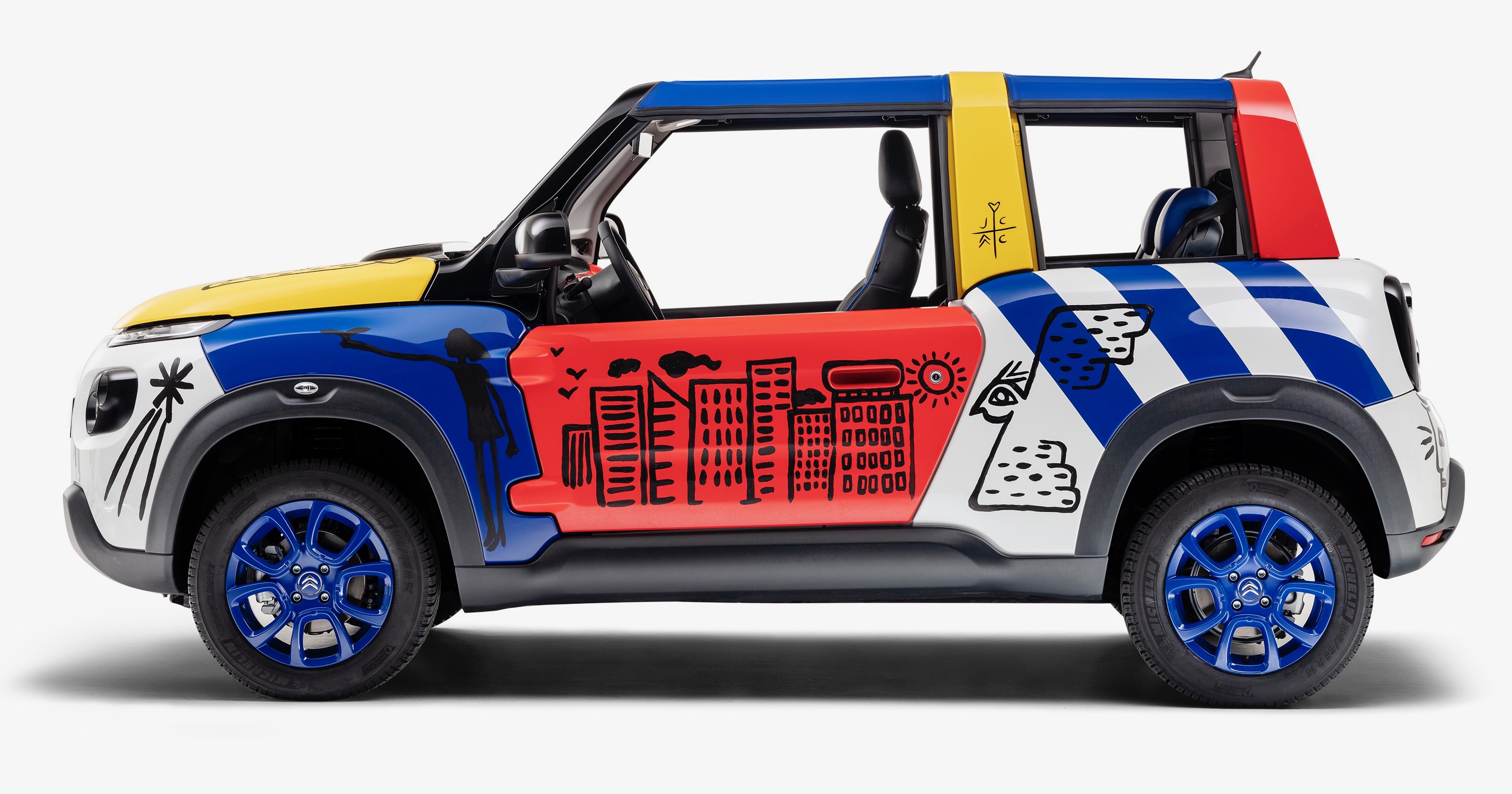 “To celebrate this anniversary, we have entrusted Jean-Charles de Castelbajac with its 100 percent electric worthy successor. The result is a fresh E-Mehari Art Cart with a zest for life. It is the coming together of two worlds which are both as creative as they are revolutionary”

The original Mehari remained in production until 1987. The E-Mehari resurrected the name, but with Lithium Metal Polymer batteries. Citroen notes in its news release that the E-Mehari was the first electric vehicle certified as Origine France Garantie (French Origin Guaranteed).

A hardtop version of the electric vehicle was unveiled earlier this year to provide an all-weather, hatchback-style model.