Record-setting, and stylish, too 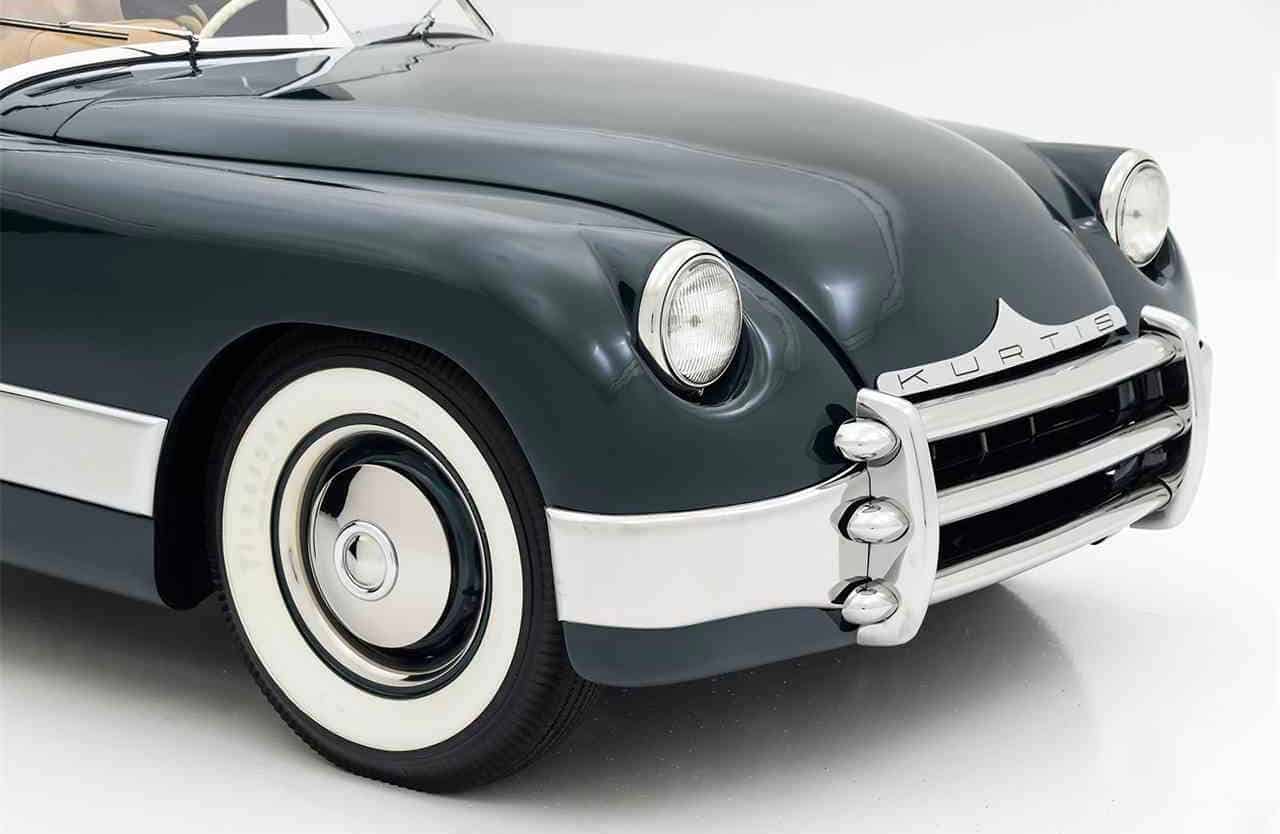 Frank Kurtis may be best-known for his racing cars. Five times Kurtis Kraft cars were driven into victory lane at Indianapolis, where more than 100 of his creations competed. He also built around 1,000 open-wheel “midget” racers.

Kurtis, son of a blacksmith who immigrated to the U.S. from Croatia, worked as a teenage apprentice at Los Angeles’ acclaimed Don Lee Coach and Body Works, and built some road-going sports cars and special vehicles for Hollywood movies. 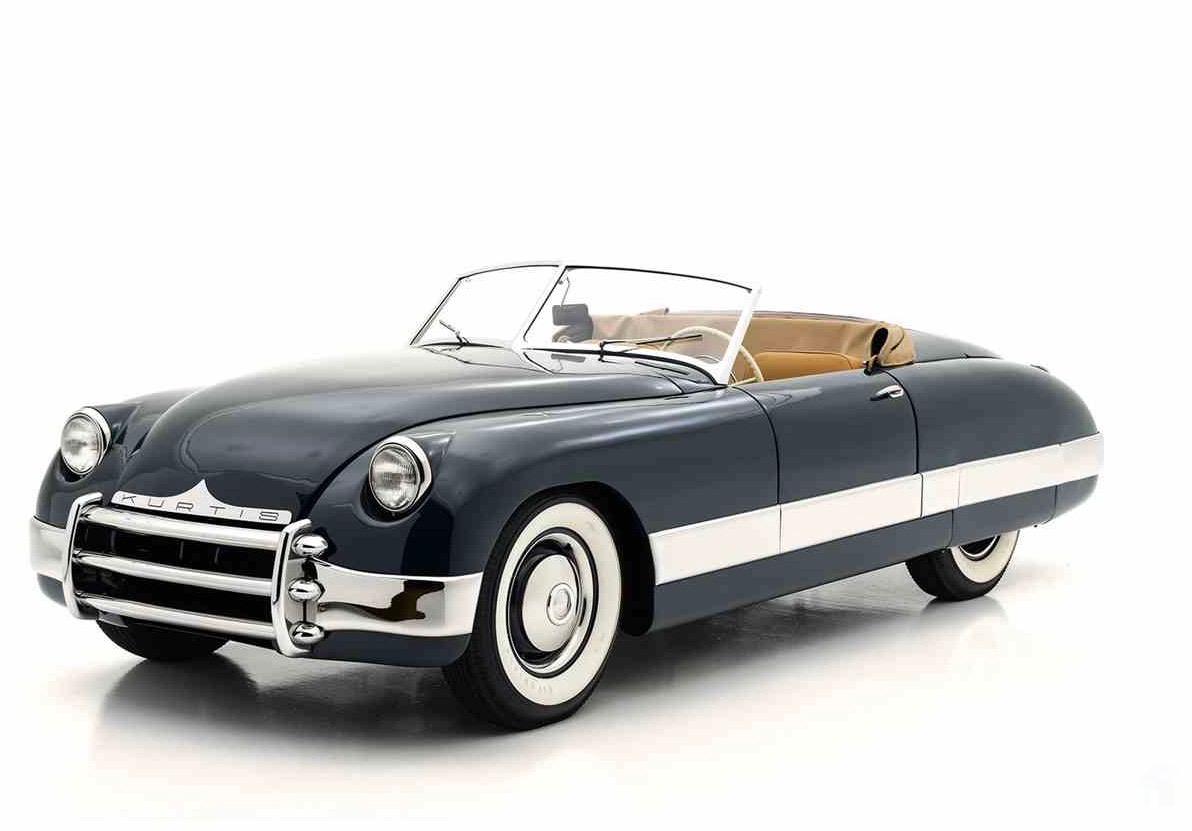 In 1948, he took possession of a wrecked 1941 Buick and turned it into a stunning custom which drew so much attention he decided to produce several more, including the Pick of the Day, a 1949 Kurtis Sports offered for sale by a St. Louis collector car dealership advertising on ClassicCars.com.

“At first, Frank made an agreement with Studebaker to supply suspension components and their upcoming OHV V8 engine,” that ad notes. “Based on a reworked Champion chassis, the car would be designed and built by Kurtis, and sold through Studebaker dealers. But production delays with the V8 saw Frank Kurtis grow increasingly impatient.

“Kurtis felt that Ford’s flathead V8, with a few choice upgrades, would provide the motivation he required. A deal was struck… and when production began in 1949, the Kurtis Sports used a combination of Studebaker underpinnings with Ford V8 power, wrapped in a modern and unique streamlined body of fiberglass, steel and aluminum.

“It is believed that about 15 Kurtis Sports were built before Frank was persuaded to sell the rights to Earl “Madman” Muntz who stretched the chassis to accommodate four seats and fitted Cadillac V8 engine, softening the car and turning the Kurtis Sports into a boulevard cruiser.”

The ’49 Kurtis Sports on offer is KB003, the first production version and Kurtis’ personal car with a Ford 8BA “stroker” engine built by Vic Edelbrock, is the car that Wally Parks, founder of the National Hot Rod Association, drove to a speed record at Bonneville.

After that class-record 142.515 mph two-way sprint, a less-aggressive Ford engine was installed and was used by Frank and his son, Arlen, until they sold it to a racer from New York, who reportedly swapped the Ford V8 for a Cadillac engine.

The car was rediscovered in the mid-1970s and recently underwent a comprehensive restoration which returned it to its original specification with a period Ford flathead.

“Since its restoration, KB003 has been shown at prestigious concours and has been featured in both Hot Rod magazine in 2009 and volume 10 of Hop Up magazine,” the dealer reports, adding that the car has a Southern California Timing Association plaque and Wally Parks autograph.

“KB003 is so much more than just a home-grown special,” the dealer notes in the advertisement. “Frank Kurtis applied the same attention to detail and quality when he built the Sports that he used for his racing cars, and Hot Rod Magazine perfectly describes it as the world’s first ‘Sports Rod.’

“This very car was at the forefront of the American sports car revolution and will be a welcome addition to any collection of important rods, sports cars or racers.”