One of Brook Stevens’ amazing (or shocking) designs 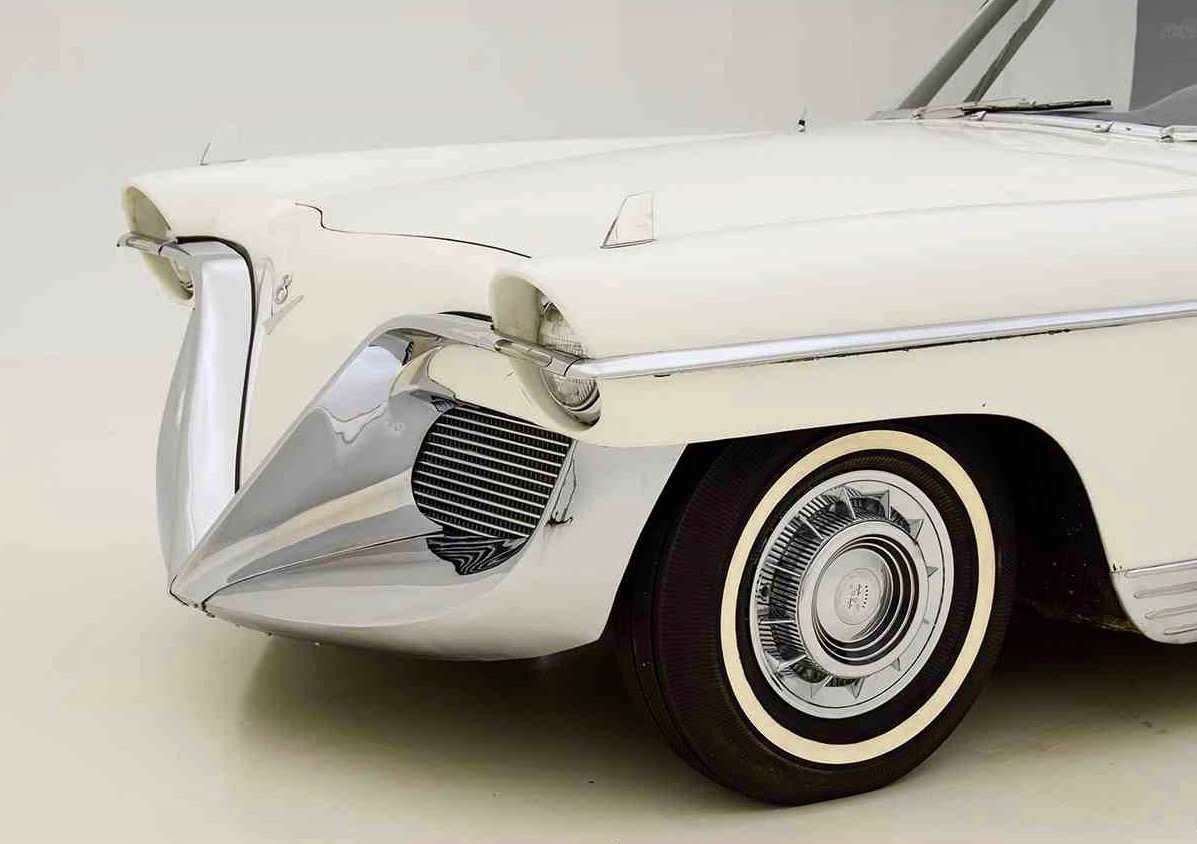 Brooks Stevens was one of the most important industrial designers of the 20th Century. A founding member of the Industrial Designers Society of America, he was credited with everything from railcars with sky lounges to the Oscar Mayer Wienermobile, and from Lawn Boy lawn mowers to the Harley-Davidson Hydra-glide motorcycle.

By the time of his death in 1995, his portfolio included around 3,000 designs that had been put into production. Among them was our Pick of the Day, a 1955 Cadillac Die Valkyrie, advertised on ClassicCars.com by a collector car dealer based in St. Louis.

As the dealer notes in that advertisement, Stevens wanted to showcase the potential of American V8 engines to a European audience. With financial backing from a real estate developer in Cleveland, Stevens based his flamboyant creation around the mechanical underpinnnings of a 1955 Cadillac Series 60 Special chassis, unveiling the result at the Paris Auto Salon.

Stevens gave his car a large and dramatic V-shaped grille and front bumper. The front of the four-seat open-top (with a removable hard top) car was white and chrome, with the section behind the doors in black, with the rear fenders topped by triangular fins.

The car was built in Ravensburg, Germany, by Hermann Spohn, supplier to Maybach, Hispano-Suiza, Mercedes-Benz and other European automakers.

Two such cars were built, one of them gifted by Stevens to his wife, Alice. That car, which for many years was housed in the Stevens museum in Wisconsin, is the one being offered by the St. Louis dealer, which notes that not only is the car an amazing styling exercise, but a fully functional luxury automobile.

“Aside from one repaint it remains in fabulously original condition and still shows the miles that Alice put on the car during her time enjoying it,” the advertisement notes.

“Spohn’s craftsmanship is outstanding, as the car is beautifully constructed and detailed. It is still presented in its original color scheme of white and black with virtually every original detail still in place.

“Given its largely unrestored and original condition, there are a few minor blemishes that appear in the paintwork and elsewhere, though they hardly detract from the drama and glamour of Brooks Stevens’ fabulous design. The extensive original chrome trim is intact and in very fine condition, showing little wear and no damage, further backing the incredibly low original mileage. It rides on its original wheels which are adorned with original Cadillac hubcaps and shod with a set of very unusual US Royal Master tires which mimic the turbine styling of the hubcaps in their sidewalls.

“The car is incredibly dramatic; long, low and wide with that signature ‘cow catcher’ grille up front. The interior is trimmed in black leather which has been beautifully preserved in completely original and unrestored condition.”

The Cadillac 331cid V8 retains its original dual-quad intake and “bat wing” air cleaner. The car has power steering and brakes, and other factory Cadillac components, the ad points out, adding that means “straightforward servicing.”