More than 100 classic cars will be offered up for bidding in a former British Royal Air Force hangar when Brightwells stages an auction during The Classic & Sports Car Show and Flywheel Festival at Bicester Heritage in Oxfordshire, England in late June.

The inaugural gathering of classic cars and vintage aircraft is scheduled for June 22-24. The auction takes place on the 23rd. 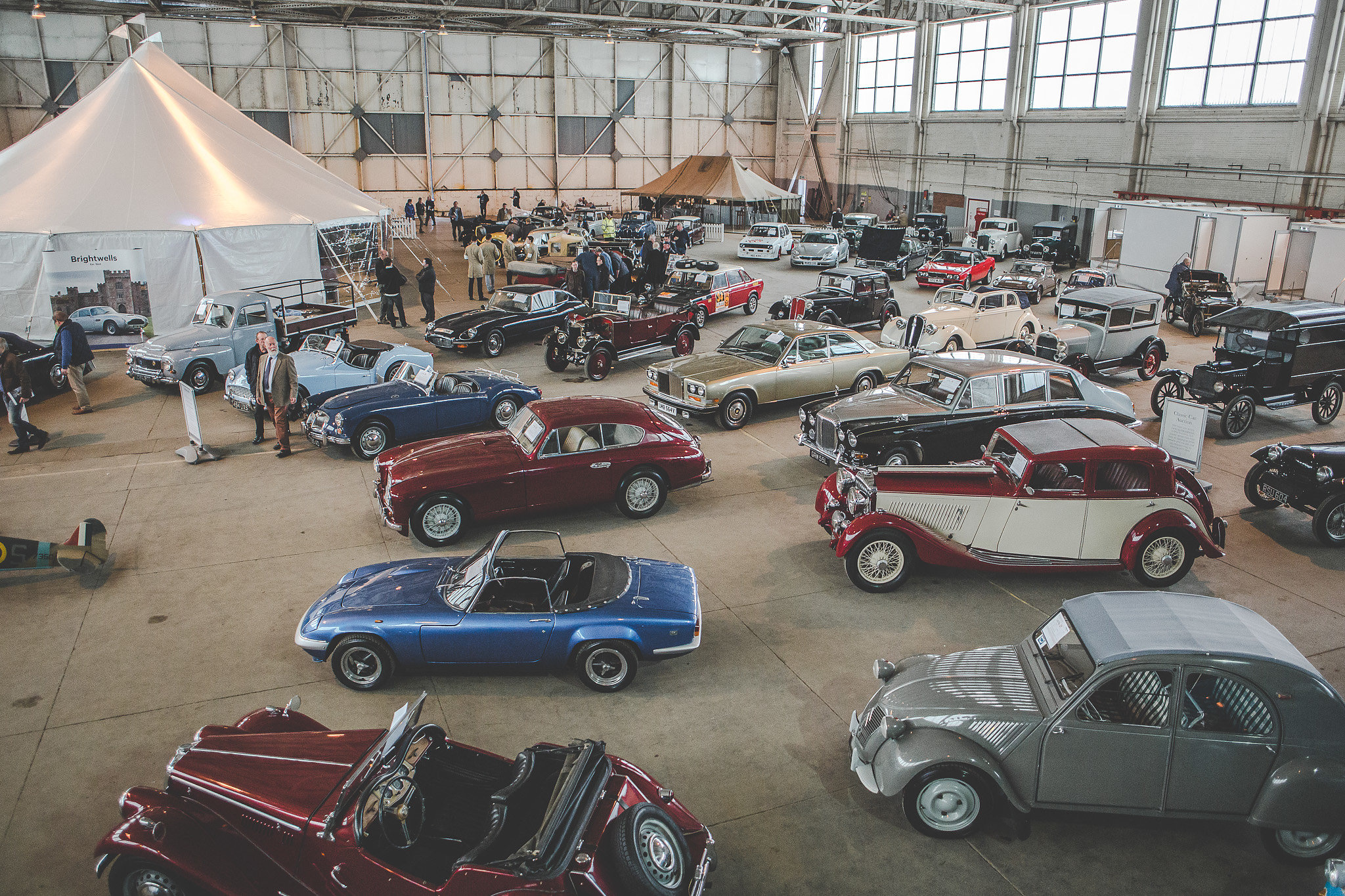 The Flywheel Festival has been held since 2015 and will be joined for the first time by the classic and sports car event, which staged its inaugural last year at Alexandra Palace. However, at Bicester Heritage, the cars will be able to go as well as show, with plenty of room for demonstration runs.

The British auction house staged three auctions at Bicester Heritage in 2017 and recently did the sale of the Jaguar Land Rover Collection of Affordable Classics at the same venue, historic Hangar 113 at the World War II bomber station turned into classic car and aircraft center.

Bicester also served as part of the set for the filming of Darkest Hour, the Oscar-winning film (best actor award) about Winston Churchill, and for The Imitation Game, a movie about World War II code-cracking efforts.

“Bicester Heritage is the perfect venue, with the ability to open its gates to thousands of enthusiasts, and we are thrilled to be offering the full auction experience to the visitors, buyers and sellers alike,” said Matthew Parkin, head of classic cars for Brightwells.

Brightwells was established in 1846 and has equine, livestock, machinery, fine art, real estate and motoring divisions.