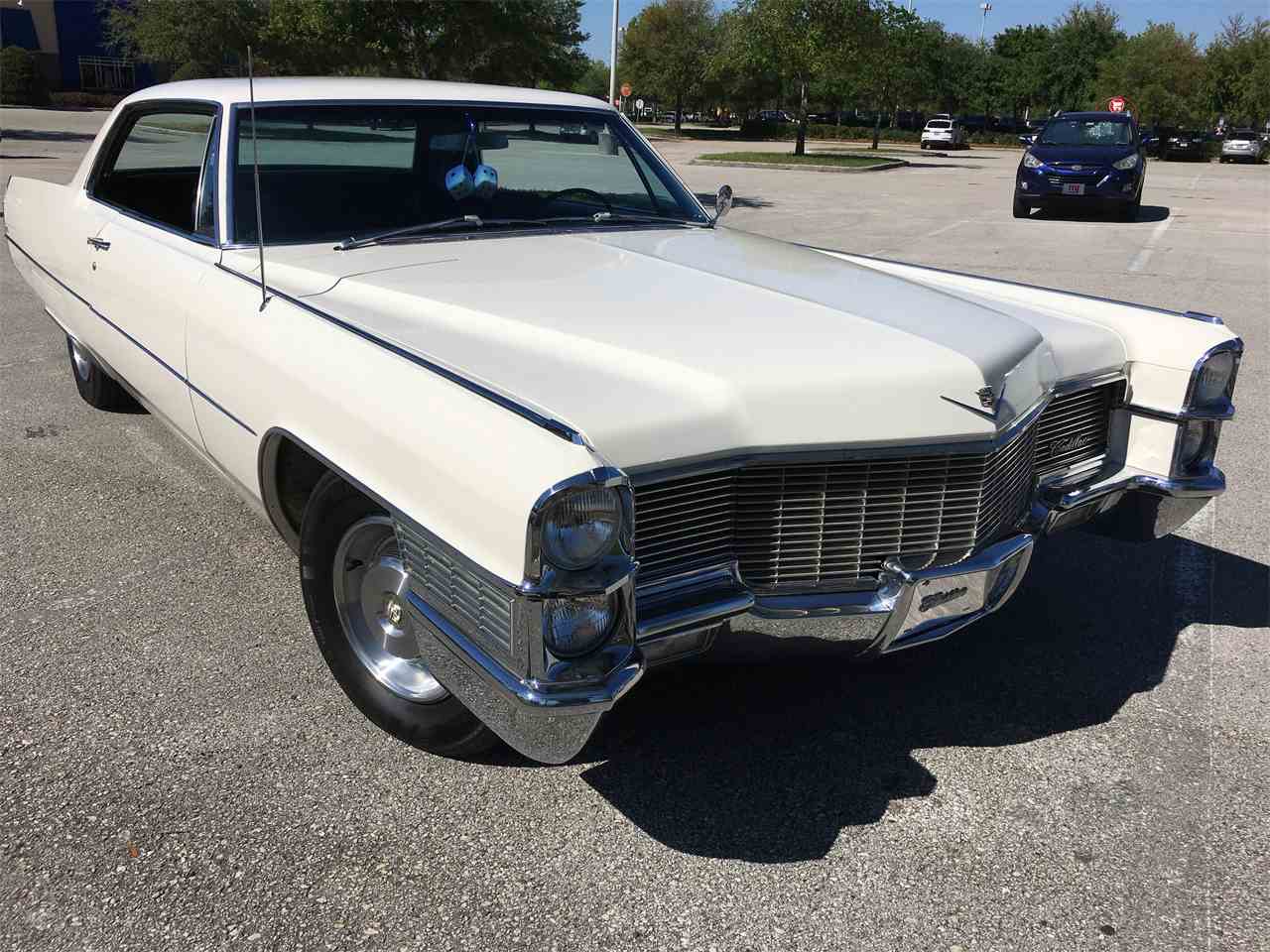 For the 1965 model year, Cadillac switched from offering “Series” cars to cars with more modern model names, such as our Pick of the Day, a 1965 Cadillac Calais coupe, named after the French city located opposite England’s famed White Cliffs of Dover.

Speaking of white, this big and elegant Caddy coupe emerged from an assembly plant wearing white paint and that paint has been redone once, which the private seller says is one of only two aspects of an otherwise pure survivor vehicle; the other is a dual exhaust system with Flowmaster mufflers that emit “a muted, yet classic burble upon startup.”

“A real head-turner and a true icon of the American luxury classic that is Cadillac,” the private seller notes in the car’s advertisement on ClassicCars.com. “This is one of those classic cars that everyone loves. Hot rodders, muscle car guys, and especially all other cruiser people.”

Of particular note is a statement that the 42,275 miles on the odometer represent the actual mileage since new. The original cardboard liner is still in the trunk, along with the original factory rubber tan-colored floor mats (mats that match the cloth seats have been positioned in the passenger compartment).

“This was originally a Georgia car, has spent most of her life garaged in the warm Southeast,” the seller said. “She now is running strong and smooth — perfectly capable of being a daily driver, weekend cruiser — or whatever you desire. Starts up with ease, rides smooth as a cloud, drives straight, can cruise the highways effortlessly.”

The engine is Cadillac’s 429cid V8 linked to an automatic transmission. The car has power windows and brakes and steering, and the seller says the factory air conditioning still blows nice and cold. Gauges all work.