Restored vehicles, those with single-family history are most attractive to buyers 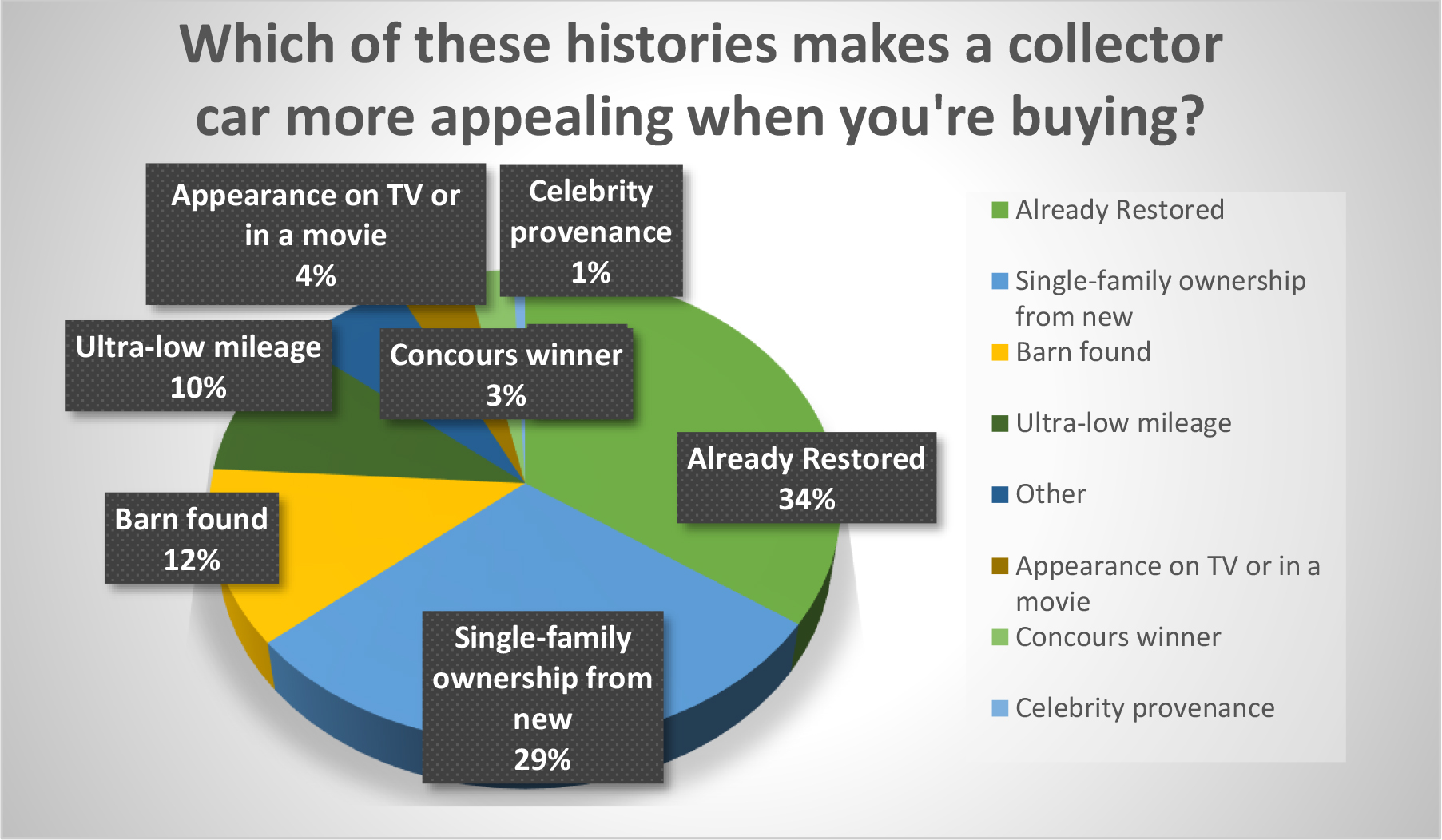 More than six out of 10 people responding to our recent weekly poll said they are most attracted to buying a collector car based on it having undergone a complete restoration or its single-family ownership history since new.

Already restored was the top choice, by 34.67 percent of those voting, while single-family ownership since new was next at 29.33 percent.

Barn-found and ultra-low mileage each pulled at least 10 percent of the votes.

Celebrity provenance proved appealing to only 0.67 percent of those casting a choice in the poll.

Among the “other” suggestions by voters were documentation, no damage, racing history and number produced.

Our question this week asks how recently you purchased a collector vehicle.

Poll: Spouses not much involved in collector car hobby

All cars with powerful engines qualify as muscular, according to our poll