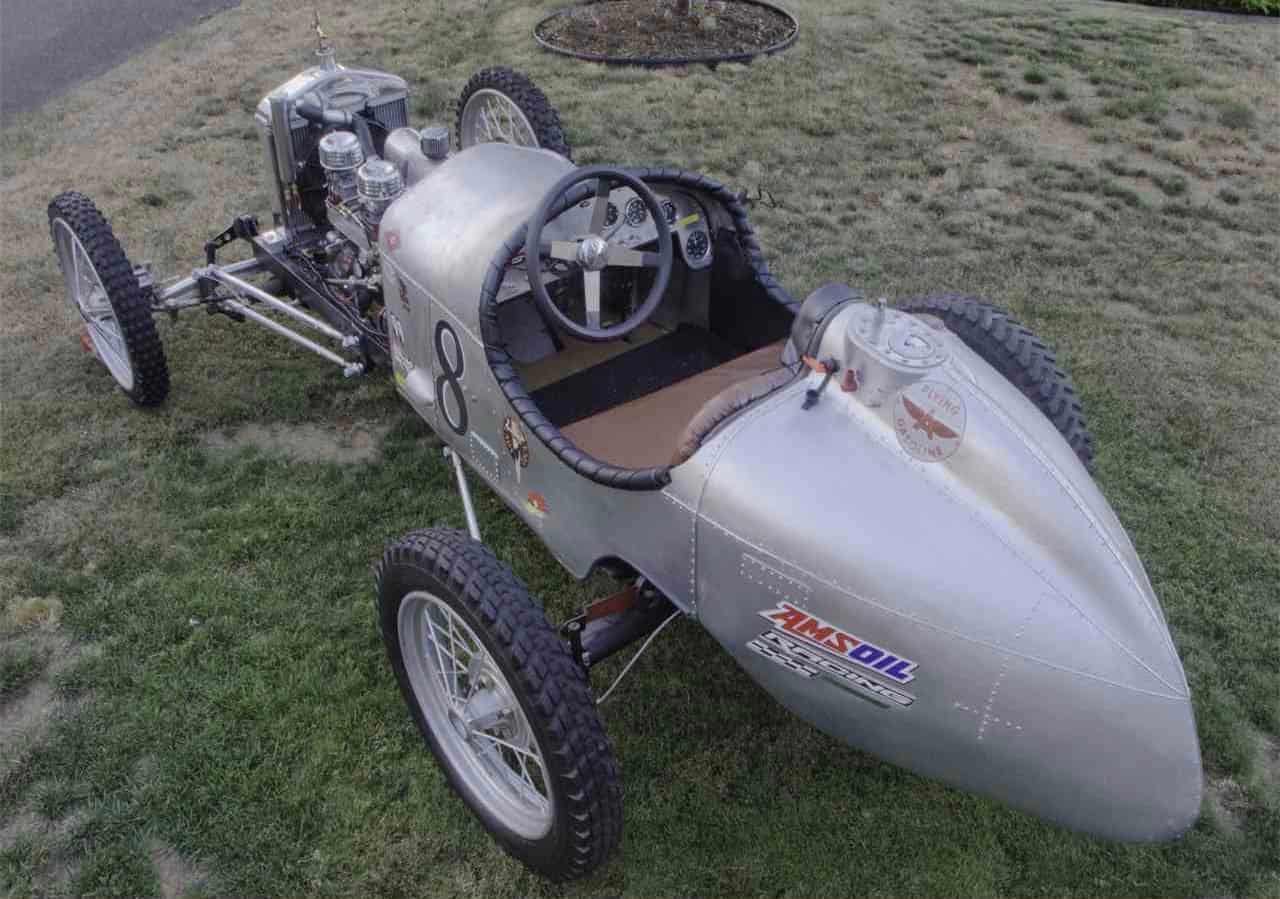 The Pick of the Day is a re-creation of a 1927 Ford Model T-based track roadster racing car advertised on ClassicCars.com by the builder/seller, who notes that the car was based on a real 1930s-era dirt-oval racing car that had been run over by a tractor and left abandoned in a ditch.

While only the cowl section of the original could be salvaged, “this car gave me the ‘pattern and dimensions’ to construct and replicate without further destroying the original.”

“This original car was used generally as a pattern and its historical significance was not to be altered due to the safety upgrades that have been incorporated, such as frame replacement, disc brakes and suspension modifications, and modern methods and components as required,” the seller notes. “This is truly a race car with a Model T Speedster heritage.”

The advertisement notes that a strong frame was fabricated from 2 x 3.125 tubing incorporating an original front and rear cross member. The front axle is stock with a “laurel type” lowering bracket and is placed behind and below the axle.

Disc brakes (from a Kawasaki Ninja 600 motorcycle) have been incorporated on the stock spindles and rack-and-pinion steering is another update for safety.

“The rear end is a rebuilt stock T with bronze thrust bearings and full floating hubs,” the seller notes. “The spring has been placed in front and lowered on the spring perches that normally would be on top. Disc brakes are also fitted to the rear backing plates.”

The car is built on an 88-inch wheelbase with a drift shaft shortened by 24 inches.

“The heart of the beast is a highly modified 1927 Model T engine with an estimated 100 HP,” adds the seller, who shares details on those modifications, as well as those of the transmission, in the advertisement.

“Gas tank, battery and fuel pump are located inside the rear body. Steering wheel has a Racing type quick change, button to remove it but sorry no seatbelts.”

The seller notes that, “Body is formed of aluminum over an aluminum framework with the rear section behind the seat being made of fiberglass.

In addition to the car, the purchaser receives a purpose-built two-axle trailer. 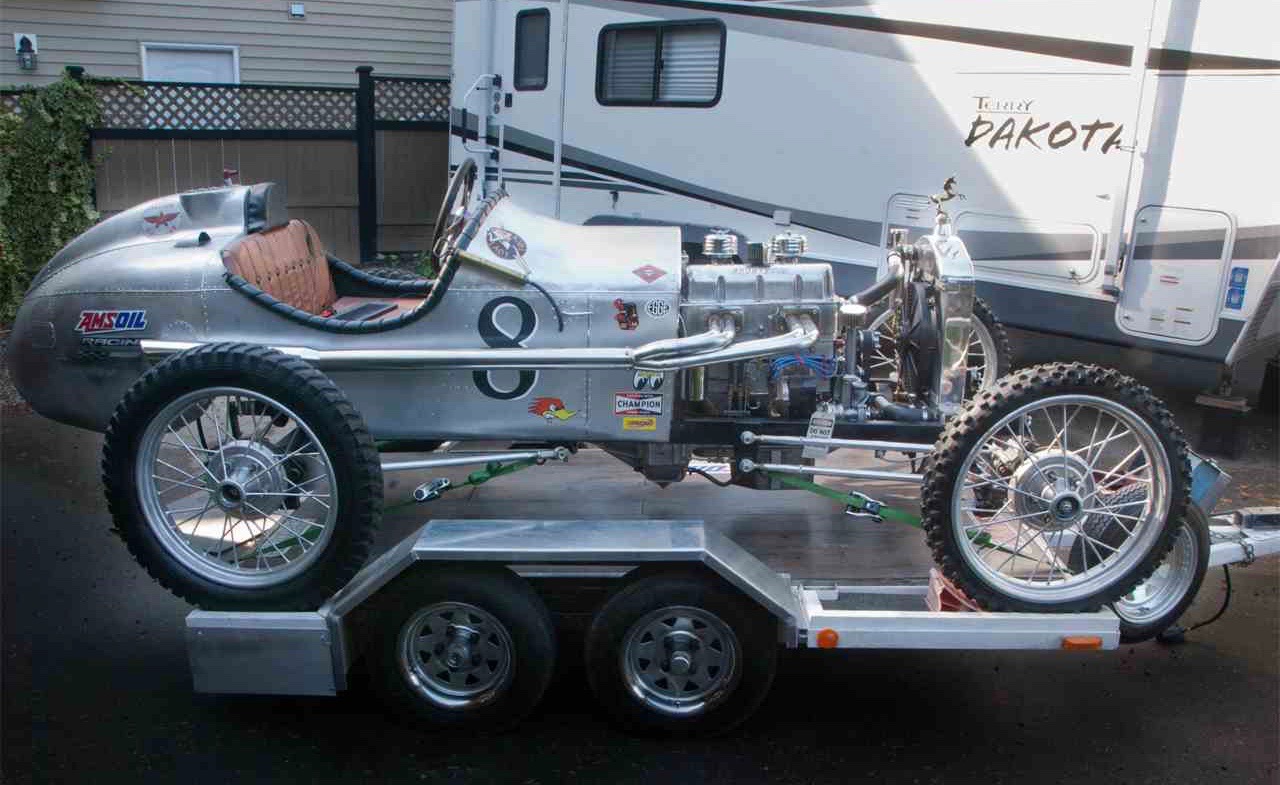 “This being a race car it does not have a title and at present is not street legal,” the seller notes, adding that, “Depending on your location, fitting of lights, fenders and a few other minor items one could get it on the road as a Model T Speedster.”

The car is located in Qualicum Beach, British Columbia, and is being offered for $125,000.