The story of Frederic Bennett and his Dewar Trophy-winning Cadillac are well-known within the classic car community, but did you know that Bennett later bought a new 1930 Nash, or that in 1953 he recreated his Dewar drive with the help of a young racing driver named Stirling Moss?

It was in 1903 that Bennett imported the first Cadillac to England, where he demonstrated the brand’s durability by doing an eight-day, 1,000-mile drive that would become known as the Bennett Run. 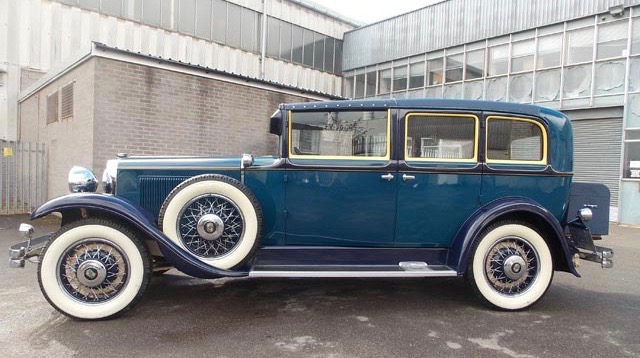 Five years later, three Cadillacs from Bennett’s stock were taken from his showroom on Heddon Street in London and were driven 25 miles to the Brooklands race track, where they were driven another 25 miles before being completely disassembled.

The resulting 721 parts were scrambled into one pile. From that heap, 89 parts were selected, locked away and replaced with new parts from Bennett’s dealership. At this point a mechanic, E.O. Young, and his assistant, M.M. Gardner, were instructed to reassemble three Cadillacs using the old and new parts, even though the building where the parts were kept had flooded and some of the parts had begun to rust.

Working only with wrenches and screwdrivers and oily rags to remove surface rust, Young and Gardner produced three cars, which were driven 500 miles needed only the replacement of one cotter pin.

One of the cars then was locked away awaiting the start of Reliability Trails which would cover another 2,000 miles. The car won that event without any difficulty and Cadillac received the Dewar Trophy and the sales-boosting title of “Standard of the World.”

For whatever reason, in 1930 Bennett purchased a Nash 494 Straight Eight Sedan, a seven-seat limousine with Sedanca de Ville bodywork. That car, believed to be the only one of its kind still surviving, will be featured at British auction house Barons’ Spring Classic sale scheduled for April 21 at the Sandown Park race course in Esher, UK.

But the Bennett saga didn’t end with the Nash. In 1953, 50 years after he first drive in the UK in that first imported Cadillac, Bennett, at age 79, re-created the effort, and in the same car.

Rather than do the full thousand miles alone, he brought along a driver, one Stirling Moss.

Although nearly 80, Bennett did some work to get ready for the drive, training, he said, “on Coronation beer and an early morning swim.”