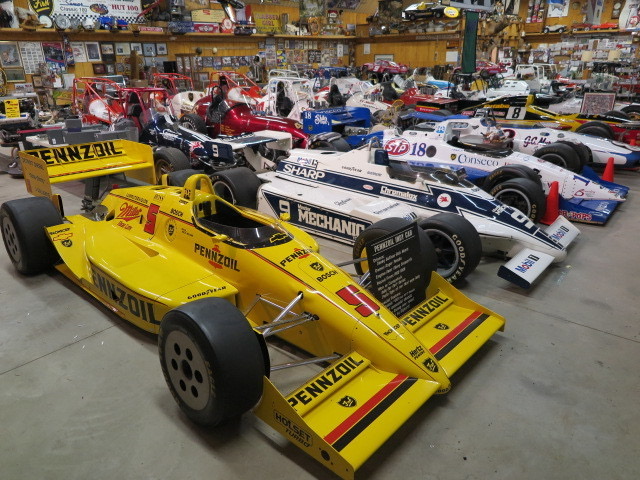 It will take a series on online and then live auctions to disburse the Donald E. “Don” Smith Collection which includes around 130 cars, ranging from a 1931 Pierce Arrow coupe to Indy pace cars as well as sprint, midget, stock and Indianapolis racers, according to Gallivan Auctioneers, an industrial and real estate auction company based in Indianapolis.

Gallivan reports that Don Smith had just become a teenager when he attended the Indianapolis 500 for the first time, back in 1941. Barely a decade later, he and Chapman Root launched their own racing team. Smith promoted sprint car races at the Action Track in Terre Haute, Indiana, where he was director of competition until 1979. He also served on the board of directors of the U.S. Auto Club and the Indy Racing League.

Smith died last year at the age of 90. The Smith Trust is selling a “vast collection of race cars, antique and collectible cars, sports and racing memorabilia, hunting, gaming and Coca-Cola collectibles, antiques, firearms and thousands of other items.”

The sale begins April 10 with the first of four online sessions, which include more than 400 lots of die-cast models. The third online sale, beginning April 24, features Indy 500 memorabilia and autographed racing items.

After the online sales, Gallivan will conduct four live auctions at “Donnieland,” Smith’s home grounds in Terre Haute where his collection is stored. Up for bidding June 16 will be firearms and hunting collectibles. The following day the docket comprises antiques and collectibles.

On June 23, more than 130 vehicles, including classic cars and racing cars, will be up for bidding. The sale ends June 24 with a final session of antiques and collectibles.