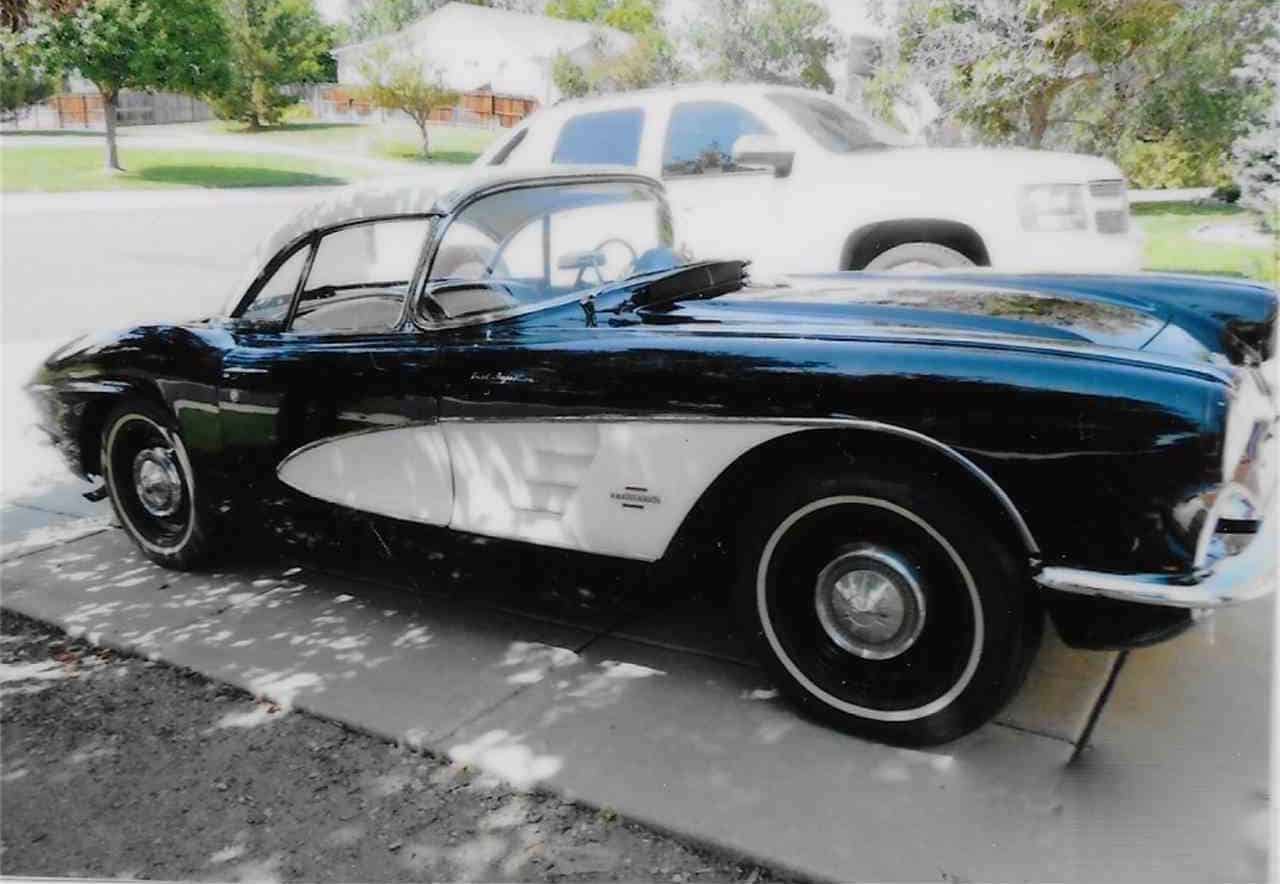 A family owned since new 1961 Chevrolet Corvette is the Pick of the Day, and the family member offering the car for sale on ClassicCars.com calls it beautiful, original and a survivor.

The seller’s father bought the car new in California, where the car resided for 33 years before spending a decade in Arizona. The car is located in Aurora, Colorado, where the father moved to be closer to the rest of the family.

The car has its original 283cid 315 horsepower fuel-injected V8 engines, four speed manual gearbox and hardtop roof. The car was repainted in 1991, the seller notes, and at the same time the chrome was “freshened” and the carpet and seat covers were replaced with OEM parts.

“Other than that, the car is completely original,” the seller adds, and it has been garaged since new.

In addition to the car, the seller has many parts his father acquired, including a new 282 short-block engine, new windshield, new exhaust and new radiator, all of which “may be made available for purchase with the car.”

The asking price is $105,000, which seems a reasonable figure based on the Hagerty Price Guide.