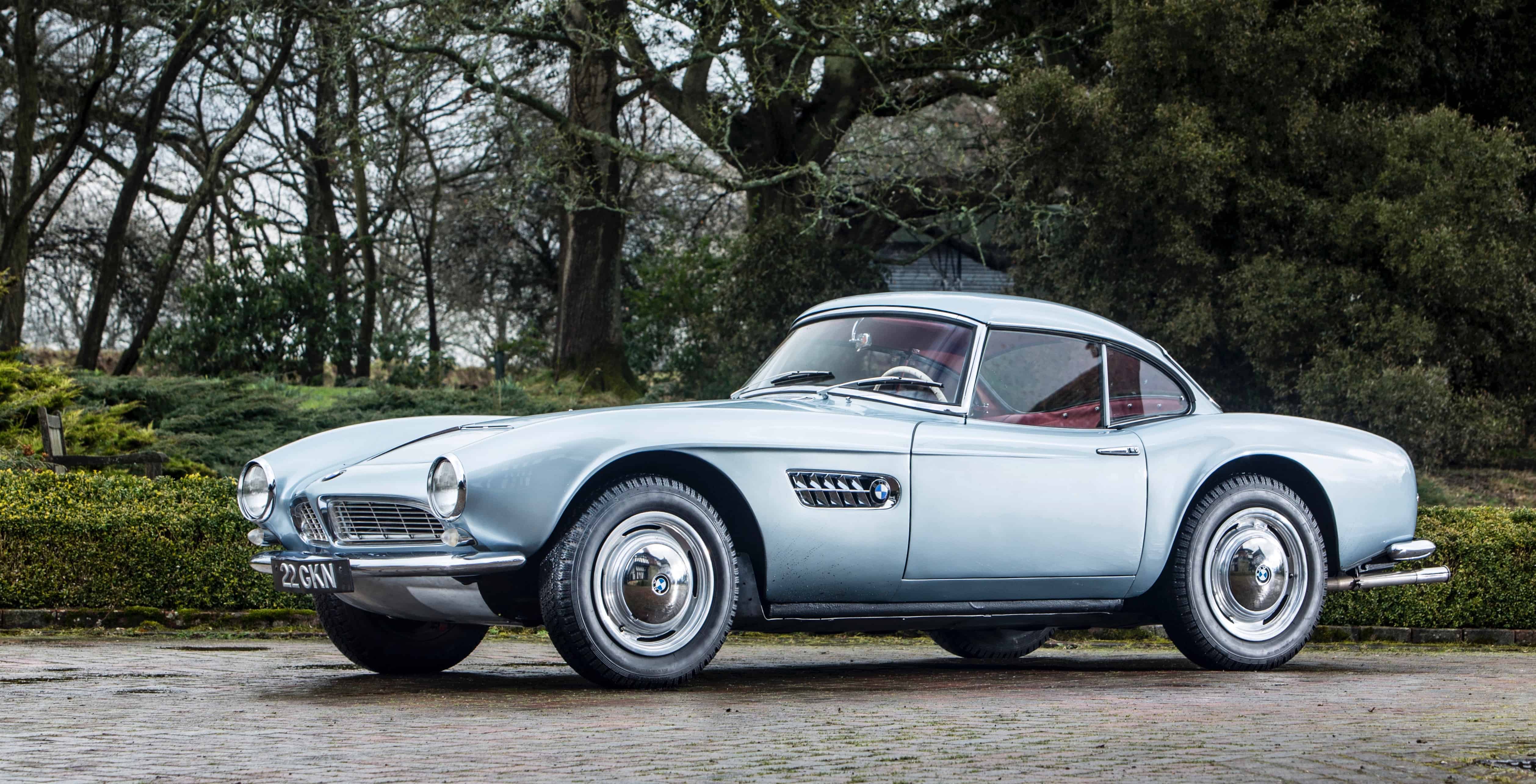 A few months after winning his first world motorcycle racing championship, John Surtees was at the Hockenheim race track in Germany, where he saw BMW engineering director Alexander von Falkenhausen driving one of the company’s 507 sports cars.

The engineer asked the motorcycle racer if he’d like to give the car a drive. He did and, as he recalled later, his impression was that the car was “rather nice.”

Soon thereafter, Surtees was in Italy, visiting Count Domenico Agusta and the MV Agusta factory race shop. When the count said he wanted to buy something for Surtees as a reward for winning the world championship, Surtees suggestee “one of those new BMWs.”

The count asked the price, winced and, “We finally did a deal and went fifty-fifty,” Surtees later recalled.

Surtees apparently earned his 50 percent of the sales price by going back to von Falkenhausen and agreeing to do some development driving for the BMW and soon took delivery of a 1957 BMW 507, which he kept throughout the rest of his life. That 507 will be offered for sale July 13 at Bonhams Goodwood Festival of Speed auction in England.

Surtees would win several more world motorcycle racing championships for MV Augusta and then made the transition from two wheels to four, winning the Formula 1 championship in 1964 for Ferrari. He actually arrived for his first Ferrari drive in the BMW, which led Enzo Ferrari to declare that his racers must drive Ferrari road cars as well.

Surtees reportedly was thrilled to hear that, at least until he discovered that Ferrari had deducted the cost of such a car from Surtees pay as a factory racer.

Besides, Surtees liked his BMW, although he realized quickly that its performance didn’t match that of the one he first drove at Hockenheim. So BMW took the car back briefly, modified its V8 engine and then hired Surtees to do some brake testing in England with Dunlop, which resulted in the car being fitted with disc brakes at all four corners.

“This is not only a beautiful example of BMW’s most elegant and refined sports car from the 1950s,” Bonhams said in its announcement. “It is very much ‘the John Surtees BMW 507,’ a one-owner beauty being offered for the first time at public auction, direct from the estate of one of the world’s most-revered and successful sportsmen.”

Auction action off to slow start at Amelia