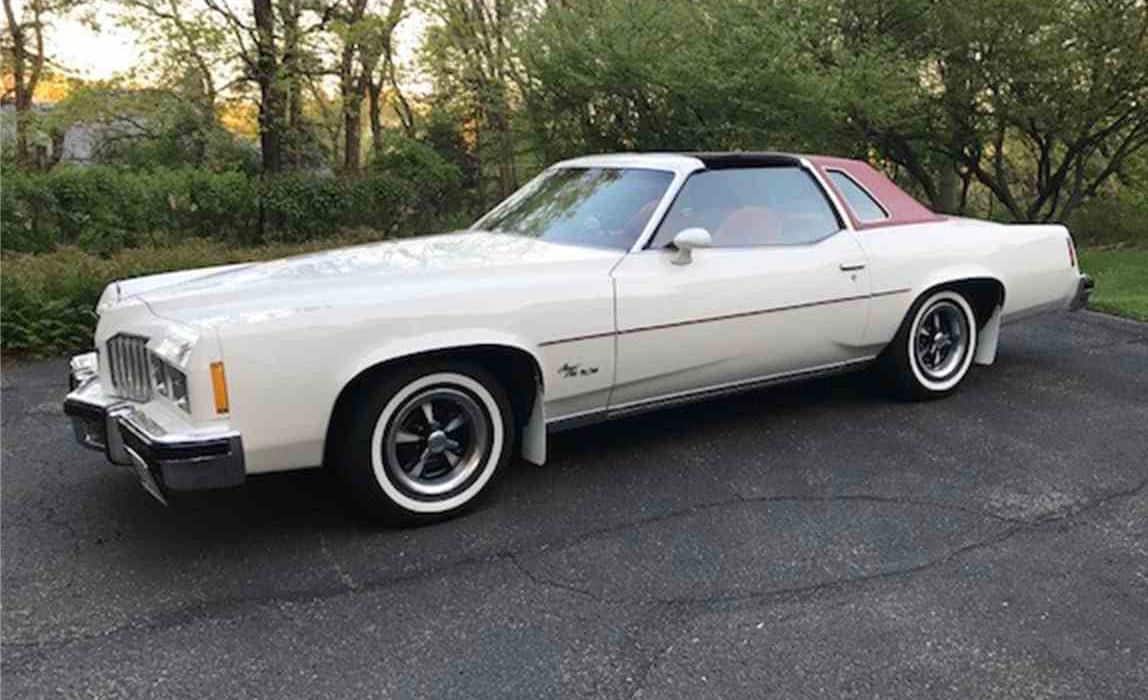 After spending some time with the Goodguys these past few days, I gave myself a mission when it came to selecting the Pick of the Day: Find a car that only recently has become eligible for a Goodguys show and that would make a great canvas for customization so you could take it to one of those shows.

Until this year, only cars produced before 1973 could be displayed at the shows staged by the Goodguys Rod & Custom Association. But to spread their appeal, this year and into the future, the Goodguys will showcase vehicles produced as recently as 1987.

So I set my parameters for my search of ClassicCars.com for 1973-1987 and found several candidates, including the Pick of the Day, this 1977 Pontiac Grand Prix being offered for sale by a private owner in Bloomington, Minnesota.

With its bulging quarter panels and padded and factory-installed Hurst T-Roof , this big Pontiac coupe seems a ripe canvas for customization, even if it’s only cosmetic, maybe wheels and tires and some colorful vinyl wrap (so as not to destroy the car’s history).

And the car has some history, notes the seller, who also is the original owner. The car was purchased new from Malkerson Olds Pontic in Shakopee, Minnesota, ordered in August and delivered that fall. It has never been in an accident nor even sustained a dent, the seller says .

But is has undergone a complete restoration, in 1989, “to make it look like showroom condition and for me to keep as a collector car with many family memories,” the seller says in the car’s advertisement, adding that 1977 was the last year for the Grand Prix in this size and style.

The seller notes that since the restoration, the car has not been driven in snow. In fact, since its restoration, it has been driven less than 30,000 miles, stored each winter in a building at the county fairgrounds.

The seller has all service records in a three-ring binder and is parting with this V8-powered family treasure/time capsule (complete with cassette player) because of “age and downsizing.”

And after reading the entire advertisement, I’ve changed my mind. I wouldn’t want to change any aspect of this vehicle. It should simply be maintained as is, enjoyed on weekend drives, with a new family adding its memories to those of the original owner’s clan.

Which means I need to go back to the listings to continue the search for a car to customize so I, too, might be considered one of the Goodguys.