What makes Amelia Island such a wonderful event?

For many of us, the annual Amelia Island Concours d’Elegance is our favorite classic car event in the United States. There are a number of reasons: It presents some of the best cars in the world, and with a focus on sports and racings cars. But it also has a wonderful sense of humor and whimsey, each year presenting a class or two of cars that are just fun. It has a seminar component that others have copied it, but none have mastered. It also has a level of hospitality that blows all other concours events away.

The recent and 23rd annual Amelia Island showcase was one of the best yet with the concours celebrating IMSA GTP racing cars, 60 years of the Jaguar E-type, the cars of Ed “Big Daddy” Roth, cars raced by the event’s grand marshal, Emerson Fittipaldi, and rare MG sports and racing cars, among others.

Of these classes, the shining stars were the large group of IMSA GTP racers and the Ed Roth hot rods. The GTP display presented a timeline of cars that raced in the series. The Roth cars represented the most famous custom cars from the world renowned builder and looked for the world like a bunch of life-sized Hot Wheels.

The seminar component linked into the GTP cars with a panel of drivers, team owners, and race officials. But Amelia didn’t just dwell on the past, there also was a seminar on our electrified future.

The grand marshal car display had everything that Emmo drove, from the most pedestrian Renault to McLaren and Lotus 72 F1 championship racers, Indy 500-wining cars, and more.

Fittipaldi also was the honored guest at the concours banquet, where he was interviewed by Bob Varsha and explained what racing was like in the sport’s golden era.

It is all of these various events, combined with five classic car auctions and events such as Porsche Werks Reunion that come together to make Amelia so great.

Oh, and there’s another thing great about Amelia Island: Anyone is able to attend any and all of the events. You don’t need an exclusive invitation. This inclusiveness is part of what makes Amelia Island special. Nothing is off limits. You simply need to purchase a ticket, and the bonus is that proceeds go to charity.

And, in reality, it all traces to the genius of Bill Warner, the guiding light of the event from the beginning and the man who has somehow assembled all of these amazing elements so seamlessly into such a great event. Amelia is Bill’s show and we all in the collector car hobby owe him a tremendous debt of gratitude. 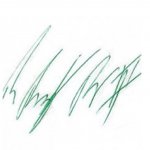 A photographic tour of the Amelia Island concours