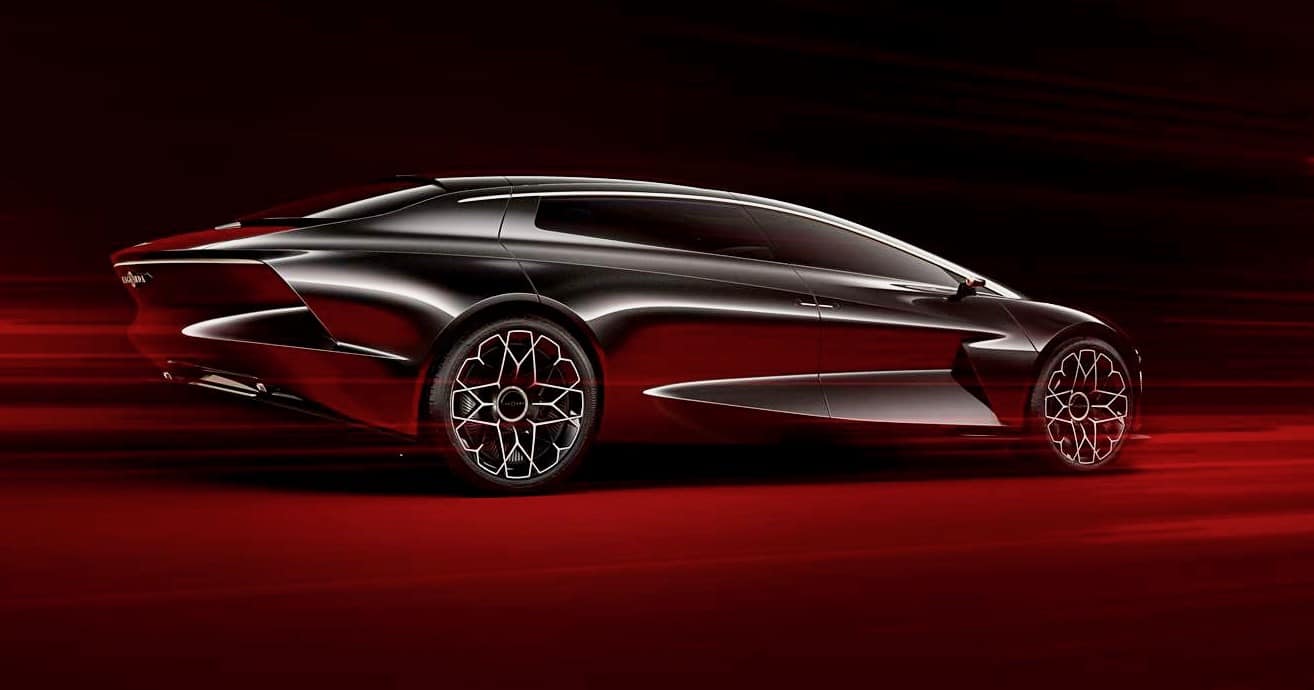 The Lagonda brand, among the most revered by car collectors, is making another comeback. At the Geneva Motor Show taking place this week in Switzerland, Aston Martin unveiled the Lagonda Vision Concept car, a vehicle which “provides the first clues to the Lagonda models of the future.”

And just what is that future?

“Lagonda aims to be the world’s first zero emission luxury brand,” Aston Martin announced, adding that it plans to put Lagonda back on the road by 2023, potentially with two models designed as “a reinvention of the world-renowned luxury marque, unapologetically taking full advantage of the latest advances in emission-free powertrain and autonomous driving technologies.”

In other words, in re-launching Lagonda, the British marque will be “defining a new era.”

The low and sleek concept is designed to leverage an electric powertrain to maximize the passenger compartment, which seats four people within British wool, silk and cashmere, carbon fiber and ceramic tiles, Aston Martin noted. As an autonomous vehicle, designers also enjoyed the flexibility of a steering wheel that can be moved left to right, or even retracted entirely so the front seats can rotate for face-to-face conversation with those riding behind.

The Lagonda brand dates to 1904, and while “the most English of cars throughout its life,” notes the Beaulieu Encyclopedia of the Automobile, it was founded by an American and named for a creek in Ohio.

The American was Wilbur Gunn, a machine engineer and opera singer who moved to London, did not succeed in his singing career and started making motorcycles and marine steam engines. He named the Lagonda Motor Cycle Co. after the Lagonda Creek back in his hometown of Springfield, Ohio. Ough Okonda was Shawnee for “buck’s horns,” which French settlers heard as La Okonda, or Lagonda to English speakers.

Two wheels begat three, and then four on vehicles Gunn sold primarily in Russia, where he and a co-driver won the 1910 Russian Reliability Trial in his 16/18hp tourer, a car ahead of its era with trailing-arm rear suspension, monocoque construction, anti-roll bars and the first “fly-off” handbrake.

Perhaps buoyed by that success, Gunn focused on the British market, but, the auto encyclopedia notes, became “worn out by his ceaseless work contributing to the war effort of his adopted country” and died in his early 60s in 1920.

Those who succeeded him at Lagonda took the company in new directions, producing luxurious and powerful vehicles. A Lagonda Rapide won the 24 Hours of Le Mans race in 1935, finishing some five miles ahead of the runner-up Alfa Romeo 8C and about 60 ahead of the third-place Aston Martin Ulster.

While it won at Le Mans, the company was suffering financially, was purchased in receivership by an attorney who put W.O. Bentley in charge. But by the end of World War II the attorney had lost interest in Lagonda and in 1947 sold it to David Brown, a tractor manufacturer who had just acquired Aston Martin.

The brand enjoyed a brief resurgence, with production ending in the late 1950s, although there were periodic restarts of limited-edition vehicles bearing the Lagonda name.