Pedal cars! Ah, the memories. Mine was a fire truck. And if I still had it, it probably would be worth more than my first real car.

Triggering this fit of nostalgia is news that British auction house Brightwells will stage a special sale of more than 140 classic pedals cars from the Jaguar Land Rover Classics Collection on March 21 at Bicester Heritage, the collector car and aircraft center in the UK.

And all of those human-powered machines will be offered at no reserve. 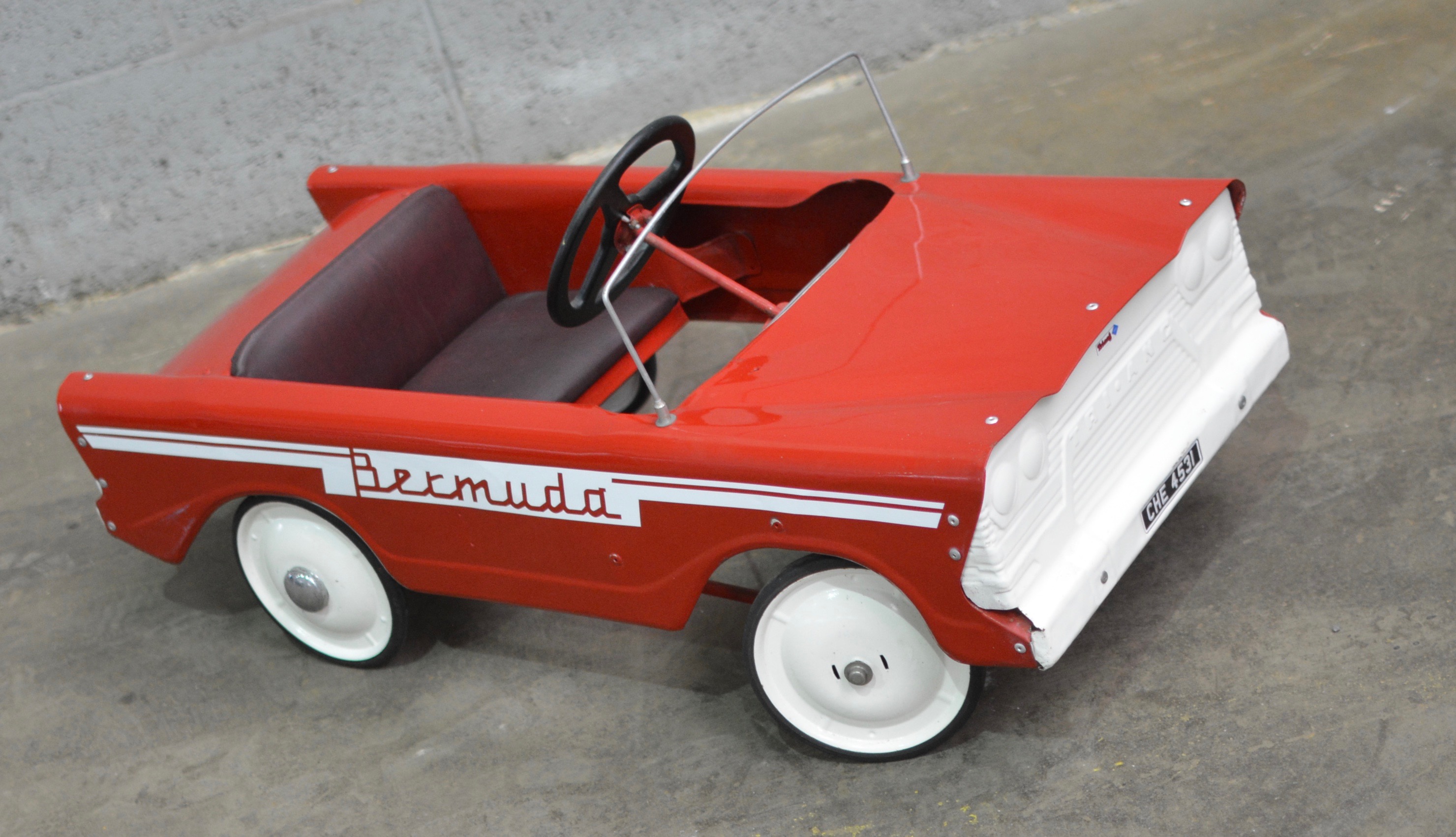 “Mirroring the history of the automobile itself, the pedal cars span virtually every decade of the past 130 years and range from highly detailed miniature vintage Bentleys and pre-war racing cars made from metal, to a modern BMW Z4,” the auction house reported in its news release.

“In the early 1900s, pedal cars were widespread, especially in the heartlands of motorcar manufacture powerhouses like America, Britain, Italy and France. Although they were ostensibly aimed at children, most of these pedal cars were just as well-made as their full-size brethren with enameled steel bodies, opening bonnets and boots, working brakes, steering and headlights, leather seats and adjustable pedals. Some even had miniature electric engines.”

“Pedal cars are part of our motoring and social history,” added Dan Geoghegan, managing director of Bicester Heritage. “To host another fantastic auction with our partners at Brightwells will give a further reason for car enthusiasts from around the globe to visit us on sale day, and we look forward to welcoming them and to show all that Bicester Heritage has to offer.”

Bicester Heritage is the new name for a former Royal Air Force base that since 2013 has been converted to the home of more than 30 businesses that specialize in vintage vehicles and related goods and services.

“The unique ecosystem of businesses based at a beautiful 348-acre former WW2 RAF Bomber Training Station acts as ‘marina-like’ cluster, promoting skills and expertise, employment, qualified customer footfall, shared business incubation and aggregate growth. Collectively, Bicester Heritage is all about driving the future of the past,” the news release noted.

Brightwells has become the auction partner of Bicester Heritage. In a separate auction also on March 21 it will offer more than 100 real vehicles from the Jaguar Land Rover Collection.

Pick of the Day: 1941 pedal car has undergone restoration