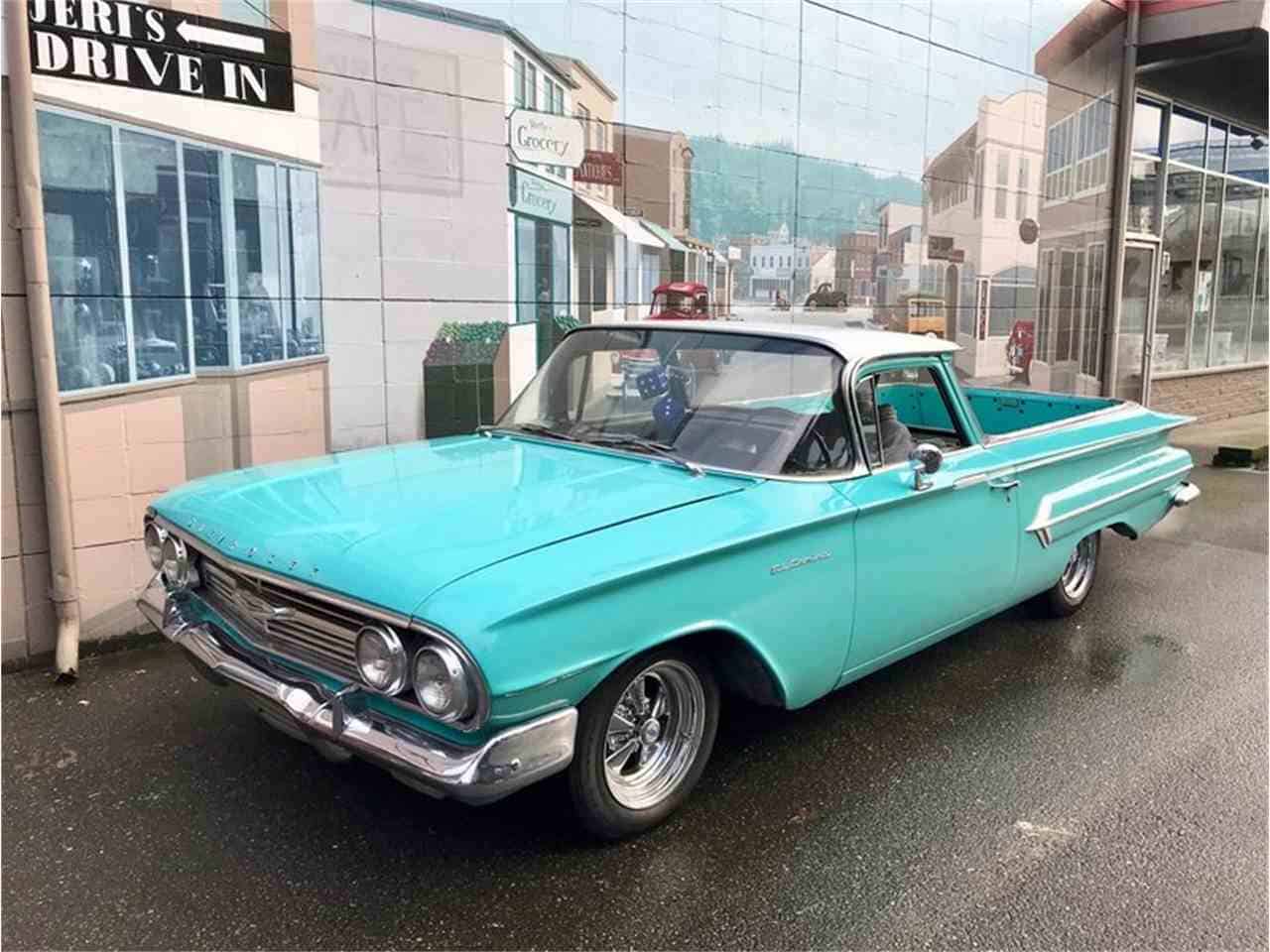 With its cat’s-eye tail lamps and curvaceous rear quarter-panels, the inaugural 1959 Chevrolet El Camino may be the most iconic of that model. But the more square-styled 1960 version might be even more collectible.

My recollection is that fewer were produced, and there wouldn’t be another one until the 1964 model year when there was a new mid-sized Chevelle to provide its platform for a personal pickup application.

Pick of the Day is a 1960 Chevrolet El Camino advertised on ClassicCars.com by a collector car dealer in Seattle, Washington.

The dealership notes that it bought the car from a private owner located in Sparks, Nevada. That person had purchased the pickup in 2013 and “started buying parts for it and getting it ready to paint.”

The new paint — Code 915 Tasco Turquoise — was applied by Blade Chevrolet. The seat also was reupholstered, as were the interior door panels.

The dealership believes the 283cid V8 engine to be the original powerplant, though it was converted from a 2- to 4-barrel carburetor.

The transmission is “three on the tree.” The El Camino has neither power steering nor brakes, but it does ride on 5-spoke Cragar aftermarket wheels, which enhance the vehicle’s look and stance.

“Joe, at Old School Garage, did the service and safety check,” the seller says of the car that shows 45,465 miles on its odometer, adding that Joe even got the gas gauge working again, was not happy with the clutch so he installed a new one.

The seller notes there is “some rust in the floor pans.”

“This is a very good driver-quality El Camino,” the seller said.