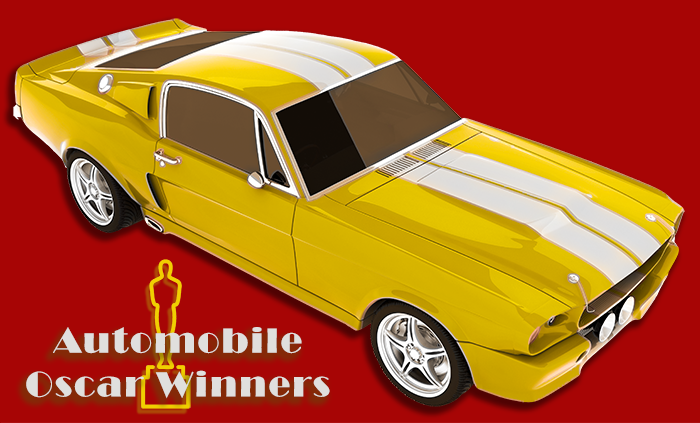 The vehicles in films transport the audience to another time, perhaps even back to the future. Without speaking in words (unless the movie is Cars), they sometimes fill a leading role and can even inspire a new generation of car enthusiasts.

As we drive toward the 90th Academy Awards ceremony on Sunday night, we’d like to give credit to the cars that appeared in these Oscar-winning films.

Let’s begin with one of this year’s nominees for Best Picture. In a period-piece, classic vehicles are to be expected. Winston Churchill (Gary Oldman) is chauffeured throughout the film in a beautifully maintained 1936 Humber Pullman.

This nostalgic film took home six Oscars in 2017. The film was a throwback to the classic musicals of Old Hollywood, so the fact that Ryan Gosling doesn’t drive a true classic in the film was an interesting choice.

Winner of both Best Picture and Best Original Screenplay in 2006, this drama depicts a diverse cast “crashing” culturally, emotionally and—in the final scene—physically. While the focus of the movie is on the characters, their stories unfold while driving.

Who could forget this steamy scene from the most Oscar-winning film of all time?

It’s a toss up on whether there are more actor or vehicle cameos in this Oscar-winning film. A Willys Jeep station wagon, Mercury Montclair, Plymouth Belvedere, Ford Super Deluxe, Ford Fairlane Sunliner and a Dodge Dart are just a few of the vehicles seen racing to recover the mysterious treasure waiting at the end of the road.

Bullitt won the Oscar for Best Film Editing, and it shows during the climactic car chase. For a film deemed culturally and historically significant enough to be stored in the Library of Congress, should the newly discovered Mustangs from the film be secured in Fort Knox?

This was the first film to feature Bond behind the wheel of his iconic Aston Martin. Now it’s hard to imagine a better pairing than super spies and super cars. Goldfinger won the award for Best Sound Effects and Sean Connery won us all over with that iconic accent.

Winner of four Oscars for Best Picture, Best Actress in a Lead Role, Best Writing and Best Makeup; this film may not be a favorite with muscle car fans. But luxury vehicle lovers might enjoy riding along with Miss Daisy in her Hudson Commodore and her collection of Cadillacs that are featured throughout the film.

The French Connection won an impressive five Oscars in 1972: Best Picture, Best Actor in a Leading Role, Best Director, Best Writing and Best Film Editing. The Best Picture award could be attributed to the film’s realism, especially during the final car chase, as the sequence was filmed without permits on the public streets of  New York City.

This list wouldn’t be complete with the star of the classic time-travel film Back to the Future. The film won an Oscar for Best Sound Editing in 1986 and established the stainless steel DeLorean as a hot collectible for car and film fanatics.

The Volkswagen “minibus” seems to represent the varied dynamics of the Hoover family in this Best Original Screenplay-winning film: barely functional, claustrophobic and running on fumes.

A 1966 Thunderbird convertible is the star of the film’s finale as Thelma and Louise drive it full speed off a cliff out in a commitment to living (and ending) life on their own terms. The ending helped win the film an Oscar for Best Writing in 1992.