Bueller’s Ferrari, McQueen’s Mustang among cars to be displayed on National Mall

“Bueller? Bueller?” While the whereabouts of the most famous truant of the 20th Century was a mystery to Ferris Bueller’s teacher, the replica 1961 Ferrari 250 GT California used in the movie will be on display for all to see March 30 through April 2 when the Historic Vehicle Association launches its annual Cars at the Capital exhibit on the National Mall in Washington, D.C.

This will be the fourth annual Cars at the Capital display, and this year it will stretch throughout the month of April, with five vehicles taking their turns being displayed in a glass garage that will be lit at night for round-the-clock viewing by Mall visitors.

In recognition of their significance to American automotive history, the five vehicles selected for display include four that are the latest to be added to the National Historic Vehicle Register, which now includes 24 vehicles.

“These cars are some of the most important automotive and cultural examples that reflect the early days of our American automotive history as well the role automobiles have played in film history,” Mark Gessler, HVA president, said in a news release.

“They all tell a uniquely American story and reflect the broad impact the automobile has had on our culture.”

The cars, with their dates on the Mall, are:

Rather than risk destruction of one of the world’s most expensive sports cars, John Hughes, director of Ferris Bueller’s Day Off, had Neil Glassmoyer and Mark Goyette of Modena Design and Development turn a Modena Spyder into a replica of the 250 GT California. Actually, this is just one of three replica cars created for the movie. Among the others was the one that crashed backward out of a glass-walled garage of a mid-century modern house and flew to its destruction in a ravine. On display March 30-April 2. 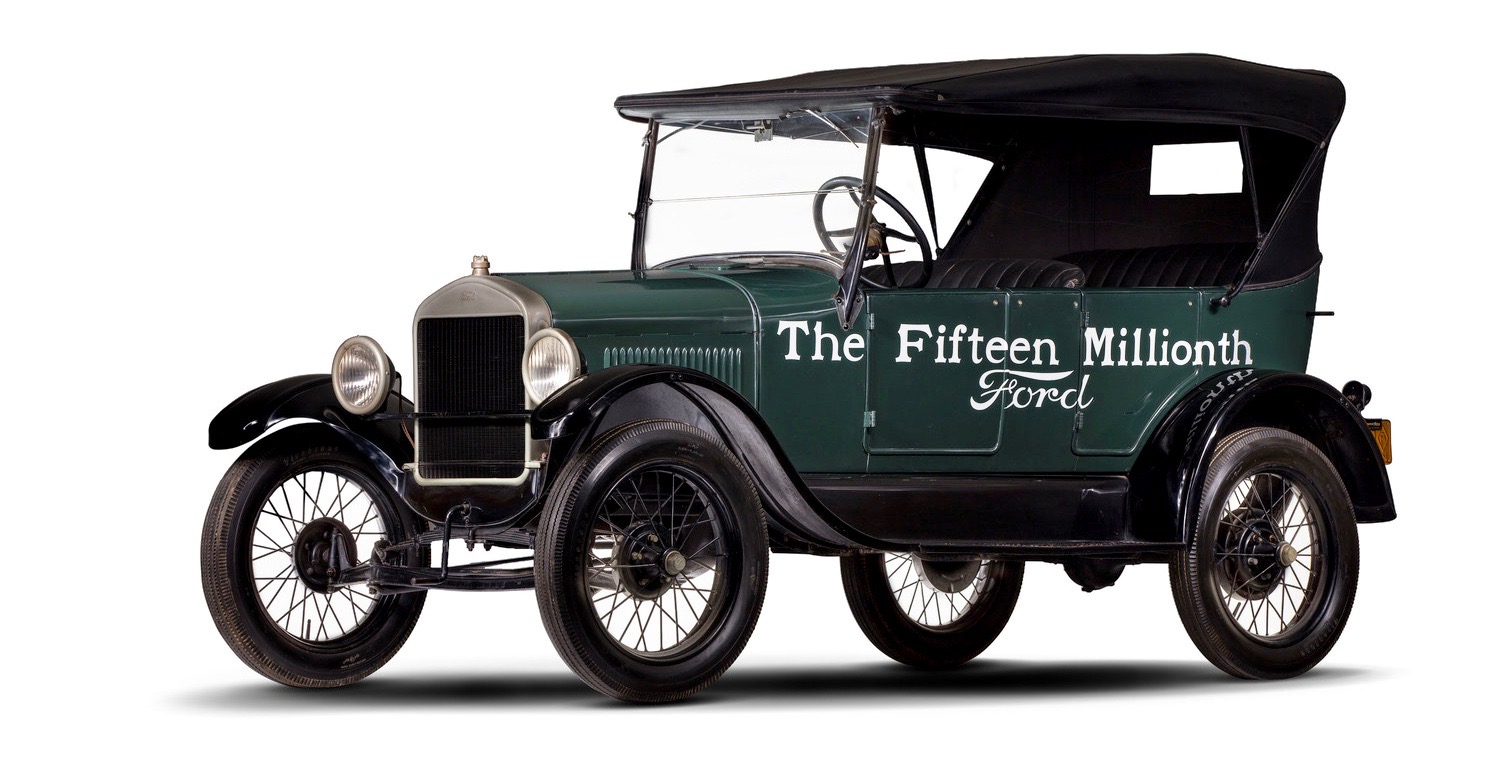 And not just any Model T but the 15 millionth one produced. VIN 15000000 was among the last of the Tin Lizzys produced over a 19-year run; it was driven off the Highland Park assembly line by Henry and Edsel Ford. On display April 3-9.

This was the first Chrysler minivan and is a 12,000-mile unrestored people mover that came off the assembly line in Windsor, Canada, on November 2, 1983. Minivans had a huge impact on American families and were so popular that every major automaker created its own versions until they fell out of fashion, largely replaced by crossover sport utility vehicles. On display April 10-16.

This is the hero car driven by actor and motorsports enthusiast Steve McQueen in the movie Bullitt. Thought by many to have been lost, the car re-emerged earlier this year from the family that has owned it since 1974. On display April 17-23.

This car, known to the U.S. military as U.S. 1257X, was the fourth vehicle added to the historic register and is the only known survivor of the vehicles used by the U.S. military in World War I. It was put into service in France to help set up rest areas for soldiers. On display April 24-30.

Story of The Black Ghost, a Hemi Challenger street racer, told in video

Rear view: No. 5 – Hagerty expands its business, and the collector car hobby