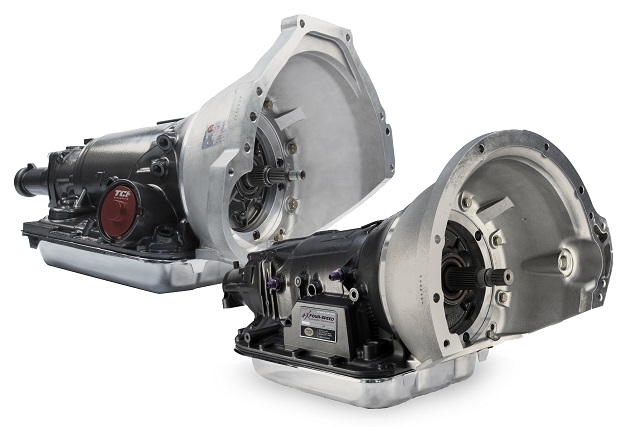 TCI Automotive has expanded its drivetrain lineup with new 4x four-speed transmissions that allow the use of a popular 4L80E or 700R4 transmission with non-GM performance applications.

Both the 4L80E-based and 700R4-based versions of the 4x four-speed feature an SFI-spec adapter bell housing for easier installation of the transmission behind a variety of Ford, Chrysler and GM engines.

The electronic overdrive on the 4L80E-based transmission also includes an adapter flexplate that uses the engine crankshaft bolt pattern and the GM torque converter pattern. It is rated to 875 horsepower and can be used with an original GM transmission controller or a TCI EZ-TCU.

The fully mechanical 700R4-based transmission also includes an adapter flexplate, transmission cooler, dipstick and all necessary hardware, the company said in its news release. The unit is designed with street rodders in mind and will be sold in two power levels: 550 and 750 horsepower.