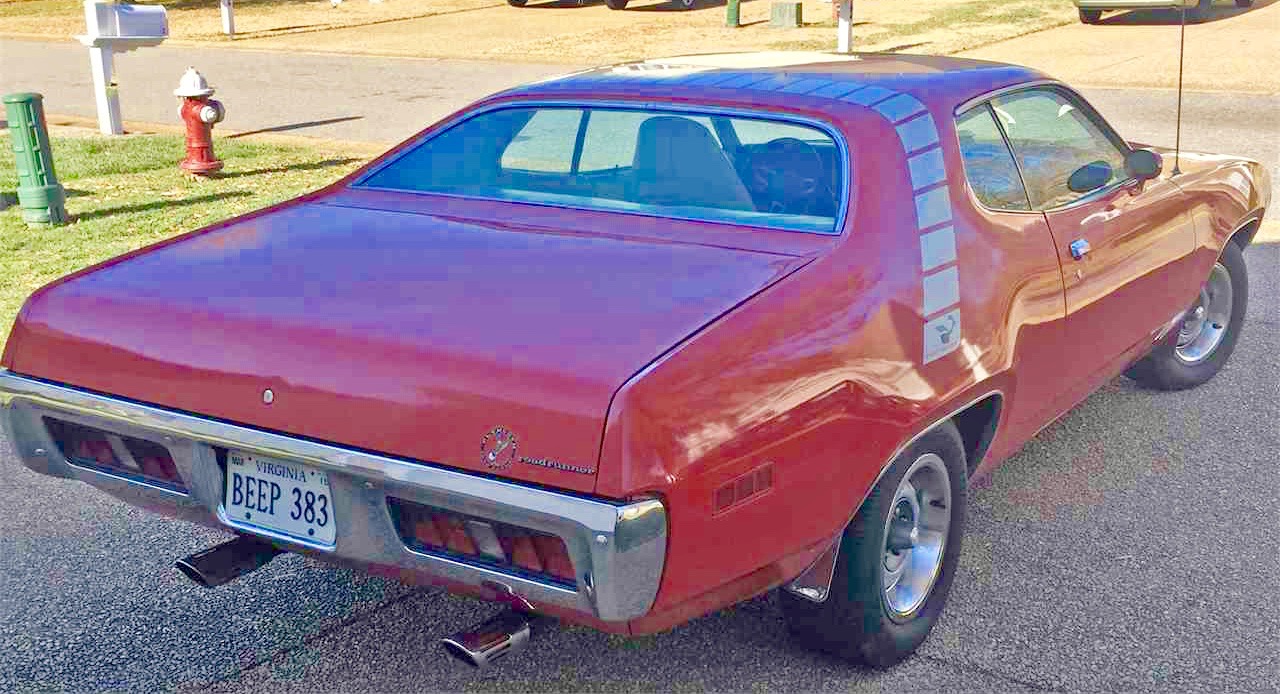 Ah, the freedom automotive designers and engineers had back in the day. Take, for example, Plymouth’s Satellite model lineup for the 1971 model year.

The cars featured Chrysler’s new “fuselage” body styling, but as the Standard Catalog of American Cars points out, “not a single panel of sheet metal interchanged on the two different basic types of cars,” those being two-door and four-door models.

There were nearly as many model names as variations, what with Satellite, Satellite Sebring, Satellite Custom, Satellite Sebring-Plus, Satellite Brougham and Satellite Regent station wagon, as well as our Pick of the Day, a 1971 Plymouth Road Runner being offered by a private seller in Williamsburg, Virginia.

The car being advertised on ClassicCars.com is a stunning red with a white rally-style stripe running from the rear quarter panels, up the C-pillars and over the roof.

According to the car’s advertisement, the seller’s father bought the car from the original owner in 1993. At the time, the odometer read 194,953, and in the ensuing years the family has added another 14,100, and kept the car garaged when not on the road.

The car has power steering and automatic transmission, and the white seating surfaces have been replaced in recent years.

The seller also notes that the carburetor was rebuilt and the fuel system flushed in November 2017.