Elvis Presley engraved wristwatch to be auctioned in Geneva 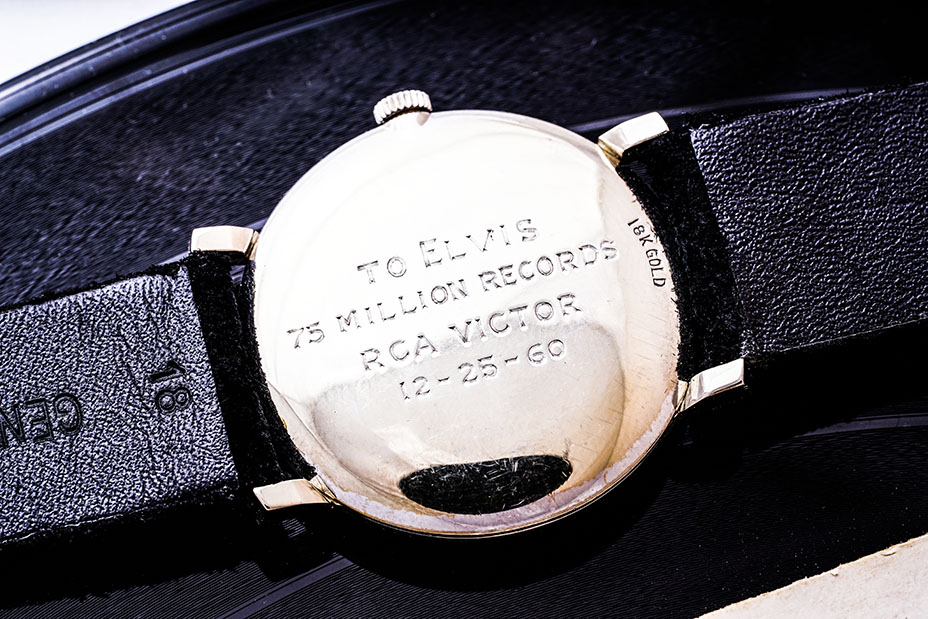 A diamond-studded Omega wristwatch that once belonged to Elvis Presley, awarded to him by RCA Records for the record-breaking sale of his records, will be offered during Phillip’s Geneva Watch Auction: Seven on May 12-13 in Switzerland.

The watch was given to Presley by his record company to mark his milestone of 75 million records sold, more than anyone to date, which was reported on Christmas Day, 1960.  The watch is encased in 18k gold with the engraving on back: “To Elvis, 75 Million Records, RCA Victor, 12-25-60.”

Phillips, which is holding the watch auction in association with Bacs & Russo, said the watch marks a significant moment in musical history.  Presley was at the height of his career when he began serving a two-year commitment in the Army, with record sale still thriving.  The sales record was reported the year that he returned home.

Presley did not the keep the watch for long, according to Phillips, trading it at a Las Vegas bar for a diamond Hamilton watch worn by another patron, who took possession of the historic timepiece.  The Elvis watch stayed in that family, and the current owner is the nephew of the man who traded with Elvis.

Presley was well-known for giving away valuable items, including numerous watches that he bought or were given to him, as well as a penchant for giving away new Cadillacs to family members, associates, even strangers.

For information about the watch auction, visit the Phillips website.