“Affordable” seems oxymoronic when applied to anything related to vintage racing, yet in both the U.S. and U.K., not only reasonably priced but downright inexpensive vintage racing appears to be catching on.

Just across the highway from the National Corvette Museum in Bowling Green, Kentucky, the NCM Motorsports Park is staging its “King of the Heap” winter racing series, which is open only to cars valued at $1,000 or less. And to guarantee no one is going too deeply into their pockets, you can claim any competitor’s car for $1,500.

The most recent King of the Heap competition was held this past weekend. The way it works is that each car has to have a four-person driving team. Each driver competes in four events — autocross, rallycross, track and an eighth-mile drag race. However, each driver’s fastest time can count in only one event toward the car’s point total.

Oh, and while the cars may be inexpensive, they still must have all body panels, seatbelts or full safety harnesses, are limited on the loudness of their exhaust, must run on a spec tire, and the races are run rain or shine — or snow!

There’s one more race date for the series — March 3.

Also in the U.S., the 24 Hours of Lemons racing series continues with its next events February 17-18 at Wilcox, Arizona, and March 24-25 at Sonoma, California.

Across the pond, and for the first time, the annual Silverstone Classic vintage races will include what organizers are calling the “Saturday showdown for a special grid of reasonably priced classics.”

Nearly 60 vehicles from the 70s Road Sports group and the Historic Road Sports Championships are expected for the grid for a one-off, 30-minute race.

“While many of the fabulous races at the Classic showcase some of the world’s finest race cars from great bygone eras, it’s equally important that we include races that are more accessible to a wider audience,” Nick Wigley, veteran vintage racer and the event’s chief executive was quoted in a news release.

“Not only is it possible for enthusiasts to buy a competitive Road Sports racer for less than £10,000 ($14,100), but lots of the well-respected marques on the grid reflect the classic cars owned and driven by the many thousands of car club members coming to the festival.”

Road Sports competitors are road-legal production cars. The Historic group allowed vehicles produced between 1947 and 1969. The 70s group limits its cars to the decade of the 1970s. Bodywork must remain standard but “minor modifications” are allowed to engines and suspensions.

“We all love admiring the timeless masterpieces that grace most of the fantastic grids at the Silverstone Classic but, in reality, the sport can be expensive – that’s where our two Road Sport series come in,” said Grahame White, head of the Historic Sports Car Club.

“These championships offer those enthused by the thriving retro-racing scene a very affordable way to share in the nostalgic excitement. Hopefully, many of those attending the Classic will be inspired to join us in the future.” 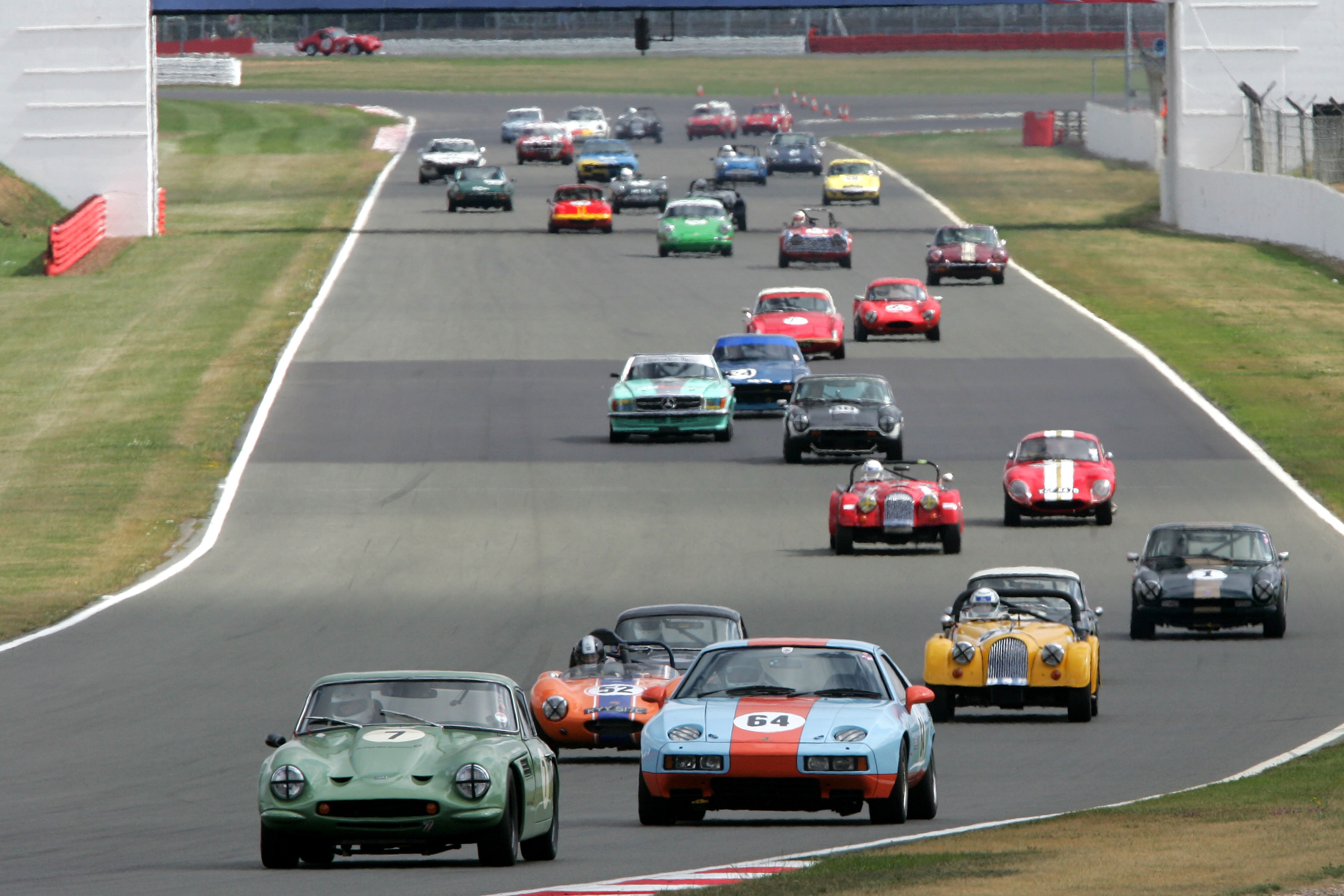