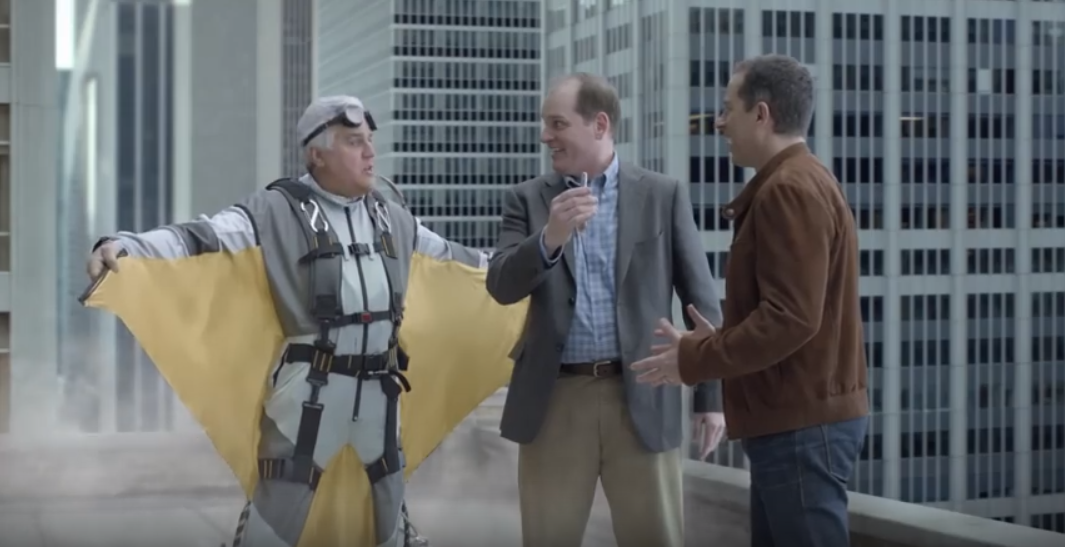 The Super Bowl has all the essential components of classic entertainment: drama, suspense, good vs. evil (depending on your perspective). But where are the laughs? That’s where the ads come in.

Super Bowl commercials have become so anticipated that some people tune into the game just to see the latest beer and car commercials. One view of these hilarious ads and it’s clear why.

The external speakers make the Honda Ridgeline perfect for tailgating or sheep karaoke.

Should the dad really being encouraging his child’s “dark side?”

Try not to smile while watching this Volkswagen ad.

American teens were probably skeptical — if not paranoid — of their fathers’ Hyundais after seeing this ad.

Not a car commercial, but likely the funniest tire ad ever.

Is there anything funnier than actually thinking a Prius is cool? Dream on Toyota! But from the series of commercials, it seems Toyota was in on the joke.

This ad was actually submitted to an independent film contest and got so many laughs Chevrolet aired it during the Super Bowl. Filmmaker’s dream come true!

One of the funniest jokes in this ad is only half a second long! Pay close attention to the town sign at the very beginning.

Storytime: The first time I was submitted to this form of punishment I thought I was meant to eat the soap. My mom laughed so hard she forgot why I even had soap in my mouth in the first place.

Is this what they mean by “die doing what you love?”

If every Kia came with a Christopher Walken, would it sell more or fewer?

This ad is funny and it teaches some great lessons about conservation.

Didn’t know whether to laugh or to cry at this one.

How great would it be to bribed by Jerry Seinfeld?

Some people think it’s funny to see Melissa MacCarthy in peril… those people are right.

Which ad made you laugh/exhale unexpectedly through your nose/smile?
What’s your favorite Super Bowl commercial of all time?

What was your favorite car-centric Super Bowl commercial?