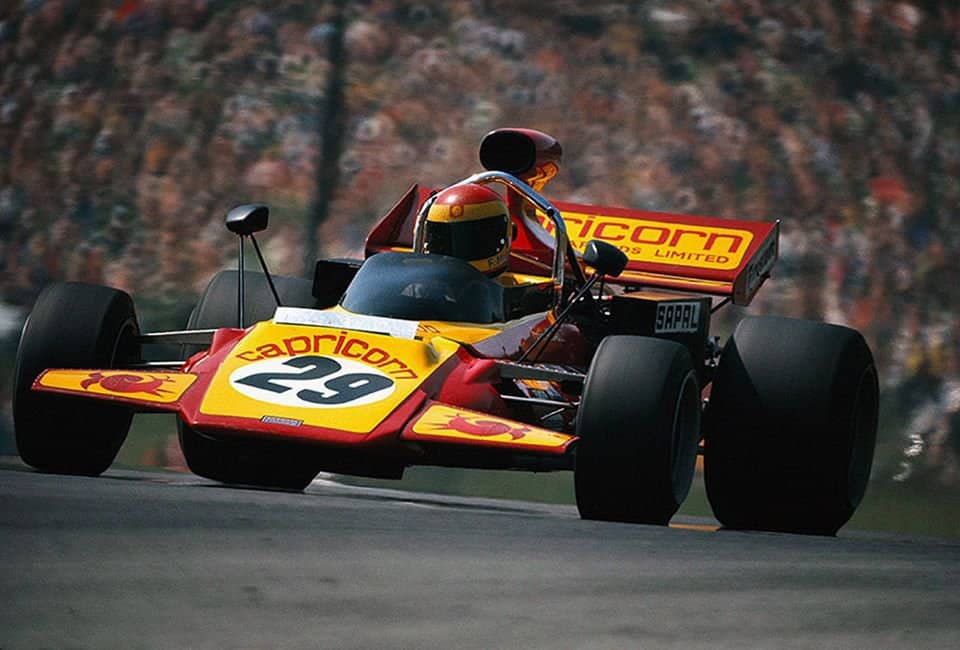 Some 40 years after they created the car in the first place, the crew that built the Connew Formula One car has restored the racer and will display it February 23-25 at Race Retro at Stoneleigh Park, Warwickshire, the event organizers have announced.

“The car… was built in a time when F1 was possible for those with big ambitions and small budgets, and not just a pipe dream,” the show organizers reported in their news release.

“Peter Connew was a designer at Team Surtees who decided to build his very own F1 car and in 1970 set out to do just that. The first designs were drawn up by Peter early that year, and although the car was completed by spring 1972, what’s truly amazing is the team comprised just three people working on a tiny budget.”

Connew’s cousin, Barry Boor, was a woodworking teacher who produced the car’s fiberglass bodywork and a friend, Roger Doran, served as chief mechanic. The car was powered by a second-hand Cosworth DFV engine obtained from Team McLaren.

The car missed the French Grand Prix, attempted a qualifying run at the British race and the team was refused permission to compete at the German F1 event.

Things went better at the Austrian round of the schedule.

“We made it to Lap 22 before retiring with suspension failure,” Connew recalled.

The car’s final F1 racing effort came at the World Championship Victory event held at Brands Hatch, where David Purley was scheduled to drive the car.

“David had paid for the engine re-build,” Connew explained. “He’d asked for an engine ‘kill switch’ to be fitted to the steering wheel but when its electrical wiring failed on the warm-up lap he had to retire the car.”

Out of money, the team installed a Chevrolet engine for the 1973 season and ran a few Formula 5000 events, but suffered from a lack of reliability and finally a crash.

Connew put the car into storage for four decades, but two years ago he got the gang of three together again to start the car’s restoration.

“As Peter himself says, ‘We really were one of those garagistes that Enzo Ferrari talked about’.”

The Connew F1 will be featured at Race Retro along with a celebration of the 40th anniversary of the ground-effects era, a tribute to David Richards and Prodrive, 30 years of Jaguar at Le Mans, and Porsche’s continued commitment to motorsport.